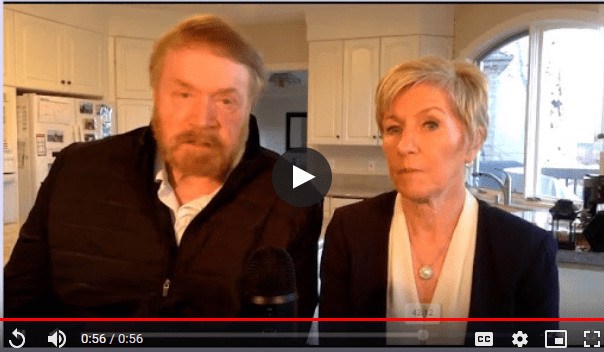 The Colorado Times Recorder calls out bigotry, racism, hate, and insensitivity that cling to fringe elements of humanity.

But at what point is it counter-productive to shine our spotlight, such as it is, on conservatives who fully admit they’re delivering ugly online outrages simply to get attention?

Case in point: Chuck Bonniwell was fired last year from KNUS radio after the Colorado Times Recorder reported on his wishing for a “nice school shooting” to break up the monotony of the impeachment hearings.

He apologized to varying degrees multiple times in December, saying it was a joke.

But last week, he bragged about making the nice-school-shooting comments.

“I don’t say things I don’t believe,” said Bonniwell, who’s the publisher of the Cherry Creek/Glendale Chronicle, last week on his Chuck and Julie podcast, which has conservative sponsors.

“We got thrown off the air, because I say things I believe.”

“Well, you didn’t believe your comment there,” said his wife and co-host Julie Hayden, a former Fox 31 Denver reporter, trying to remind Bonniwell that he’d apologized for the remark previously.

But Bonniwell would have nothing of it.

“We ought to have a nice school shooting in which nobody gets hurt,” said Bonniwell. “Just something to take it off the stupid impeachment.”

Bonniwell’s unapologetic bravado is a far cry from what Bonniwell told the New York Times about his school-shooting comment in December of last year.

“Mr. Bonniwell said in a phone interview on Thursday that he regretted his remark,” reported the Times.

“We’ve been in radio for a long time,” the Times reported Bonniwell as saying. “You’re going to say lots of things that are controversial. You don’t expect some things to be the end of your show. You can’t do 15 hours of trying to be provocative and fun, and not say something that you regret.”

“And so you get canceled,” Boniwell told the Times. “And you always know that’s a possibility. That’s just the way the business works. We enjoyed the program and we enjoyed the listeners. There’s no hard feelings.”

Why did Bonniwell express his regret to the New York Times and elsewhere, and then, on his way-right-wing podcast last week, talk as if he never said anything like that?

So what do we, as progressive journalists, do with conservatives like Bonniwell?

Our approach has been to air out hateful speech, under the assumption that it spreads and gains strength in the dim light of the conservative underworld, mutating into other horrible strains without resistance and discussion and education.

But the spread of disinformation online–and the rise of cold-hearted purveyors of it–has clearly changed things.

We reported on Bonniwell, whose show is supported by the GOP right, this time because his previous apology for the nice-school-shooting comment was published in the national newspaper of record.

But going forward, we’ll try to ignore him, unless some substance can be squeezed from his self-serving extremism.