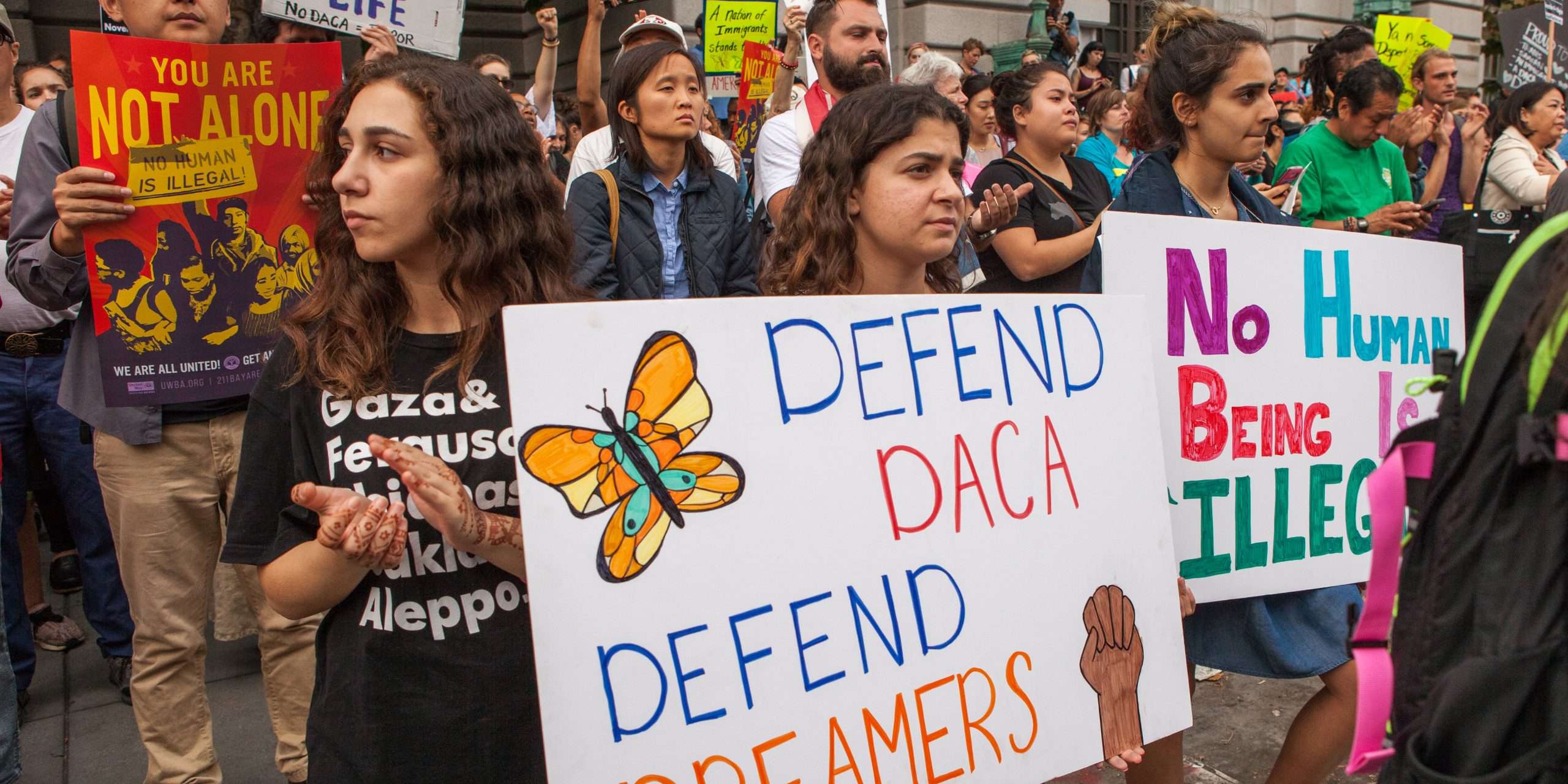 For the past four years, immigrants across the nation, including my family, held our collective breath as Donald Trump pursued a hateful agenda designed to separate us from our homes and communities. After a long and tumultuous campaign cycle, millions of American immigrants exhaled as Joe Biden was elected the 46th President of the United States.

The data is clear — in a divided electorate, the belief that immigration makes this country stronger is a point of national consensus. Trump ran and governed on an agenda that divided our country, devastated immigrant families, and hindered our economy for far too long. These policies mobilized voters across the political spectrum to reject his vision for our country. Americans want more immigration, not less. In fact, recent polling shows fewer Americans than ever want to see less immigration in our country, and almost 75% of Americans support the restoration of the Deferred Action for Childhood Arrivals (DACA) program.

Voters in Colorado joined a record number of Americans in rejecting the hatred, division, and racism that personified the presidency of Donald Trump. America is ready to see solutions from our government that restore decency and the promise of opportunity to our country.

The election was just the first step on a long road to reforming our outdated immigration system. The real work starts now. As President-elect Joe Biden prepares to take office, Coloradans must remind him of the mandate voters clearly issued on election night: his administration must enact pro-immigrant policies that correct the shortcomings of our immigration system. Mr. Biden should take action on day one to permanently protect and expand DACA, reestablish Temporary Protected Status (TPS), and end cruel policies like family separation. On day one of his presidency, President-elect Biden should send a comprehensive immigration reform bill to Congress that establishes a pathway to citizenship for the 11 million undocumented immigrants who have been contributing to this country for decades.

This would have real, life-changing results for all Coloradans, including DACA recipients such as myself and our families. When I was nine, I came to the U.S. from Mexico with my parents in search of a better life. Since then grew up here — attending Colorado schools and contributing to our community, first as a teacher and now as an immigrant advocate. Other Colorado DACA recipients, like Lu Pacheco, a nurse caring for COVID-19 patients at Platte Valley Medical Center, and Maria Morales, a teacher at Samuels Elementary, are playing essential COVID-19 roles, and many others are contributing in a variety of ways.

These are by no means isolated examples. One in ten people in our state, and one in eight workers, is an immigrant. These hardworking Coloradans are playing important roles in industries like construction and accommodations while also fighting on the front lines of the COVID-19 response. More than 13% of our state’s STEM workers are immigrants and more than 7% of our state’s nurses are foreign-born. Immigrants also pay billions in tax dollars and add billions to our state economy. Protecting these peoples’ right to live and work in Colorado will create a stronger state workforce that is better prepared to fight the pandemic and bring our economy back.

Thankfully, a court recently issued a ruling restoring the DACA program to its 2012 form, allowing DACA-eligible immigrants to apply for protections for the first time since 2017 and extending DACA permit protections from one year, back to two for all program beneficiaries. Despite this ruling, DACA remains at risk, with another court ruling expected following a December 22 hearing by Texas District Judge Andrew Hanen on the legality of DACA that could terminate the program once again. DACA-eligible immigrants should immediately consult an immigration attorney to decide whether to apply for DACA ahead of this ruling — and Congress needs to act.

There are thousands of lives that rely on this program, including my own. The back and forth needs to end. Regardless of a Dec. 22 ruling, Dreamers need permanent legislative protections that can only come from Congress.

The American people are more than ready. It’s time to turn the page on the cruelty of the Trump Administration. It’s time to deliver a permanent solution for undocumented immigrants and fair and humane immigration and refugee policies. For the first time in years, immigrants have hope for the future thanks to the election of a pro-immigrant President. We must now turn that hope into motivation and get to work.

Marissa Molina is the Colorado State Director at FWD.us. Founded by leaders in the technology and business communities, FWD.us is a bipartisan political organization committed to advancing meaningful immigration and criminal justice reform.