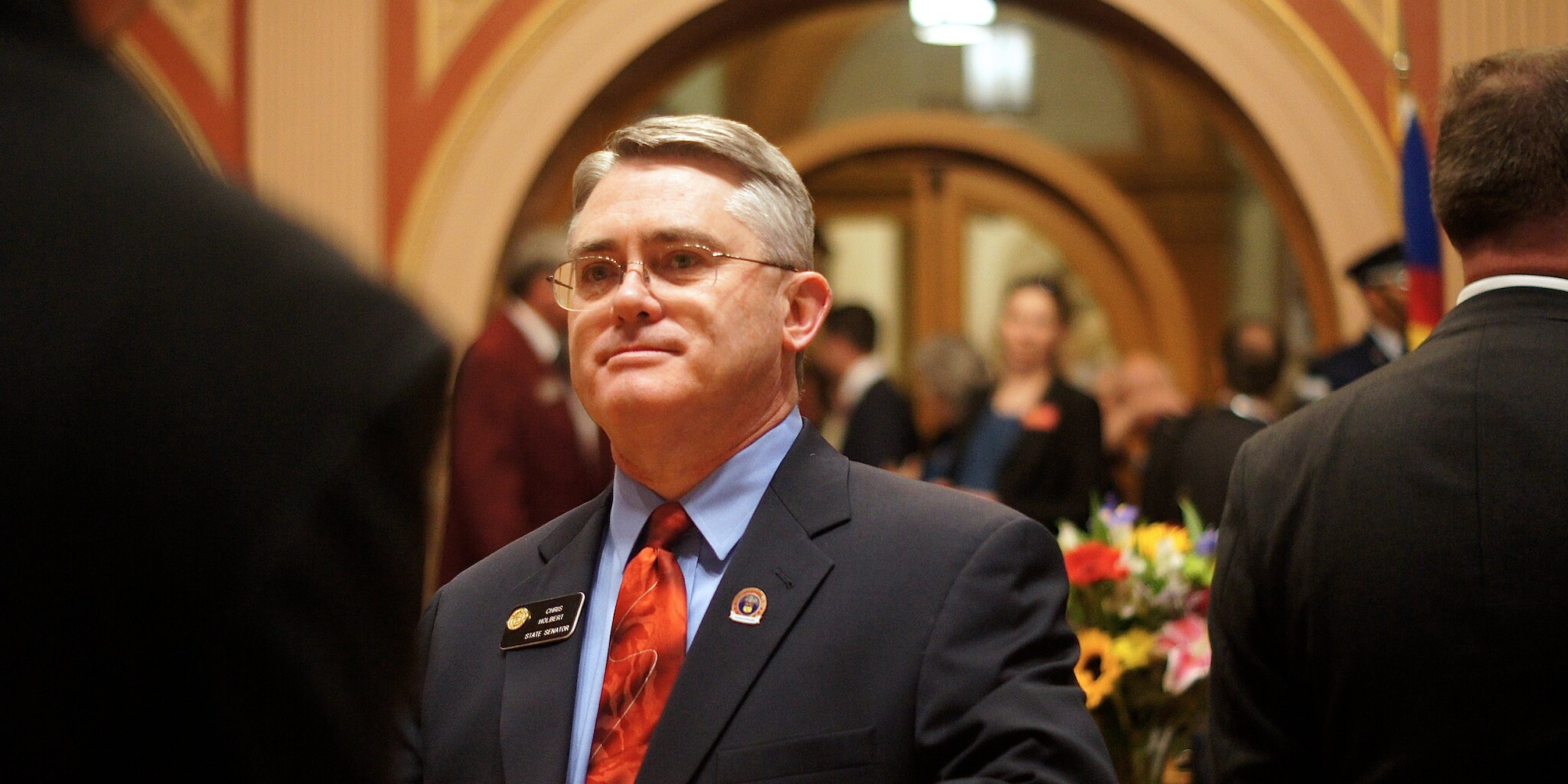 “If anybody out there thinks that this can’t happen to them and their friends, the Joe-and-Lilly story really woke people up to, ‘Yeah, it can,'” said Chris Holbert, Colorado’s Senate Republican leader, expressing his sadness today over the death from COVID-19 of former state Rep. Joe Nunez of Douglas County and his wife, Lilly.

“It’s been a wake-up call for people who knew Joe and Lilly,” Holbert told the Colorado Times Recorder.

“We’re coming back for a special session because there is extra money from last fiscal year that we can allocate,” he said on air. “And I think that those four proposed concepts for bills–Senate Republicans will generally be in support. But we haven’t seen any bill language. So, you know, what are the details? Show us the language of how they actually propose to do these things. And we might be supportive. We might not, but we don’t know yet.”

Holbert said he didn’t want to “suggest that your legislature can solve this problem.”

“This is something we have to solve together,” he said.

Holbert says he believes masks are useful in combating the viurs and wears one.

Still, Republicans in Colorado continue to push back on mask-wearing orders.

Most of the Republicans in Colorado’s House met without masks for their caucus leadership elections at the Capitol Nov. 9, prompting Democratic State Rep. Joni Arndt of Fort Collins to tweet a photo of the group along with, “Please do better.”

On the radio, Holbert called Nunez a “dear friend” and a “mentor to my best friend and predecessor, Senator Ted Harvey.”

“That’s a very disappointing, sad example of why we need to be very conscious of folks who are more susceptible, and we need to help each other,” Holbert said.

Holbert said Nunez, who served as an RNC delegate this year, and his wife were “just great people.”

“They’re both gone because of this,” said Holbert on air.

“And it’s not the first time that I’ve heard through my network of family and friends of an elderly couple both passing.” said Holbert. ” We’ve got to take this seriously.”