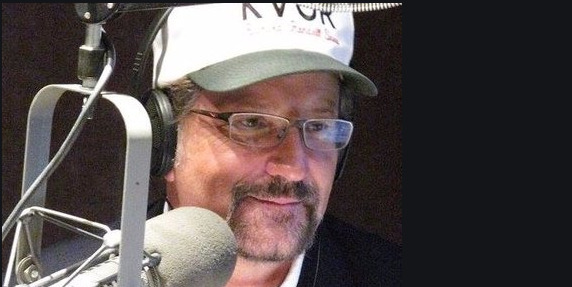 Saying that the people “being defended and being called Black Lives Matter and the victims of police brutality are not the stellar citizens of America,” a Colorado Springs talk radio host is praising a 17-year-old vigilante shooter in Kenosha, Wisconsin, who’s accused of killing two protesters.

“This looks like a clean shooting; that is, Kyle was in the right to defend himself with deadly force,” wrote KVOR radio host Richard Randall in a description of his show on Friday.

“We’ve got some criminals who are out there with Antifa and Black Lives Matter, and now all of a sudden, I’m supposed to have sympathy for all of these—this pedophile!” said Randall on air, referring to people allegedly shot in Wisconsin by Kyle Rittenhouse. “I’ll tell you something about pedophiles—[…]—do you know how many of these people who are arrested in Portland and apparently in Kenosha are pedophiles, are people who have been let out of prison?  A lot of them!  A lot of them. And it really makes you wonder. So who are these people who are in the streets, out here doing all of this stuff? Are they like you and I or like the average American?  They are not, at all!”

Randall’s comment came the day after a spokesman for a Trump bus tour in Colorado also lavished praise on Rittenhouse, tweeting,

Randall referred to Tiegen on air, encouraging him to possibly confront protesters in Denver.

“If you go to social media, you’ll see that ‘Tig’ Tiegen has put out a call for action for Friday night and for Saturday night up in Denver because he expects Antifa, Black Lives Matter to be attacking the Capitol again and perhaps the police department again,” said Randall last Friday. “If that’s your thing, go ahead and look into it.”

It’s not known whether Tiegen assembled a group in Denver Saturday, but he tweeted the same call for a “book club meeting” at 8:00 PM at Cabela’s.

During the 2016 presidential campaign, Randall landed an interview with Donald Trump, who took advantage of the obscure conversation to declare that the U.S. has a “phony, artificial stock market.”