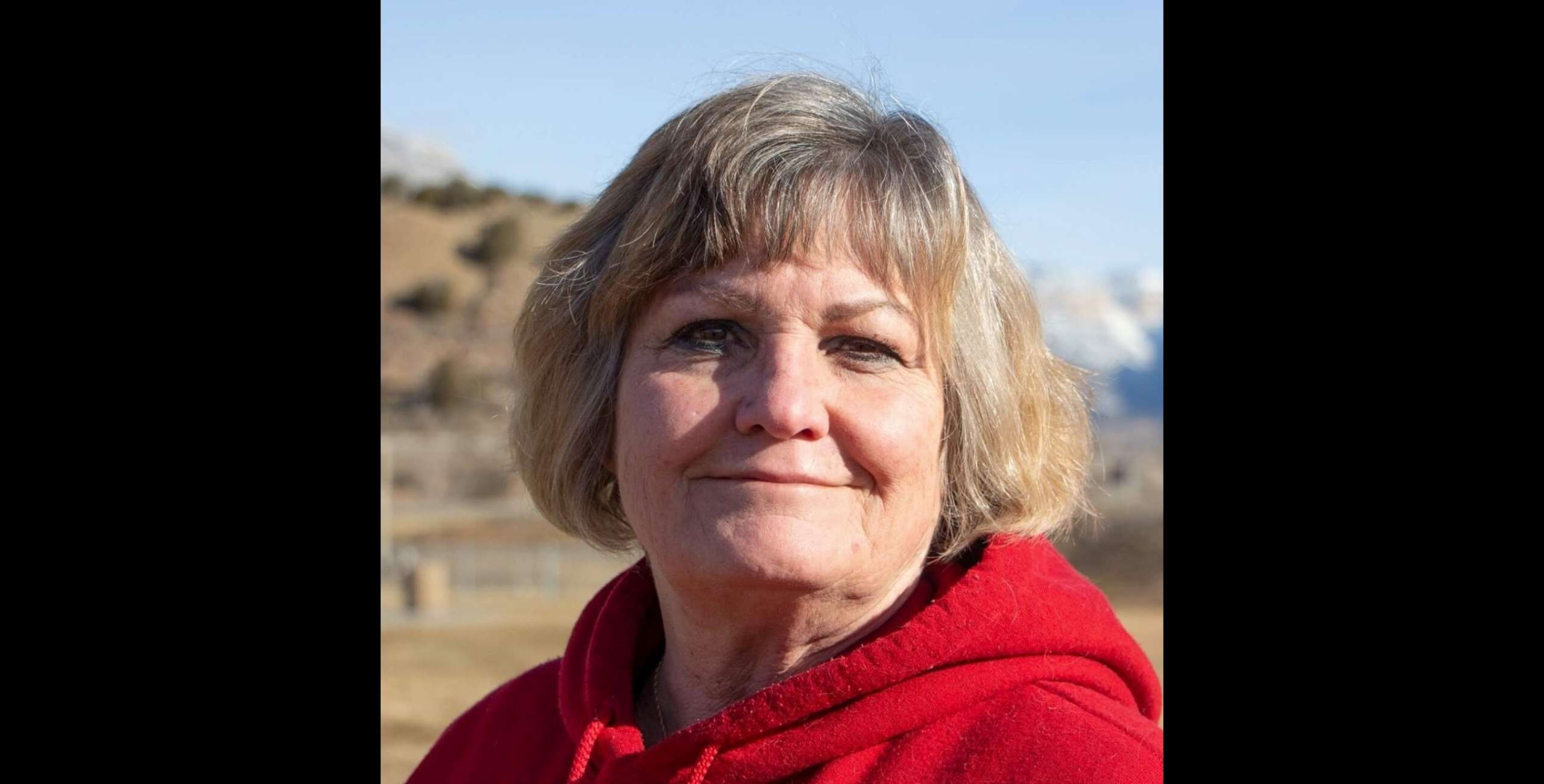 Leslie Robinson lives just two and a half blocks from Shooters Grill in Rifle – the gun-loving hub of owner Lauren Boebert’s extreme right-wing congressional campaign – but ideologically she may as well be living on the moon.

A lifelong Democrat, environmental activist, and resident of Rifle since the 1970s, Robinson, 68, is running her own political campaign heading into the Nov. 3 general election — a bid to take down pro-oil-and-gas Republican incumbent Garfield County Commissioner Mike Samson. But reporters haven’t exactly been calling Robinson to talk about that race.

“I’ve got about a half dozen reporters going, ‘Well, I know you live in Rifle, Leslie, can you tell us any hot shit about Lauren? Be sure to tell us what’s going on,’” Robinson laughed. “I could be two and a half blocks away from her, but it’s more like 200 miles.”

Still, Robinson hopes that white-hot focus on the suddenly sexy 3rd Congressional District race, which the world discovered overnight when Boebert shocked entrenched five-term Republican Scott Tipton in the June 30 primary, will divert the fossil-fuel industry from her own race.

Robinson, who chairs the nonprofit Grand Valley Citizens Alliance, is looking to ride a blue, anti-Trump wave onto a board dominated by pro-drilling men she says have benefited from industry largesse and a lack of term limits for two-plus decades. Republican County Commissioner John Martin is seeking a seventh four-year term against Democrat Beatriz Soto.

“I’d rather have oil and gas dump money into [Boebert’s] losing campaign than to dump money into Martin and Samson’s campaigns,” Robinson said. “But they can’t afford to lose Garfield County, and I expect, and I’m just going to guesstimate from previous campaigns, that they’re going to spend a hundred thousand dollars in dark money against my candidacy and Beatriz’s.”

Democratic women have won in Garfield County before, with former Colorado Oil and Gas Conservation (COGCC) Commissioner Trési Houpt also serving two terms on the three-person county board before being ousted by former Ski Sunlight General Manager Tom Jankovsky — a Republican whose seat isn’t on the ballot until 2022. But Houpt was often the lone opposition vote in what was once the state’s top natural gas county.

“We’ve got to do something about protecting our air and water,” Robinson said. “Obviously, we’ve got an environmental disaster with the lack of rain and the drought and the fires. And wouldn’t it be better to have environmentalists like Beatriz and me at the head of the county commission than two anti-environmentalists handling the aftermath of the fires?”

Boebert, meanwhile, is channeling her inner Sarah Palin by resurrecting the former vice presidential candidate’s “Drill baby, drill!” slogan in her “Contract with Colorado” as she takes on former Democratic state Rep. Diane Mitsch Bush, who lost to Tipton by 8 points in 2018. Boebert’s husband is a contract worker on the lone natural gas rig operating in the county.

“We are sitting on the largest gas patch in the entire world,” Boebert said in a phone interview last spring, blaming over-regulation for plummeting gas prices. “We are so heavily regulated — even over-regulated — with our energy industry.”

Robinson was stunned Boebert beat Tipton but points out she only won her home county in the sprawling 29-county congressional district by 110 votes and insists GarCo voters are ready for the increased emphasis on public health and environment of state Senate Bill 181, which changes the mission of the COGCC and will be subject to a rulemaking hearing starting Monday.

Robinson says attitudes have shifted in Rifle as climate change ravages Colorado’s Western Slope and that Boebert is out of touch with those voters.

“Lauren represents that alt-right crowd in Rifle that have been empowered by Trump to be more vocal in life or politics,” Robinson said. “They congregate here and they’re more outspoken here because there’s more of them and they’re not afraid. They’re bullies of the town, and so many people with more moderate or democratic views are intimidated and afraid.”

This summer has been one of change, even in Rifle, Robinson insists.

“The Black Lives Matter march that happened here at the end of June is a good example,” Robinson said of an event Boebert claimed was held by outside agitators bused into town. “That’s bullshit. Her people were bused in, not my people. Those motorcyclists, yeah, some were local, but most of them came out of [Grand] Junction.”

Robinson admits Boebert has her very vocal supporters locally, including Garfield County Sheriff Lou Vallario, but that “that’s par for the course for him. He goes right too.”

“I think a little bit of maybe kind of right-wing conservative values are really needed, if nothing else to balance arguably the very, very left-wing liberal side of the (U.S.) House,” Vallario told the Grand Junction Daily Sentinel in July.

Boebert on Friday will be the beneficiary of a fundraiser at Edward Deane’s home in Cordillera – the exclusive gated community above Edwards made infamous by the legal entanglements of the late NBA star Kobe Bryant in 2003.

The fundraiser is being co-hosted by Eagle County Republican Party Chair Kaye Ferry and features special guest Mark “Oz” Geist, who describes himself as “a Colorado native and former member of the Annex Security Team that fought the ‘Battle of Benghazi Libya’ on Sept. 11, 2012.”

In Eagle County, where Boebert lost to Tipton by 468 votes in the primary, former county clerk and current treasurer Teak Simonton, who left the local Republican Party in disgust over extreme partisanship, was stunned by Boebert’s victory and says the Rifle restaurateur’s brand of extremism won’t fly in an increasingly blue county that neighbors Garfield.

“As much as I though Scott Tipton was an ineffective and lightweight legislator during his time in Congress, getting precious little done if anything, other than supporting the Republican Party line — an opinion that was even shared with me by the Mesa County Chair of the Republican Party Kevin McCarney — I was shocked when the primary voters in CD3 chose Lauren Boebert to advance to the general,” Simonton said.

“She has some pretty extreme and hard-to-understand positions, including support for ownership of assault weapons, defiant attitude towards scientifically proven effective public health orders related to COVID-19 and a self-expressed hope that QAnon is real,” Simonton added.