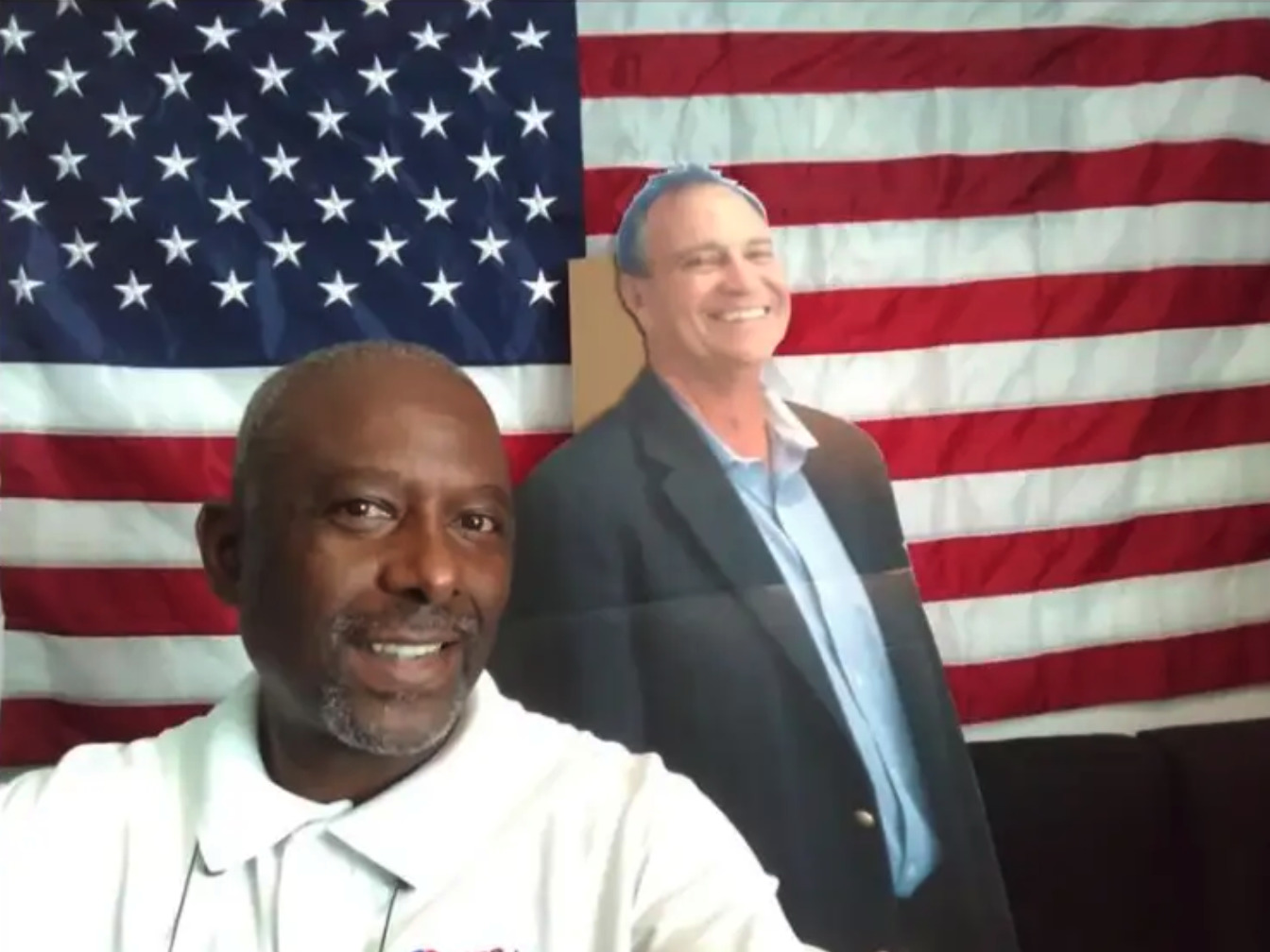 Partisans on both sides of the aisle agree that it’s been quite the run for Cardboard Cory, the likeness of U.S. Sen. Cory Gardner (R-CO), created by activists when Gardner started refusing to take questions in public.

In surprising numbers, Coloradans lined up to speak their minds to the ever-smiling soft-wood product.

Cardboard Cory became a hit on TV news, the focal point of town halls, the centerpiece of a statewide bus tour, and most recently, a movie star.

Republican congressional candidate Casper Stockham was “absolutely” impressed by the tactic, he says, so much so that he’s created a cardboard cutout of his Democratic opponent, U.S. Rep. Ed Perlmutter.

Asked why he created the cutout, Stockham says he’s proposed three debates to Perlmutter, and the Congressman representing northern and western Denver suburbs has yet to respond.

Permutter’s campaign says it’s committed to one candidate forum and is evaluating others.

“People across Adams and Jefferson Counties have seen first-hand Ed’s close connection to the district. During this pandemic, Ed has hosted numerous telephone town halls, virtual community house parties, and interviewed people across the 7th district making an impact in this time,” Perlmutter for Congress Campaign Manager Austin Blumenfeld told the Colorado Times Recorder. “Ed plans to participate in the Jewish Community Relations Council & National Council of Jewish Women Candidate Forum as he has in the past and will evaluate other forum invitations as they come in.”

Perlmutter’s website lists 11 constituent conference calls to discuss the pandemic and other matters.

Stockham declined to comment on whether he thought the cardboard cutout was appropriate for Gardner.

“Here’s what I do know, Jason,” said Stockham. “They would never have a cardboard cutout of Casper.”

“I would show up anywhere,” Stockham said. “It could be a lineup of 10 liberals, and I would still show up. I would talk to you or any other reporter who calls me.”

Stockham said his cardboard cutout of Perlmutter will “debut at the Trump Victory office, and he is going to be very active.”