Coffman & Gardner Don’t Like Red Flag Laws, But Don’t Rule Out Backing One 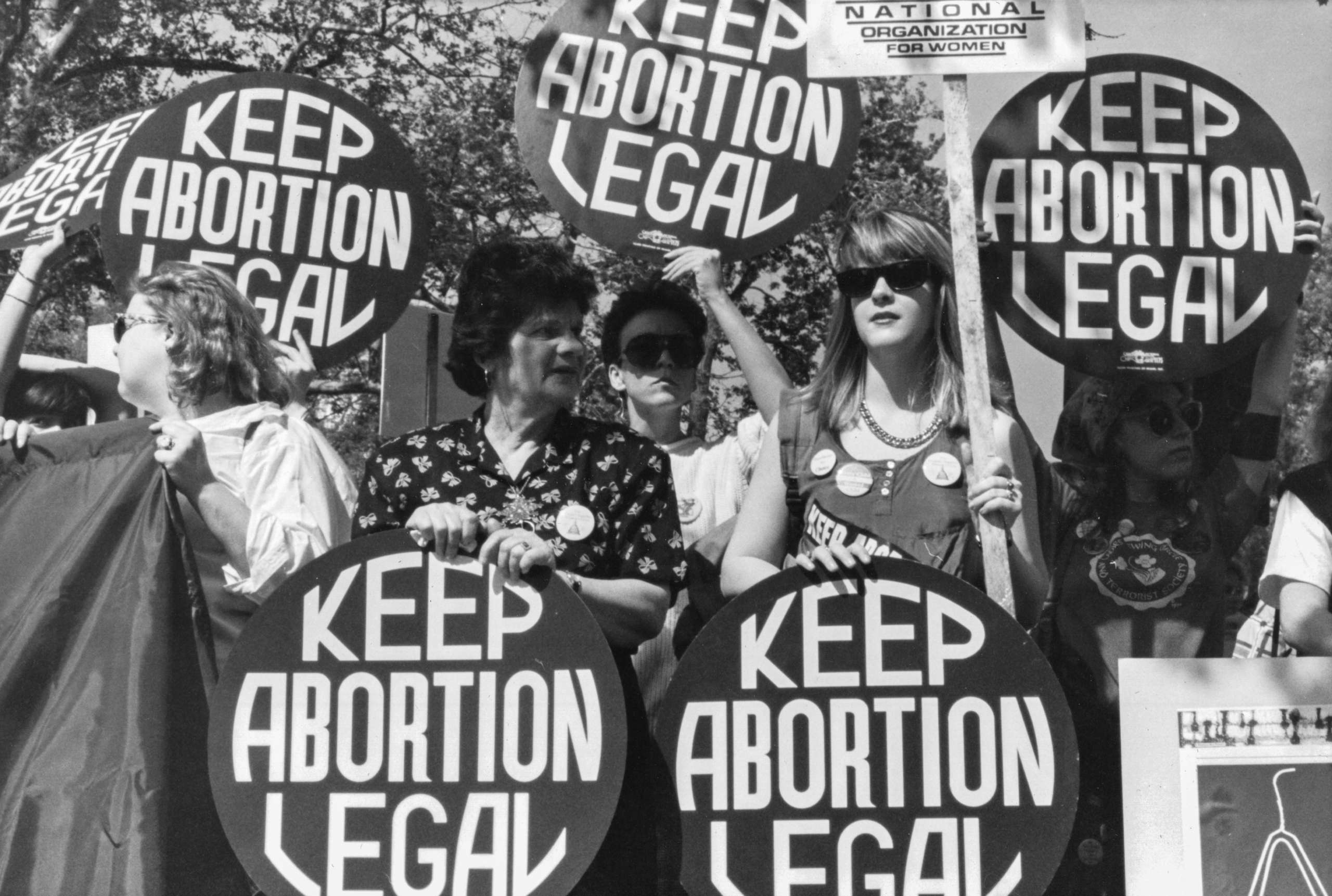 A coalition of reproductive rights advocacy groups has officially launched its campaign against a Colorado ballot measure that seeks to partially ban abortions.

In November, Coloradans will vote on whether to ban abortion after 22 weeks of pregnancy, with no exceptions for rape, incest, the patient’s physical or mental health, or for fetal diagnoses.

The initiative, Proposition 115, would impose criminal penalties for doctors who perform such abortions, except in cases where the pregnant patient’s life is in immediate danger.

Since 2008, Coloradans have rejected abortion bans at the ballot box three times. But anti-abortion advocates hope that an initiative banning abortion at 22 weeks, rather than one that bans abortion outright, will be more palatable to Colorado voters.

Proponents of the initiative say that 22 weeks is an appropriate cutoff for legal abortion based on the claim that a fetus is viable at that stage of pregnancy.

There is, however, no scientifically settled gestational age of viability, but rather, viability varies for each individual pregnancy. The chances of a fetus surviving outside the womb at 22 weeks are slim to none.

In a Colorado Politics op-ed published in March, Thomas Perille of Democrats for Life of Colorado offered a different reason for a 22-week ban, writing that “for [Proposition 115], 22 weeks was selected because national polling would suggest that there is broad consensus that late abortion should be restricted.”

The committee opposing the initiative, Abortion Access for All, held a virtual press conference yesterday announcing the launch of its campaign against the measure, which they say imposes an arbitrary restriction on reproductive health care and amounts to political interference in medical decisions that should be left up to patients and doctors.

Dr. Kristina Tocce, Medical Director of Planned Parenthood of the Rocky Mountains (PPRM), emphasized that every pregnancy is unique and argued that laws restricting abortion don’t take into account the nuances of individual medical issues.

“Never once have I seen two pregnancies, two patients that have been the same,” Tocce said during the press conference. “That’s just not how pregnancy or anything else in medicine works. What this ban would do is put uncompromising politics in between me and my patients. This ban equals a one size fits all approach to medical care, and never is a one size fits all approach appropriate in medicine.”

That was the case for Erika Christensen of New York, who traveled to Colorado for an abortion several years ago after receiving difficult news about a fetal diagnosis late into an already complicated pregnancy. At the time, New York restricted abortions later in pregnancy, forcing Christensen to travel to Colorado–one of just seven states that don’t currently place gestational restrictions on abortion–for care.

“We will never be able to regulate or legislate away bad pregnancy outcomes,” Christensen said during the press conference. “What we can control are the man-made barriers that we put between patients and our abortions that delay and deny care, especially for the majority of Americans who aren’t as lucky as I was, who can’t travel hundreds of miles away to reach the care they need because they can’t afford it or they’re physically unable to travel.”

In particular, the Boulder Abortion Clinic specializes in treating patients with more complicated medical histories and fetal diagnoses, and is one of just a handful of clinics that publicly accept patients seeking abortion later in pregnancy from anywhere in the world. The clinic’s founder, Dr. Warren Hern, told the Colorado Times Recorder in May that he also provides later abortion care for patients facing a variety of difficult circumstances, including but not limited to patients who have been sexually abused, are in abusive relationships, are minors, or are struggling with addiction.

The campaign supporting the initiative, called Due Date Too Late, claims the initiative does not take away a woman’s choice to have an abortion, but places a “reasonable restriction” on abortion “while still allowing a pregnant woman several months to make a choice about her pregnancy,” the campaign website states.

It also argues that “women who would choose abortion for reasons of rape, incest, or fetal abnormalities need not be affected by a 22-week prohibition” and that “prenatal screening for genetic and structural fetal abnormalities are typically completed well before 22 weeks.”

“I personally wish that was true, since mine was not found until later,” Christensen said of her fetal diagnosis, adding that the assertion that anyone can get an abortion prior to the 22nd week of pregnancy “supposes that we all live in equitable environments.”

“Cost, travel, restrictive laws, people trying to get around all of those man made barriers that are in no way their fault, does take time,” said Christensen, who became an advocate for access to later abortion after her own experience navigating later abortion restrictions. “And what we see often with later abortion seekers is that their situations are logical results of the system as it is.”

Christensen also acknowledged that some people aren’t even aware they’re pregnant before 22 weeks, particularly if they’re younger or have medical conditions that make pregnancy less obvious.

“If the people behind Proposition 115 would care to ask people who have actually had abortions later in pregnancy what we think, we would tell them that we stand firm in our decisions,” Christensen said. “The fact that these conversations happen largely without us, as if we’re theoretical monsters instead of your family, friends, and neighbors, feels deeply unreasonable.”

Ultrasound testing that helps determine whether a fetus is developing normally occurs most often around the 20-week mark, and so many fetal diagnoses do occur around that stage of pregnancy. But later abortion advocates argue that that still doesn’t give an adequate time frame for patients to make a fully informed medical decision about whether to continue a pregnancy.

“Two weeks is nothing in terms of time when you are faced with gathering medical information, going through imaging, other diagnostic procedures, meeting with specialists,” Tocce said. “And then, once you’ve gone through that painful process if you’re going through a fetal diagnosis, then, individuals and their families need time to figure out what their next steps are.”

The abortion ban measure made the ballot in June after the campaign initially failed to gather the 124,632 signatures need to qualify by the deadline. After gathering signatures over a 15 day state-mandated cure period, the campaign was able to collect a total of 153,204 signatures, well surpassing the threshold for statutory initiatives.

Proponents claim their initiative is bipartisan, despite a lack of support from any Democratic politicians or elected officials in the state. Just 7% of those who signed the petition to place the initiative on the ballot were Democrats, according to the campaign.

The initiative has the backing of the Colorado Republican Party, but has yet to see much support, financial or otherwise, from politically powerful anti-abortion groups.

During the last month’s fundraising period, Abortion Access for All raised about $413,000, while the Coalition for Women and Children, the issue committee behind the Due Date Too Late, raised just $5,700.

Madeleine is a journalist covering Colorado politics and policy with a focus on reproductive health, rights, and justice. In 2016, she graduated from Colorado College, where she studied Comparative Literature and Journalism. In Colorado Springs, she worked in the newsroom at KRCC, southern Colorado’s NPR affiliate, before moving to Denver to pursue a career in journalism and advocacy. In addition to the Colorado Times Recorder and KRCC, her work has appeared in Rewire.News, Jezebel, BigMedia.org, The Colorado Springs Independent, and ColoradoPols.com. Reach her by email at Madele[email protected]