2022 Review: Did We Err in Drawing Horns on Boebert? 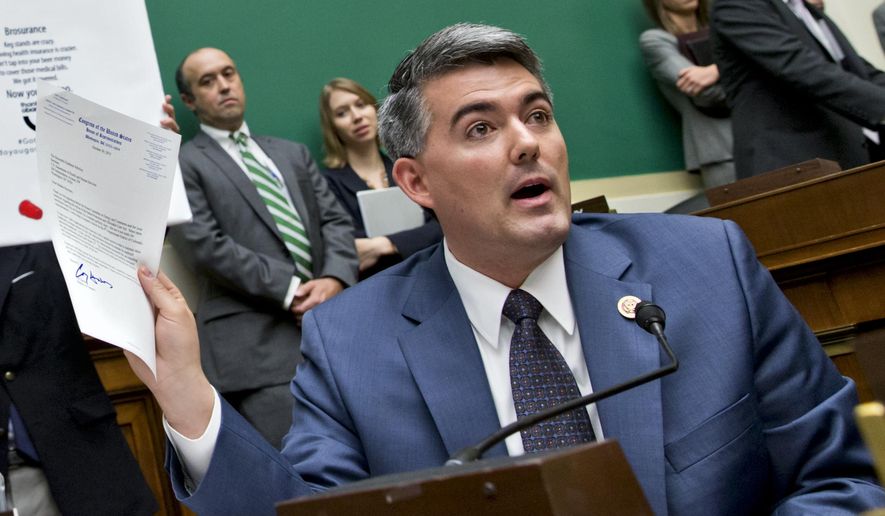 Tomorrow is the three-year anniversary of perhaps the most famous thumb-down moment in American history.

That would be the day that the downward-pointing thumb of the late Arizona Sen. John McCain saved Obamacare from dying at the hands of his fellow Republicans.

One of those Republicans who was watching McCain’s thumb as it did a nose dive toward the floor of the Senate was Colorado Sen. Cory Gardner.

Gardner had been on the warpath to kill the Affordable Care Act (ACA) since he first ran for Congress in 2010, and repealing Obamacare was also the centerpiece of his successful campaign to topple Democrat Mark Udall in 2014.

Gardner had to have known three years ago that McCain’s sinking thumb marked a pivotal moment in American history because Gardner hated Obamacare so much and had worked so hard to kill it. For Gardner, Obamacare isn’t just a little awful. It’s way awful.

When he was nominated to run for Senate, Gardner went so far as to call the Affordable Care Act the “biggest and worst government boondoggle this country has ever seen.”

I admit to being a harsh critic of our great country, but you don’t have to ask too many questions about American foreign and domestic policy to understand how bad Obamacare is if you think it’s the worst government boondoggle in American history.

Here’s how Gardner put it:

“As parents, we believe it’s our job to give our children a better starting point than the one we were given,” Gardner said. “But there’s a growing pessimism in Colorado that says that’s becoming more and more difficult to do. I met seniors, older folks, people my grandparents’ age, walking into the sunset of their life, wondering what happened to this nation. What happened to the hopeful, can-do country that won Cold Wars and World Wars. And I met people, hundreds of people, who for the very first time were feeling the very first effects of Obamacare, the biggest and worst government boondoggle this country has ever seen. People who lost their insurance. People who saw their insurance premiums increase. People who lost their doctor. People who were sold a bill of goods and left with the bill.”

So that’s where Gardner was coming from when McCain’s thumb was facing the Senate floor.

You can only imagine the intense emotions he must have been feeling at the moment. As a Senate GOP leader, he knew that the Republicans’ high-profile, seven-year effort to kill Obamacare, at least in Congress, was over.

Or was it? That’s the question Gardner had to answer at the time. Obamacare could still be killed quickly in the courts–or slowly through Trump’s executive actions.

At this critical juncture, Gardner decided not to join Democrats and try to fix the country’s health care law, a move that might have put him on better political footing today.

But he stopped calling it the worst of boondoggles as well. Now, Gardner doesn’t even mention Obamacare at all on his campaign website. He meekly calls for its repeal on his official Senate website.

And when a reporter asks him six times whether he supports a GOP lawsuit to kill the ACA, he won’t answer.

So what’s changed for Gardner since gravity and reason tugged on McCain’s thumb three years ago? There’s the pandemic. The economic collapse. The increased popularity of Obamacare. The face-planting of Trump.

But if the vote to kill Obamacare were held again today, you know Gardner’s thumb–or maybe both his thumbs–would be pointing up. And he’d be smiling.

CORRECTION: This post initially stated that the Senate vote on Obamacare, featuring McCain’s thumb, was on July 27 when in fact it occurred on July 28, 2017.