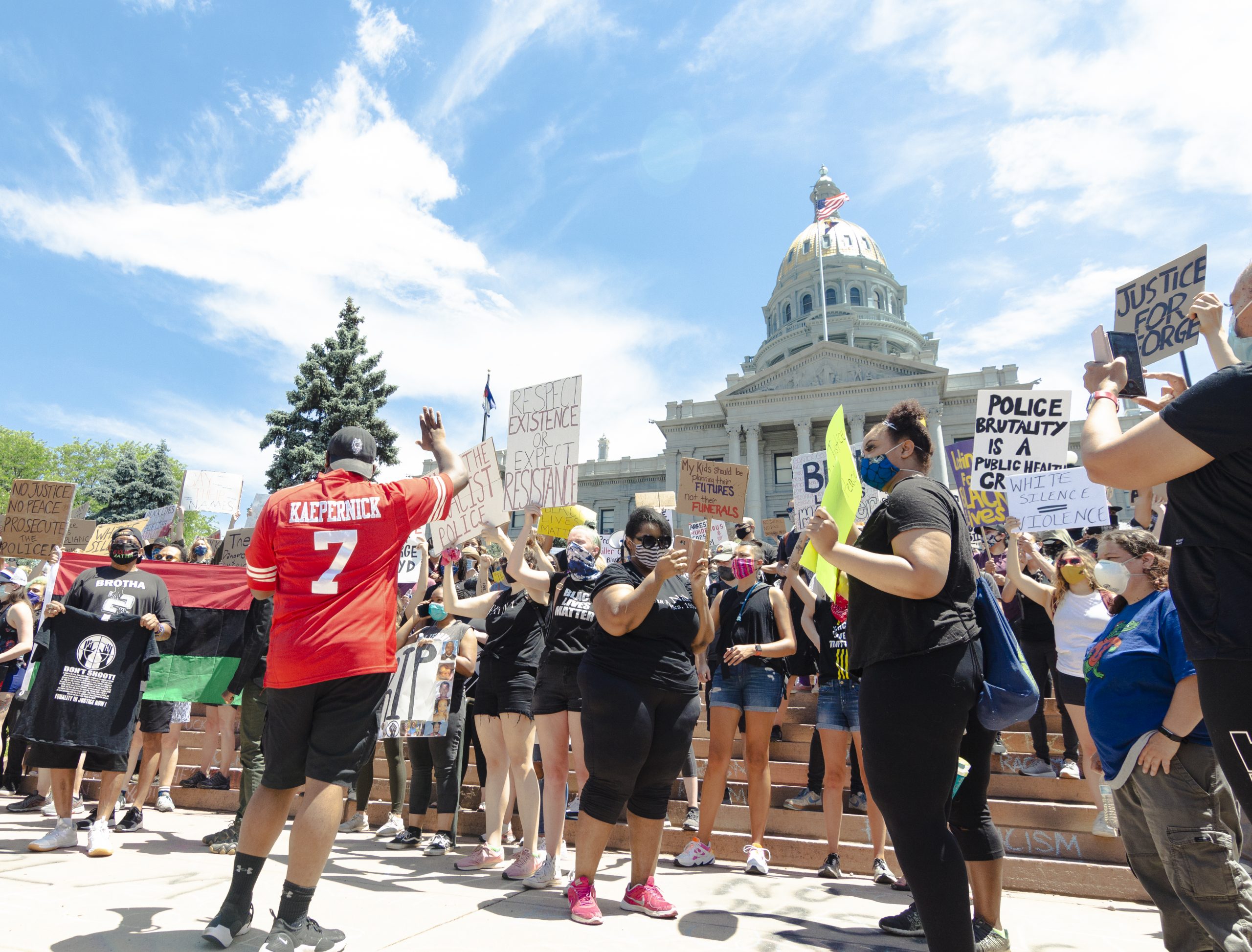 Colorado senator Michael Bennet and 20 other senators sent a letter urging the military not to deploy troops against the George Floyd protests.

The June 3 letter to Defense Secretay Esper Mark Esper and Joint Chiefs Chair Gen. Mark Milley was a response to President Trump’s threat to deploy the military on the protesters.

In the letter, the senators wrote that doing so would violate America’s fundamental values of free speech and democracy. They also demanded more information from the military on their plan of action.

The Protests So Far

The protests originated with the death of George Floyd, an unarmed black man killed by a white police officer in Minneapolis. Since then the movement spread to major cities such as New York, Los Angelos, and Washinton DC.

The protesters demanded justice for Floyd and an end to systematic racism.

The senators showed support for the protests in the letter, praising them as “peaceful, free expression of Americans who are … holding government institutions to a higher standard in the fight for racial justice.”

The senators condemned his response.

“America is not a ‘battlespace’ and protestors should never be ‘dominated’. Those peacefully protesting are not ‘thugs’ or ‘terrorists’ but individuals exercising their fundamental Constitutional rights,” they wrote. “The military should never be weaponized by the President to limit these expressions for liberty and justice.”

“If a city or state refuses to take the actions that are necessary to defend the life and property of their residents, then I will deploy the United States military and quickly solve the problem for them,” said Trump in a speech.

As of this Monday, the government deployed over 5,000 National Guards to quell the riots in 15 states and the District of Columbia.

They were all requested by the cities or states themselves.

However, the president deems these measures insufficient.

He called the state governors “jerks” and demanded that they “dominate the streets” in a recorded phone call obtained by various news outlets.

The Insurrection Act of 1807 gives Trump unilateral power to deploy military troops against extreme civil unrest. He will not need consent from local governments.

His own Department of Defense secretary Mark Esper disapproved.

“The option to use active-duty forces in a law enforcement role should only be used as a matter of last resort, and only in the most urgent and dire of situations,” said Esper to BBC News. “We are not in one of those situations now.”

The Senators’ Letter to the Military

The senators urged the Department of Defense to refrain from deploying troops against the protests because, the wrote, it’s highly undemocratic.

They believe that, with the national guard, the state authorities are fully capable of responding appropriately to the protests.

They also argued that Trump would be abusing his power if he were to deploy the military.

Historically, presidents only invoked the Act to protect equal access to civil rights. For example, troops were called in to protect the desegregation of public schools in 1957, 1962, and 1963, respectively.

Therefore, according to the senators, Trump’s intentional usage of the Act also falls out of line with its historical role.

Finally, the letter requested more information on the type of troops Trump would deploy and the scope and rules of their missions. The senators also inquired whether they intend to deploy combat designated troops outside of the use of the Act.

“This is a critical moment for our nation,” wrote the senators. “How our institutions respond will determine whether the coming weeks and months lead to healing and unity, or continued derision, discord, and injustice.”