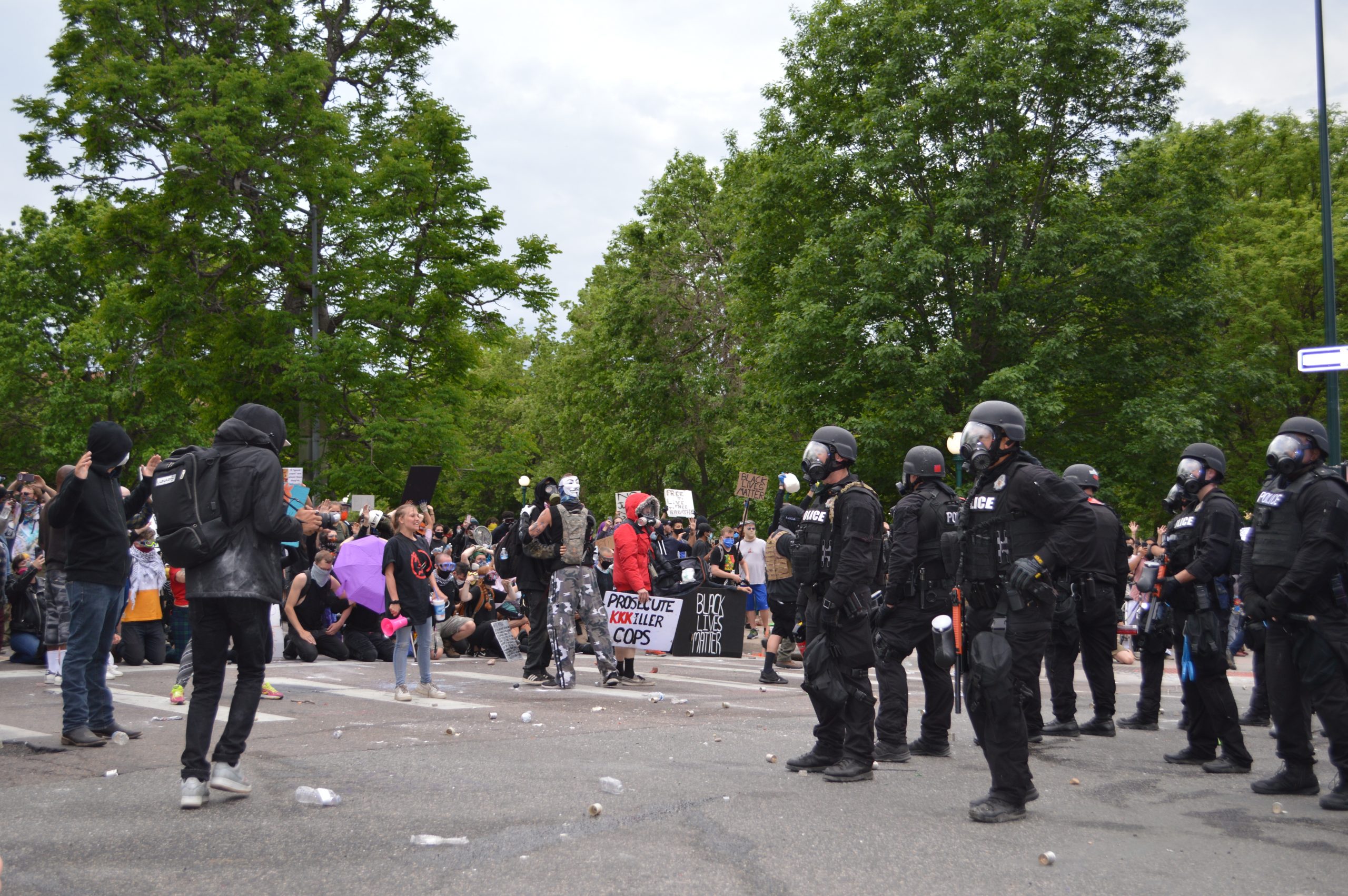 By a vote of 32-1, a Colorado police reform bill, which aims to limit the use of force and increase police accountability and transparency, passed the state Senate this week, with Sen. Jerry Sonnenberg (R-Sterling) as its lone opposer.

Senate Bill 217 is a response to the death of George Floyd, an unarmed black man suffocated by the police. Widespread protests swept across the nation as people demanded justice for Floyd and police reforms.

The legislation bans the use of chokeholds and limits the use of guns. It also requires officers to intervene if a colleague uses excessive force or shows racist behaviors.

Under the bill, officers need to wear body cameras when on duty.

Additionally, the bill removes the “qualified immunity” shield protecting officers from being held legally liable for misconduct. Instead, they could be fined for up to $25,000.

Sen. Sonnenberg Against the Bill

Sonnenberg opposes the bill, in part, because he sees it as disproportionately damaging to small-town law enforcement.

He argues that for police departments with only two or three officers, it’s too costly to purchase body cameras and use them in operation.

“I know those small communities will love to have those body cams on their officers, but some communities are just not going to be able to meet those standards,” he said in a radio interview.

He believes that since “we are all human,” it’s unavoidable that officers make mistakes during the frenzy of activity.

“I understand what they are trying to do, …but the fact of the matter is police officers have to react in a split second,” he told KFTM radio radio’s John Waters. “The idea of a city commission determining whether the policeman is guilty or not … is a problem for me.”

Sonnenberg argued that imposing personal liability will discourage officers from doing their job for fear of being fined.

According to a Colorado Public Radio investigation, Colorado has one of the highest police shooting rates in the nation.

A series of amendments won the votes of all Republicans except for Sonnenberg.

Like Sonnenberg, most Republicans strongly opposed the bill beforehand.

“You know, when I first looked at the bill, I have to admit I was pretty upset. It looked like, to me, it was a revenge or punishment bill,” said Republican Sen. John Cooke (R-Greeley) to 9News. “On the second and third readings …  I’m here to say I support the bill.”

One amendment extended the required public release date for footage from a body camera from 14 days after the incident to 21.

Exemptions were granted for cases where the footage may endanger victims or witnesses, as well.

Lastly, the initial “presumption of guilt” if a body camera was turned off, accidentally or intentionally, was replaced by a “presumption of fairness.” This means the officer will be judged on a neutral basis, instead of on assumptions that he was guilty of misconduct during the unrecorded period.

“They came up with a series of changes that made the bill at least somewhat workable for the most part,” Sonnenberg said on the Big Morning Show.

Despite Sonnenberg’s disapproval, the bill is going to the Democrat-controlled House next and it’s expected to be passed by the end of the week.