“This Is a Clear Example of the Media Training Your Brain.” Not. 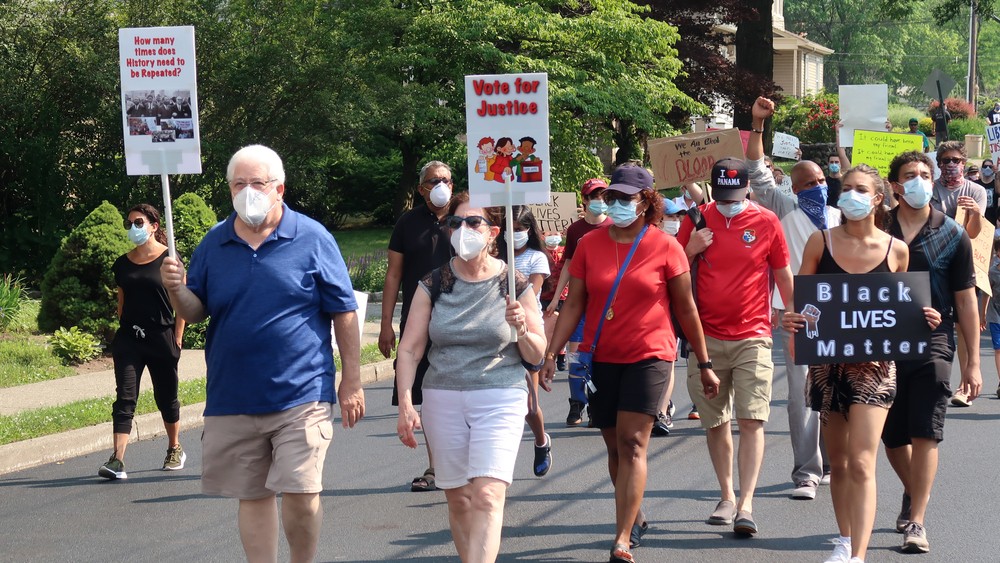 For weeks since the police killing of George Floyd in Minneapolis, protests have erupted across the globe. While demonstrations in larger cities have drawn the most attention in the U.S., smaller communities can be — and are — involved in the fight for racial justice.

From Medford, Oregon to Meridian, Mississippi, and many places beyond, peaceful protests have attracted hundreds. Even those in conservative, majority-white towns — some with active KKK chapters — have gathered to reject racism and violence.

It’s an encouraging sign. But not all communities have been able to hold gatherings, especially at the height of COVID-19. Thankfully, there are other ways to contribute to the fight for racial justice, even if protests have not reached your area.

The first step to being an effective ally is to educate yourself on racism, both structurally and in your community. A number of books are a great starting point. I recommend Freedom Is a Constant Struggle by Angela Davis and So You Want to Talk About Race by Ijeoma Oluo.

If you prefer watching to reading, Netflix has a number of documentaries to help understand racism and its role in the United States, including 13th and When They See Us.

Keep track of events in the local news. Meet with your local sheriff and ask about police accountability measures. You have a right to live in a town where the police aren’t a threat to you and others.

2. Talk about racism at home.

One of the most impactful things that allies can do in the face of anti-Blackness is to discuss these topics at home, especially with racist people in your inner circles. Challenging racism inter-personally can help change the ideology of family and friends — or at least introduce a different perspective.

Educating your family and friends is the first step to creating new allies and fostering a more tolerant culture in your community.

Organizations need resources to support activists on the ground, bail out protestors, and pay their bills. Funding is especially important for local organizations who may not have the same bandwidth as national organizations to raise money. For these small local groups, every dollar counts.

A simple Google search can produce thousands of results for local, smaller organizations in your area. If the internet is not accessible in your area, check local community boards. Often, groups will post flyers about events, opportunities for you to learn more about the work they do, and ways to donate to their efforts.

Many Black people are exhausted and vulnerable. Many need financial help. Whether suffering from COVID-19, job loss, the death of family members, or marginalization on account of their race or gender identity, direct donations can change their lives.

Finding people in need isn’t difficult. GoFundMe has hundreds of thousands of people asking for help with basic needs. Twitter houses similar campaigns, including threads with women looking for donations to escape abusive situations or in need of general financial help.

Or, go through your local church. Ask your pastor or church board members if they are currently looking for donations to help marginalized people. Your dollars can and will change lives.

Don’t let Black Lives Matter be a passing, catchy slogan. Wherever you live, be an active ally who challenges racism at every opportunity. Everyone is responsible to fight against racism, now and always.

Gloria Oladipo is a student at Cornell University. She can be found writing and fighting on Twitter at @gaoladipo. Distributed by OtherWords.org.