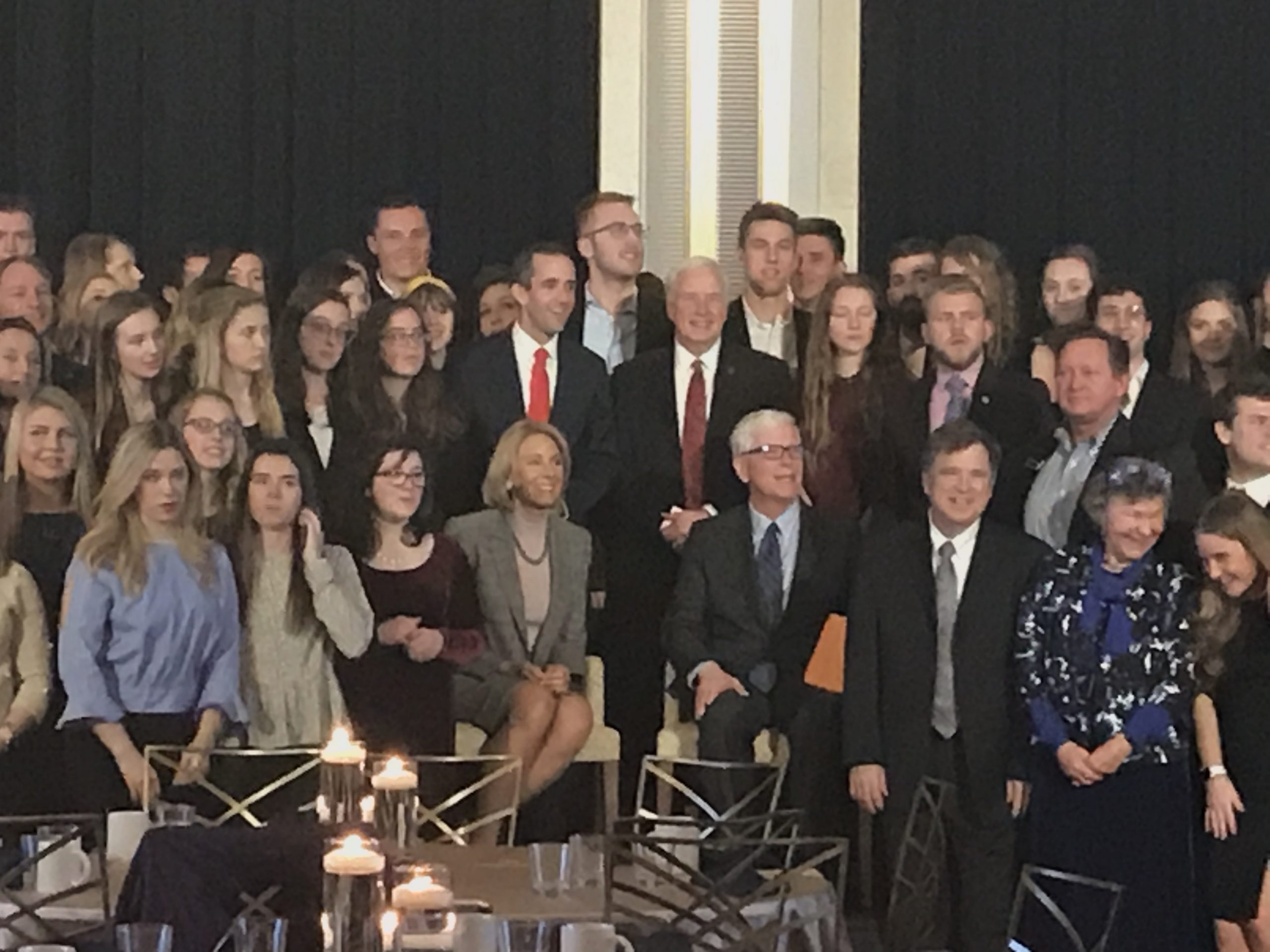 WASHINGTON DC — Secretary of Education Betsy DeVos weighed in on a host of issues during the Colorado Christian University’s annual president’s dinner Wednesday night at the Museum of the Bible, at one point drawing comparisons of the abortion rights debate to the ending of slavery.

“[Former President Abraham Lincoln] too contended with the pro-choice arguments of his day. They suggested that a state’s choice to be slave or to be free had no moral question in it,” DeVos told the crowd. “Well, President Lincoln reminded those pro-choicers that is a vast portion of the American people that do not look upon that matter as being this very little thing. They look upon it as a vast moral evil.”

DeVos called out the “irony” of supporting a woman’s choice to have an abortion but not for mothers who want to enroll their children in nontraditional public schools, receiving a vocal laugh and round of applause.

“There are many in the pro-life movement who heroically work to make abortion unconstitutional,” DeVos said. “Tonight, let’s talk about making it unthinkable.”

A graduate of Christian University, DeVos also weighed in on the oral arguments made earlier Wednesday to the Supreme Court over whether states can prohibit taxpayer dollars from funding aid to religious institutions. The Montana legislature approved a tax-credit program in 2015 that allowed families to offset the cost of college tuition, but that violated the state’s constitution and the state’s Supreme Court struck it down.

That case, Espinoza v. Montana Department of Revenue, could provide answers to the years-long debate over whether public funds can be used for private schools. The Trump administration submitted a brief in favor of the plaintiff, and DeVos attended the hour-long oral arguments.

“We are especially eager for the Supreme Court to put an end to the last acceptable prejudice made manifest in the bigoted Blaine amendments,” DeVos said, which she argued denies students the freedom to pursue a faith-based education.

During a Q&A session led by conservative radio host Hugh Hewitt, DeVos contended that the aid empowers low-income families to “make the choices for their kids that match their values or a better fit their assigned schools.” When DeVos left the courtroom Wednesday morning, she said she was encouraged, and it was a “thrill” to be there.

“The hope is that enough of the justices will see the argument in this and that it will either strike out the Blaine amendment completely at the state level or will deal a large blow to it that will allow for programs like this to be able to grow up more abundantly in states across the country,” DeVos said, calling the amendment “the last allowable prejudice” in the United States.

On the issue of Title IX, which protects against gender discrimination and sexual assault on college campuses, DeVos defended the administration’s efforts to establish a new framework that is “right and just for all involved.”

“We’re very close to a final rule,” DeVos said. “But the goal is to ensure that all students are treated justly and fairly, and we believe that the rule that we will ultimately finalize will be good for all involved.”

Ethan Van Vuskirk, president of Colorado Christian University’s student-run Club for Life, said that he appreciated the conversation DeVos and Hewitt had to close out the night.

“My faith is really integral in every part of my life, so for me, I loved hearing that she was just unashamed of her faith and of Christ’s work in her life,” Van Vuskirk said.

The Colorado Christian University ‘s Centennial Institute, a conservative think tank, and nearly 200 of its students and faculty came to the nation’s capital this week to participate in anti-abortion events. The audience cheered after learning that President Donald Trump will be the first president to attend the annual March for Life rally this weekend.

“We’re really honored that we have the privilege of co-leading the march,” Van Vuskirk said. “I’m hoping it inspires students to be able to join up with what we’re doing and buy in, and start making a difference in the lives of women and families.”

Correction: This story previously listed Minnesota as the state involved in the current case before the Supreme Court. The case is Espinoza v. Montana Department of Revenue.