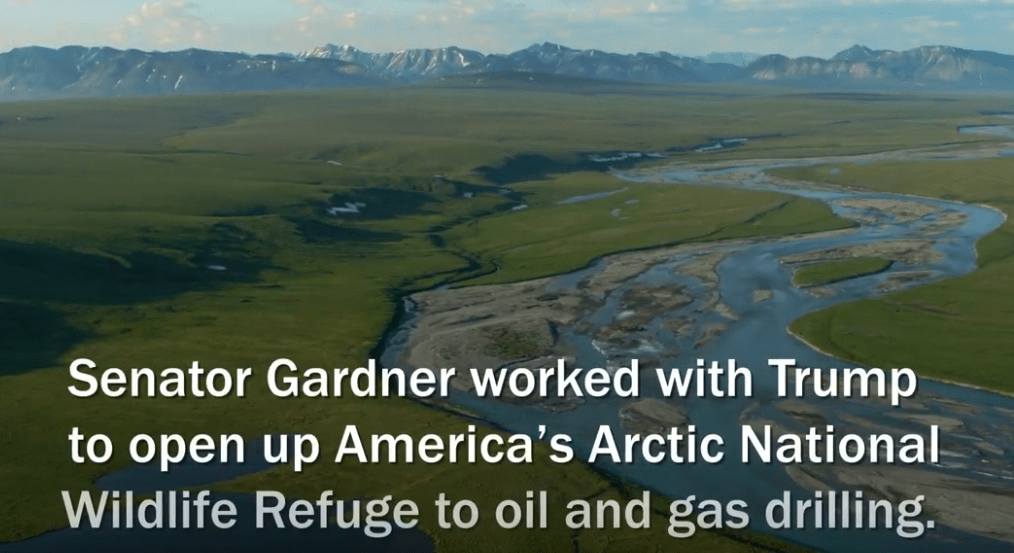 The advocacy group argues that Gardner cast a decisive vote for the inclusion of language allowing Arctic-Wildlife-Refuge drilling in the 2017 tax bill.

The ad begins with an image of Gardner saying, “Landscapes are the heart and soul of this country,” while a message flashes across the screen saying that Gardner worked with the Trump administration to allow “oil and gas drilling.”

It continues with video of Alaskan wilderness and wildlife–along with on-screen statements such as “Senator Gardner took more the $1 million from big oil.”

Overall, the ad paints Gardner as a hypocrite who says says he wants to protect public lands but voting against preservation.

At the end of the 30-second ad, viewers are urged to tell Gardner to support legislation protecting the Arctic National Wildlife Refuge.

Sam Mix, representing Colorado-based outdoor business Osprey, said in a news release that Gardner should be judged by his actions, not his words.

“Senator Gardner has said that ‘we must be good stewards of our natural environment’, but then he votes to open the Arctic Refuge?” said Mix. “Actions speak louder than words and one can’t claim to be a supporter of public lands like Senator Gardner does and then vote to drill in America’s largest refuge.”