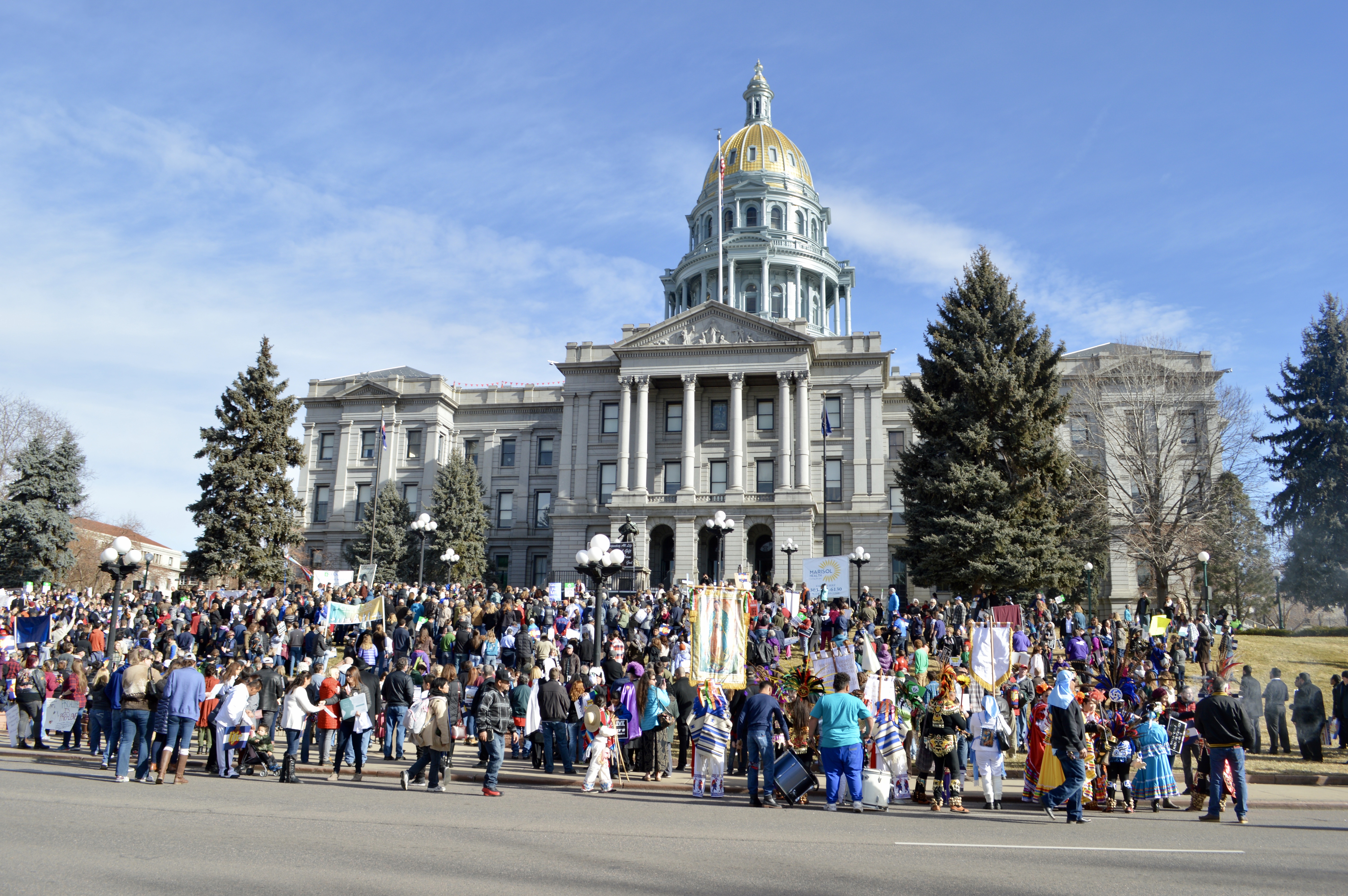 U.S. Sen. Cory Gardner is once again portraying his opponents as the “radical left.”

But Gardner, who frequently uses variations of the term “radical left,” doesn’t really specify who he’s referring to in Colorado, where most people don’t approve of him.

Are all those people who oppose him the radical left?

Are the attendees at the Women’s March the radical left? Is it the people carrying “Cardboard Cory” cutouts?

Gardner’s recent advertisement doesn’t shed much light on the question.

It mentions “Democrats” who passed legislation granting more local control over oil and gas regulations–and making health and safety the number one priority.

Are state Democrats really the “radical left” Gardner is so worked up about?

Conservative groups attempting to recall Colorado Democrats made the same shrill accusations, and they belly flopped.

Whoever they are, Gardner apparently thinks the radical left can swing elections.

Prior to the 2018 election, Gardner worried that “loony left” and “radical left” voters could create a “problem” for Republicans, leading Democrats to victory.

“Obviously, voter motivation and intensity is important in elections,” U.S. Sen. Cory Gardner told a KHOW radio host Ross Kaminsky in September of 2018. “And if more on the radical left, the loony left, get out and vote than the right, that’s a problem.”

So Gardner must think a surge in loony left voters in 2018 resulted in Democrats beating Republicans up and down the ballot in Colorado, gaining near-complete control of state-wide political bodies and offices in the state?

Gardner believes voters on the left are dupes, at best, and at worst, they’re stupid, thoughtless, crazy, or dangerous.

“There are elements of the radical left that are going to vote against economic growth, vote against that economic opportunity, just because of the sheer blindness of their opposition,” Gardner, who once thought his protesters were paid, worried in a radio interview last year.

Gardner painted a darker picture of the group in July, at the Western Conservative Summit (at 1:24:15) warning that “fringe liberals” are rallying “against the values that made America great” and “espousing far left radical ideas that are rooted in socialism.”

“Do you want to protect the Senate from a radical far-Left takeover in 2020?” Gardner asked in the ad.

If you’re getting scared, though you don’t exactly know who the radical threat is and why they’re dangerous, that’s what Gardner wants.

If his campaign focused on those types of issues, he’d sink even deeper than already is. So…there’s the radical left.