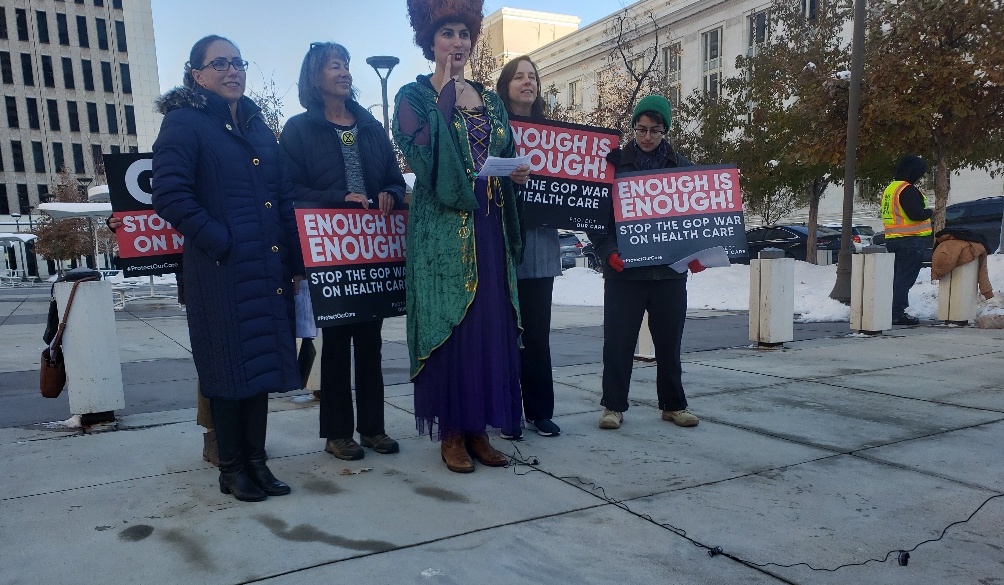 Gardner’s ‘no’ vote on the resolution was expected, in part because he’s already stood multiple times against protecting people with pre-existing conditions, because Gardner appears to have embraced a political strategy of backing Trump, even when he’s under hot political pressure not to do so, and because the vote was forced by Democrats to put Republicans on the record in support of Trump’s rule.

In fact, a years-long trail of analysis documents the fact that Trump’s rule reduces protections for people with pre-existing conditions.

Even Gardner’s GOP Senate colleague, Susan Collins of Maine, who was the sole Republican to vote with Democrats Wednesday, has stated the Trump rule allows for the sale health insurance plans that “do not provide protections for enrollees who suffer from pre-existing conditions.”

In a chronology included in his statement, Gardner implies that his vote somehow protected a health insurance cost-saving program, called reinsurance, that’s pushed down premiums for individuals in Colorado by 20% statewide.

And it’s also true that states that take Trump up on his offer to allow the sale of “junk” insurance would use the 1332 waiver to get the official go ahead.

But if Wednesday’s Senate resolution had passed, states would still have been able to use the waiver process to get permission to launch reinsurance cost-saving programs, like Colorado did. However, states would no longer have had the green light to seek the waiver to sell insurance that doesn’t cover people with pre-existing conditions. Such waivers would not have been allowed, as was the case before Trump entered office.

“As a state, we relied on the 1332 waiver process in order to fund the reinsurance program.” Adela Flores-Brennan, Director of the Colorado Consumer Health Initiatives, told the Colorado Times Recorder. “What Senator Gardner was saying is that by voting in favor of yesterday’s resolution, Democrats were voting against the more-affordable health insurance that we were able to achieve through the 1332 waiver. That’s not what the vote was. It was a resolution against using the 1332 waivers to offer junk insurance. Through junk plans, insurance companies are able to deny coverage to people with pre-existing conditions.”

Gardner, whose office did not return a call seeking corrections or clarifications in his statement Wednesday, has insisted he’s in favor protecting people with pre-existing conditions. But Gardner has put no plan on the table at all, much less one that would accomplish this as well or better than Obamacare does.

Yesterday, on Halloween, activists stood in front of Gardner’s office to protest his vote.

“There are ghouls and goblins and monsters among us today, but for people with pre-existing conditions, the scariest person is Sen. Cory Gardner,” said Olga Robak, of the progressive group Protect Our Care, dressed in costume. “Senator Gardner has run amok with our health care, and we are here to tell him that this is not okay.”