If a Supreme Court Seat Opened, Would Gardner Argue for Delay, As He Did Four Years Ago? 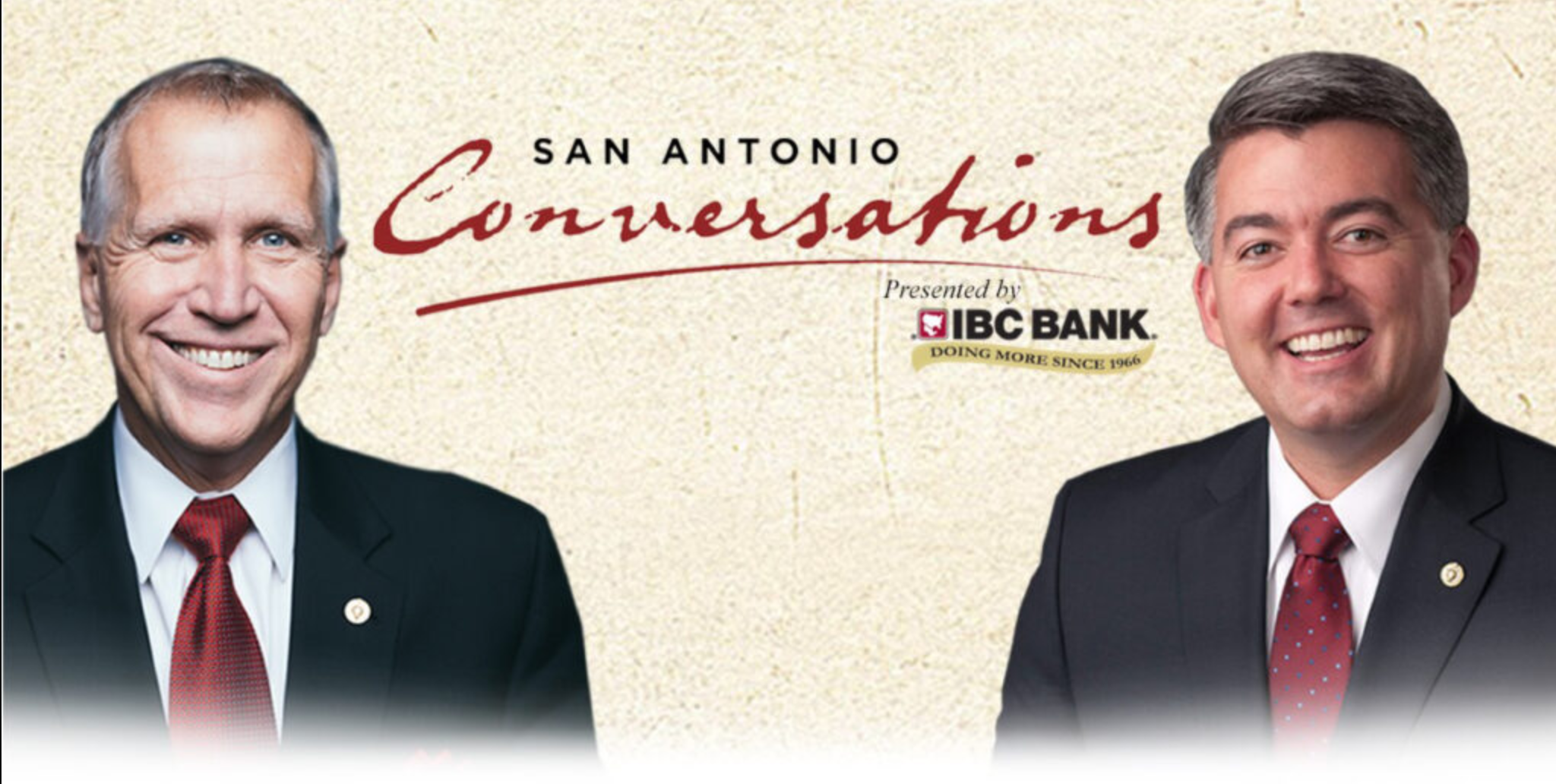 Sen. Cory Gardner (R-CO) is indeed working in a state today, but it’s not Colorado. Gardner is in San Antonio, Texas talking to business leaders at a private luncheon hosted by the Texas Association of Business and several local chambers of commerce.

According to the invitation, attendees will be provided with

“a rare and unique opportunity to continue our advocacy efforts by bringing DC to SA. Don’t miss the opportunity to meet the Senators, hear directly from them on the most pressing issues facing Congress, and fill them in on the issues most important to you.”

The invitation also gives a preview of the topics Gardner is covering:

“Get an outside perspective from Senators Cory Gardner (CO) and Thom Tillis (NC) as they tackle tough questions about military funding, healthcare, homeland security, and the 2020 election… As a member of the Foreign Relations Committee, senior Senator Gardner will talk about his efforts to urge for swift ratification of the USMCA. He will also cover his work on the Senate Committee on Energy and Natural Resources to garner bipartisan support for legislation to protect our country’s energy grid from cyberattacks.”

Joining Gardner is his colleague Sen. Thom Tillis (R-NC). Like Gardner, Tillis faces a challenging reelection campaign next year. The Washington Post recently listed the pair as two of the three most vulnerable Republican incumbents. The senators also share a joint fundraising committee, “Gardner Tillis Victory,” which has raised over $96,000 for their campaigns. Both candidates are also listed on five additional joint fundraising committees, according to reporting by the Colorado Sun’s Sandra Fish.

San Antonio has proven to be fertile ground for Gardner’s political fundraising efforts. He received just shy of $20,000 from residents of the Texas city in 2014. Among those contributions were a pair of maximum $2,600 donations From William Eugene Powell and his wife Dana. Gene Powell is a member of the both Greater Chamber of Commerce of San Antonio and the San Antonio Hispanic Chamber of Commerce, two of the organizations hosting today’s luncheon.

Gardner will appear at a similar event in Denver later in the week. He’s the keynote speaker at the Colorado Chamber of Commerce’s annual luncheon, which takes place this Thursday at 11:15am at the Westin Hotel downtown. The event is titled, “Business Elevated: Industries Driving the Colorado Economy.” In addition to giving a speech, Gardner will participate in a panel discussion with CEOs from the healthcare, oil & gas, construction and legal fields. Representing the oil & gas industry is Chris Wright, CEO of Liberty Resources, one of the state’s largest fracking companies. Wright and his wife together donated $20,000 to the Colorado Republican Party last year. Another panelist, GE Johnson CEO Jim Johnson, also donated $10,000 to the Colorado Republican Party in 2018.