The Shomer: For Jews in Prison, There is No Safety in Numbers 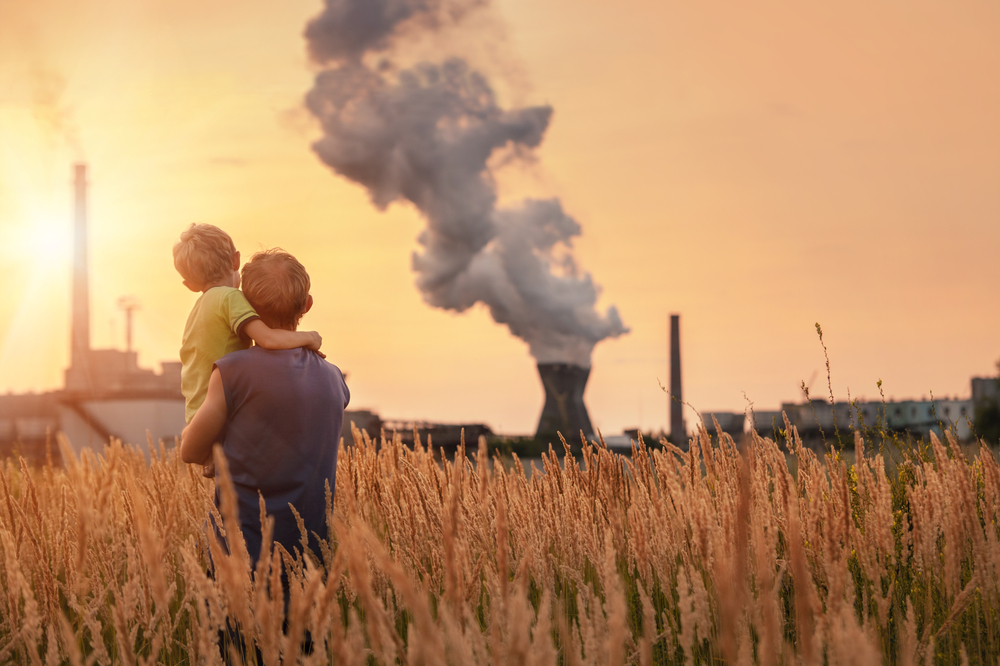 Greta Thunberg, the 16-year-old Swedish climate activist who sparked student protests across the globe, had this to tell the UN General Assembly in New York: “People are suffering. People are dying. Entire ecosystems are collapsing. We are in the beginning of a mass extinction. And all you can talk about is money and fairytales of eternal economic growth.”

As a retired businessman and engineer, I can’t help but look at Greta with admiration. Yet I shudder to think that my generation has abdicated our duties to such an extent that we are leaving the mess of climate change on the shoulders of high schoolers.

Lawmakers and business leaders in my generation have a responsibility to act today to mend our planet before these young people have to inherit it. Some of the most straightforward, yet least discussed solutions, lie in our tax system.

Unfortunately, the man-made crisis of climate change is made worse by our man-made tax system. In 2018, many of the biggestfossil fuel companies paid zero dollars in taxes — and actually received billions in rebates.

These shocking facts, uncovered by the Institute on Taxation and Economy Policy (ITEP), flew under the radar of mainstream media.

In total, ITEP found that at least 60 of the biggest American corporations didn’t pay a cent in federal taxes in 2018. Of those, 22 are power utilities and oil and gas corporations, including famous names such as Chevron, Halliburton, and Occidental Petroleum — and that was only in 2018.

How is this possible?

In part, it’s because there are a mind-boggling number of tax incentives offered to fossil fuel companies. There are deductions for domestic fossil fuel production, tax credits for vague “intangible drilling costs,” and deferred federal tax payments.

In 2016, the Wall Street Journal estimated that these provisions amounted to $4.76 billion per year given out to fossil fuel companies from the federal government.

That was before GOP corporate tax cuts worsened the problem in 2017 by slashing the industry’s already low tax rate and offering a new deduction for capital expenditures — while simultaneously opening up half a million acres of the Arctic National Wildlife Refuge to new drilling.

Companies like Chevron will tell you they’re committed to preventing climate change, pointing to their $100 million pledge to the Oil and Gas Climate Initiative, an industry-led organization allegedly dedicated to fighting climate change.

This is a paltry amount compared to the $4.5 billion in profit they made in 2018 — or even to the $955 million they avoided in taxes thanks to the Republican tax cuts. Chevron received a $181 million rebate on Tax Day.

While the current administration lets fossil fuel companies raid America’s natural resources and its coffers, the rest of us can’t sit back and wait for change. Greta certainly isn’t, and she’s only 16.

Tax incentives should encourage better behavior from corporations, not pay polluters to profit from environmental degradation.

Forcing our elected officials and 2020 candidates to introduce incentives for fixing climate change — and remove those that accelerate it — should be on the top of the agenda. our economy and the health of our environment ultimately go hand-in-hand, and it’s long past time our tax system reflected that.

Charlie Simmons is a retired tech executive from Silicon Valley and a member of the Patriotic Millionaires. This op-ed was distributed by OtherWords.org.