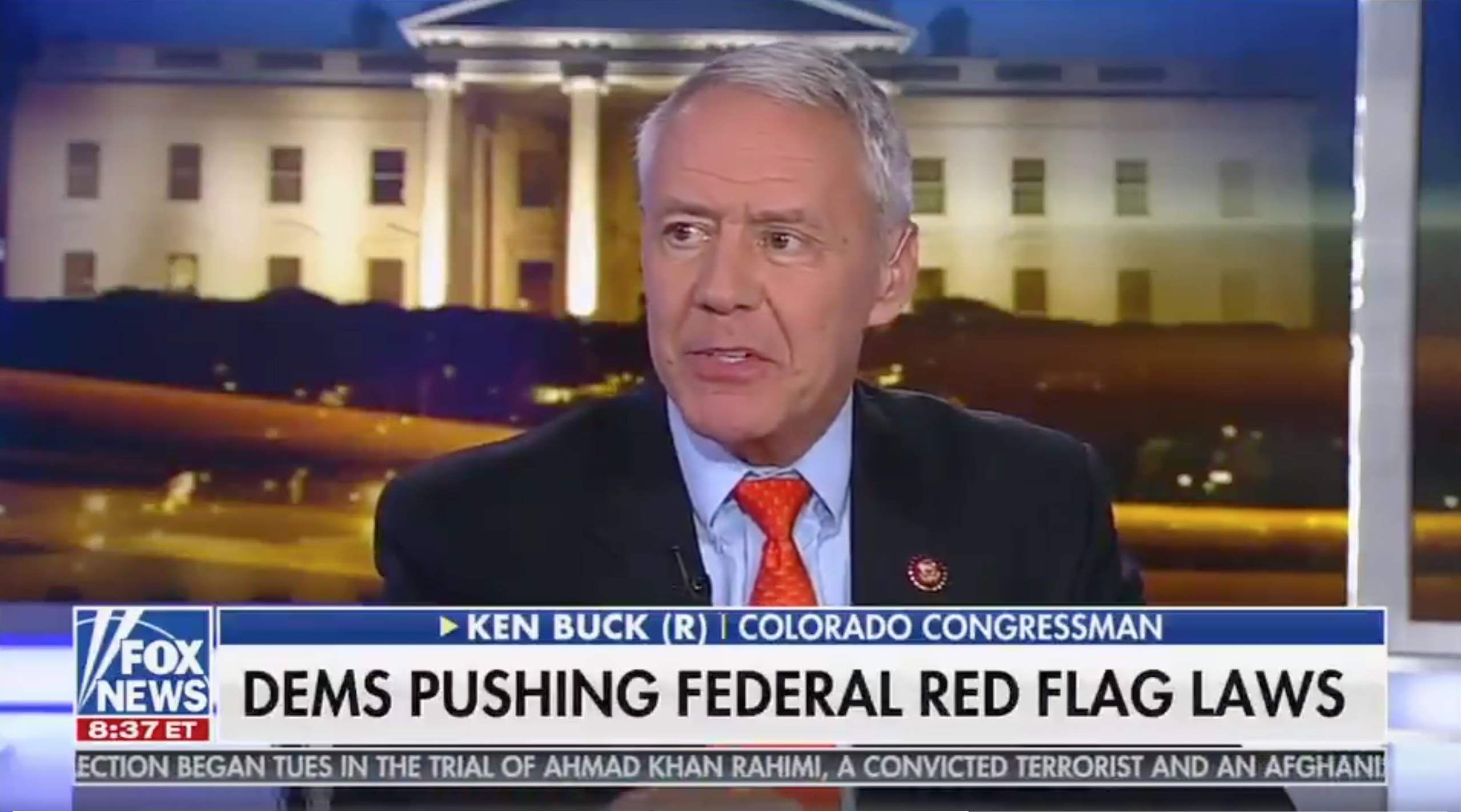 Speaking to Fox News host Tucker Carlson last night, Congressman Ken Buck, who also serves as Chair of the Colorado Republican Party, claimed “[Democrats] certainly see urban America as a critical constituency, and there is much sympathy in urban America for some gang members.”

The statement was noted on Twitter by Media Matters’ Deputy Director of Rapid Response Andrew Lawrence:

Buck did not cite a source for this figure, but it appeared in a pro-gun article by conservative activist Dustin Hawkins in 2013 and was repeated by Dana Loesch in 2014. Huffington Post authors debunked it later that year:

It is unclear where Buck came up with the claim that gang members commit 90% of all crimes in the United States. According to the National Gang Center, less than one-third of law enforcement agencies reported that they regularly record each of seven major categories of offenses as “gang-related.”

Nor did Buck provide a source for his statement that “there is much sympathy in urban America for some gang members.”

Using the word urban as coded language for the African-American community is a long-documented practice.

Buck himself has a history of making dubious statements on racially charged topics. In 2014 he penned a column for the Colorado Springs Gazette dismissing protests against police shootings of unarmed black man, asking “Have we forgotten 9/11?” Later that same year he mistook Native American students for Hispanic students, in relating a story about how seeing them and President Obama enter the restaurant in which he was dining caused him to lose his appetite.

Earlier this year Buck voted against a House resolution censuring President Trump for his racist tweets about the four Congresswomen of color known as “The Squad.” The resolution passed with bipartisan support. Buck was also one of just 23 Republicans to vote against an March 7 resolution to condemn anti-Semitism, racism and Islamophobia.

Video of the full interview and a complete “rush” transcript is available from Fox News.

CARLSON: Congressman Ken Buck is a Republican from Colorado. He introduced an amendment that would apply a Red Flag to those gang members on databases, but the Democrats voted it down. Interesting. Congressman Buck joins us.

CARLSON: Hey, Congressman, thanks so much for coming on. So first, tell us why you introduced this. Why would you want a Red Flag Law, if we pass one, to apply to gang members?

If we aren’t targeting gang members, we aren’t serious about gun violence in America.

CARLSON: So you make such — that’s why I’m so grateful you came on tonight. It’s such a compelling and obvious point that you’re making. How could anybody possibly be for a Red Flag Law that doesn’t apply to gang members?

BUCK: Well, for one thing, I think the Democrats are trying to disarm rural America and the second thing, I think that they aren’t serious about gun violence. If they were serious, they would target these particular individuals. And third, they don’t trust law enforcement to create a gang database that is fair, and their really hatred for law enforcement is evident in voting down this amendment.

CARLSON: But they trust law enforcement to go to the homes of law-abiding citizens and seize their firearms.

CARLSON: But they’ve really got their hackles up when you suggested this would apply to gang members. It’s almost as if they see gang members as a critical constituency.

BUCK: You know, I have to tell you, they certainly see urban America as a critical constituency, and there is much sympathy in urban America for some gang members.

When you’re a victim of crime, you don’t have much sympathy for gang members, but these politicians do.

CARLSON: I think that’s right. And I think there are a lot of people living in cities who probably need to have firearms at home to protect themselves.