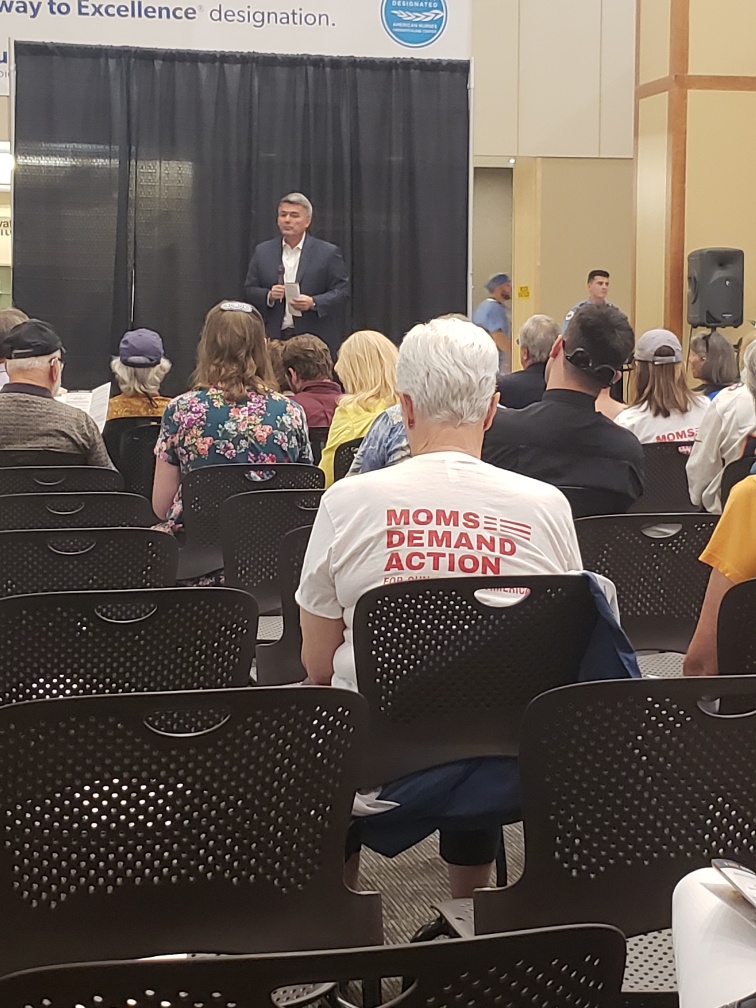 Wearing a “Moms Demand Action” t-shirt and speaking in a quiet but firm voice, Connie Grieshaber asked U.S. Sen. Cory Gardner a series of questions today about guns during a little-publicized meeting at Lutheran Medical Center.

Gardner appeared to listen carefully to Grieshaber, and then didn’t answer a single one of her questions.

Grieshaber, who said members of her family committed suicide with guns, said of Gardner after the event, “He didn’t answer a single question I asked. I asked what was going to do to move universal background checks forward at a federal level. I asked him if he was going to stand up for the Colorado Extreme Risk Protection Order. He didn’t answer that. I asked him to stop taking money from the NRA. His pockets are lined with blood.

“He always comes back to mental health. But you know what, it’s the gun that kills.”

Asked what she would do now, Grishaber said, “We’re going to take the NRA down.”

But what about Gardner?