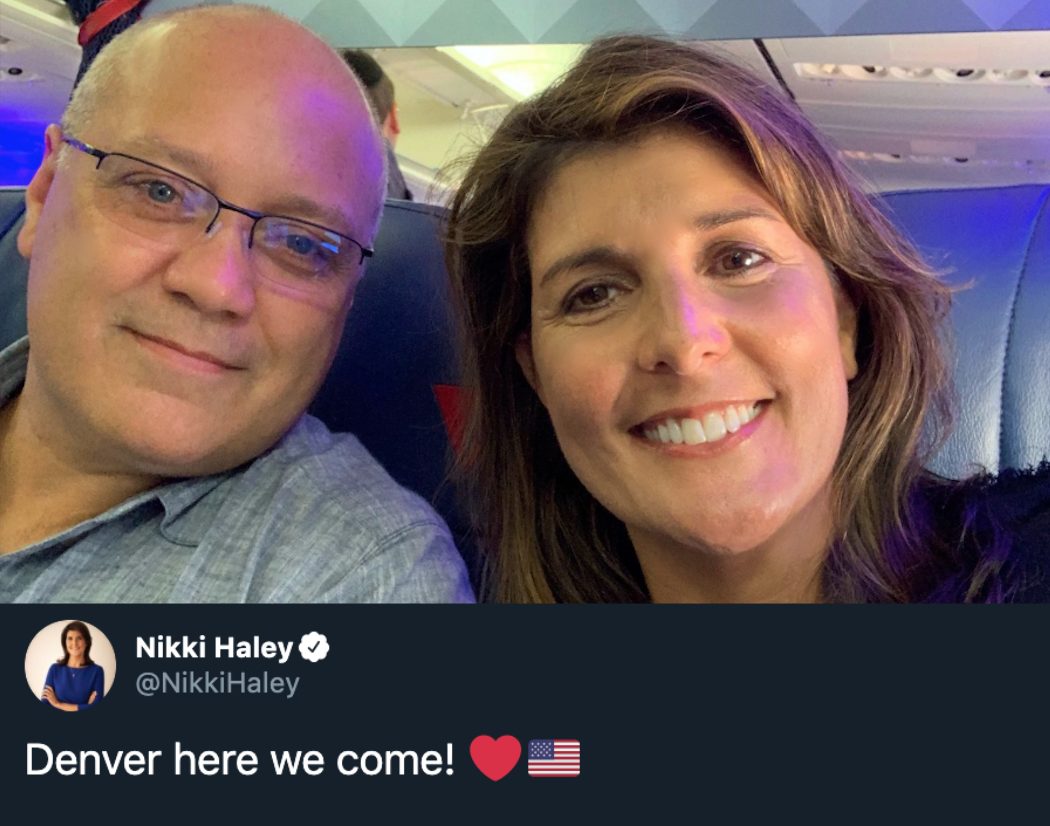 In an ironic twist, the host of the $1,000-per-ticket event donated to former Gov. John Hickenlooper (D-CO), who is currently deciding whether to jump into the Democratic primary race to take on Gardner.

Mulvihill could not immediately be reached for comment on whether he’d stick with Gardner if Hickenlooper enters the U.S. Senate race.

Mulvihill and his wife also donated to Gardner, as well as Trump and other prominent Republicans and some Democrats. Sometimes donations came from Mulvihill’s real estate business, Black Creek Group.

Politico reported in May that the Gardner campaign had invited Haley to stump for him:

“[Haley] has also been asked to campaign alongside Republican candidates who might be more reluctant to stump with the president, including Colorado Sen. Cory Gardner… campaign spokesman Cosey Contres said the campaign invited Haley to Colorado because of “her focus on bringing people together” — something few voters, Republican or Democrat, would say about Trump.”

“Denver, here we come,” Haley tweeted along a photo picturing herself and her husband on the plane to Denver.

One of the first commenters to Haley’s tweet hopes Haley will help “straighten out” the U.S. once Trump is no longer in office. Dennis Goett wrote:

“Nikki. You are our best bet to straighten out U.S. post-Trump. Go for it. Where is your organizational effort? How can I help?”

Haley replied directly with a link to her own political fundraising organization.

Money raised at the event will go to the “Gardner Victory Committee,” one of several joint fundraising committees created to support Gardner’s reelection campaign.