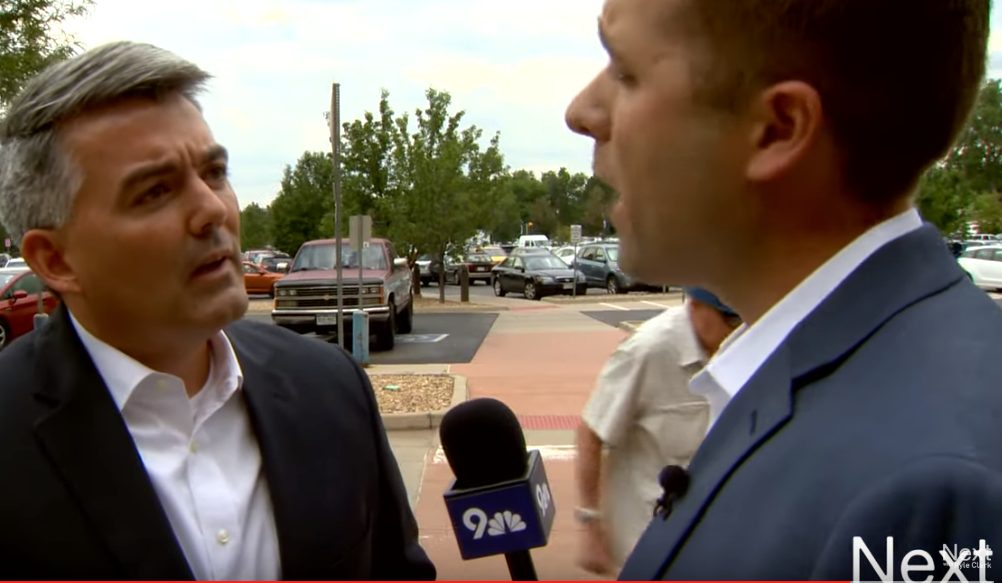 During a recent stop in a Denver suburb, U.S. Sen. Cory Gardner (R-CO) first bragged about getting a high bipartisanship ranking, and then he denounced the practice of simply sponsoring bills that have little or no hope of passage.

That’s notable because his high bipartisanship ranking is based on co-sponsoring legislation that had little or no hope of passage.

“And that’s why I’m the fifth most bipartisan member of the United States Senate, according to the Lugar Institute. That’s why I’m going to continue to work with my colleagues to address real problems.”

Lugar’s “Bipartisan Index” totally relies on whether a lawmaker sponsors or cosponsors legislation with members of the opposite party. Nothing else is evaluated by Lugar. Not Gardner’s actual votes. Not his loyal support for hyper-partisan Republican legislative tactics, nor his behavior as a leader of the national Republican Party.

In fact, only 23 out of over 175 bipartisan bills, sponsored or cosponsored by Gardner, even made it out of committee last session, when Gardner scored 5th place in Lugar’s bipartisan ranking.

Yet, when asked by activists in Wheat Ridge whether he’d sponsor the Dream And Promise Act, an immigration-reform bill that’s passed the U.S. House, Gardner said he takes a dim view of legislation that’s unlikely to pass.

“I’ll take a look at it, you bet,” Gardner told activists, according to an account in The Denver Post, “but I want something that can get done.”

“What I hope that we do is not just something to put our names on something, because then you can say you put your name on something, but I hope we can get something done,” he was quoted in The Denver Post as saying. “This is too important to just say, ‘Oh yeah, I’m on that bill.’”

So, in one TV interview, Gardner pats himself on the back for getting a bipartisanship award for putting his name on mostly hopeless legislation.

Then when he’s asked by constituents about a specific bill, he says he doesn’t want to just put his “name on something.”

In so doing, Gardner unwittingly exposed the meaninglessness of the Lugar Institute’s ranking as a measure of bipartisanship–a point that is not lost on the Norman Ornstein, of the American Enterprise Institute, a conservative Washington D.C. think tank.

“I am not a fan of using cosponsorship as an indicator; it is a symbolic gesture for the vast majority of bills,” said Ornstein via email.

Ornstein calls Gardner “one of the most partisan members of Congress.”