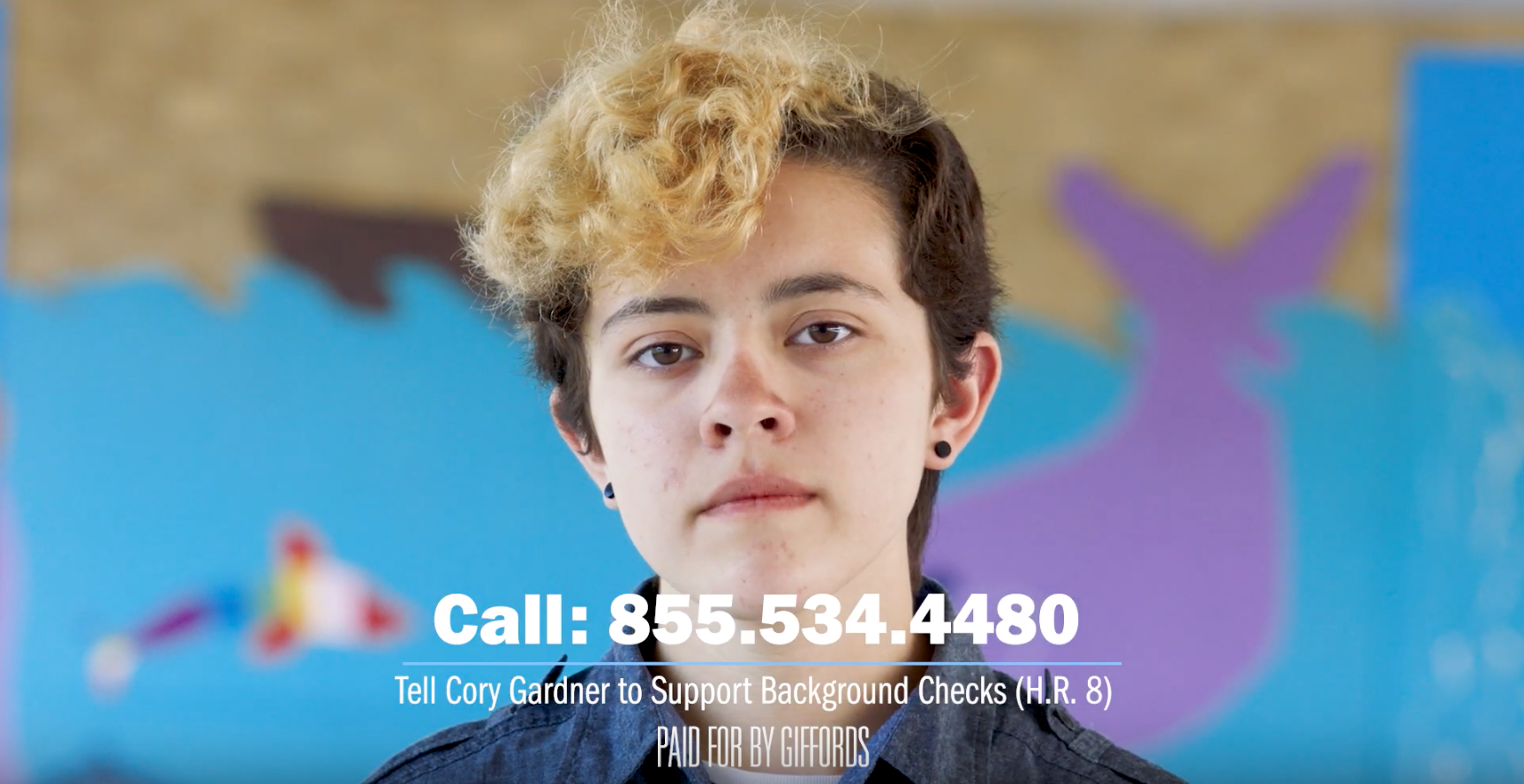 The ad features a Colorado teacher named Jody who says, “When I set up for my classroom every year, I think about it. How do I hide 31 kids from a school shooter? Instead of making lesson plans, I’m making active shooter plans.”

“How is this happening, and how can Senator Cory Gardner sit back and refuse to do anything to stop gun violence in our schools?” she continues.

Gun control advocates are quick to point out that Gardner is the NRA’s fifth-most funded sitting member of Congress. As of 2017, Gardner had received a total of $3,879,064 in campaign contributions from the organization.

Responding to mass shootings in El Paso and Dayton earlier this month at an event in Aspen, Gardner put his position bluntly, saying “I don’t support gun control.”

The ad prompts viewers to call Gardner’s office and ask him to support background checks for gun sales.

In 2011, Giffords was shot at a constituent event along with 19 others, six of whom were killed. Since then, Giffords has been a leader in the fight for control measures.

Madeleine is a progressive journalist and blogger covering Colorado politics and policy with a focus on reproductive health, rights, and justice. She recently graduated from Colorado College, where she studied Comparative Literature and Journalism. In Colorado Springs, she worked in the newsroom at KRCC, southern Colorado’s NPR affiliate, before moving to Denver to pursue a career in journalism and advocacy. In addition to the Colorado Times Recorder and KRCC, her work has appeared in Rewire.News, Jezebel, BigMedia.org, The Colorado Springs Independent, and ColoradoPols.com. Reach her by email at [email protected]