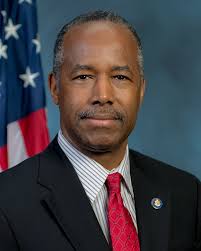 “We are honored that Secretary Carson will join us for the Western Conservative Summit,” said Jeff Hunt, Director of the Institute in a news release. “In the past, he has also visited the campus of Colorado Christian University and interacted with our students.

“It is a strategic priority of Colorado Christian University to impact our culture in support of the sanctity of life and compassion for the poor. These are principles that Secretary Carson has championed both as a neurosurgeon and now as a cabinet member.

“We are grateful for his leadership at the U.S. Department of Housing and Urban Development and are eager to hear about innovative ideas, such as opportunity zones, to improve the lives of Americans.”

Carson joined the Trump Administration as Secretary of Housing and Urban Development after being defeated by the mogul in the Republican presidential primary in 2017.