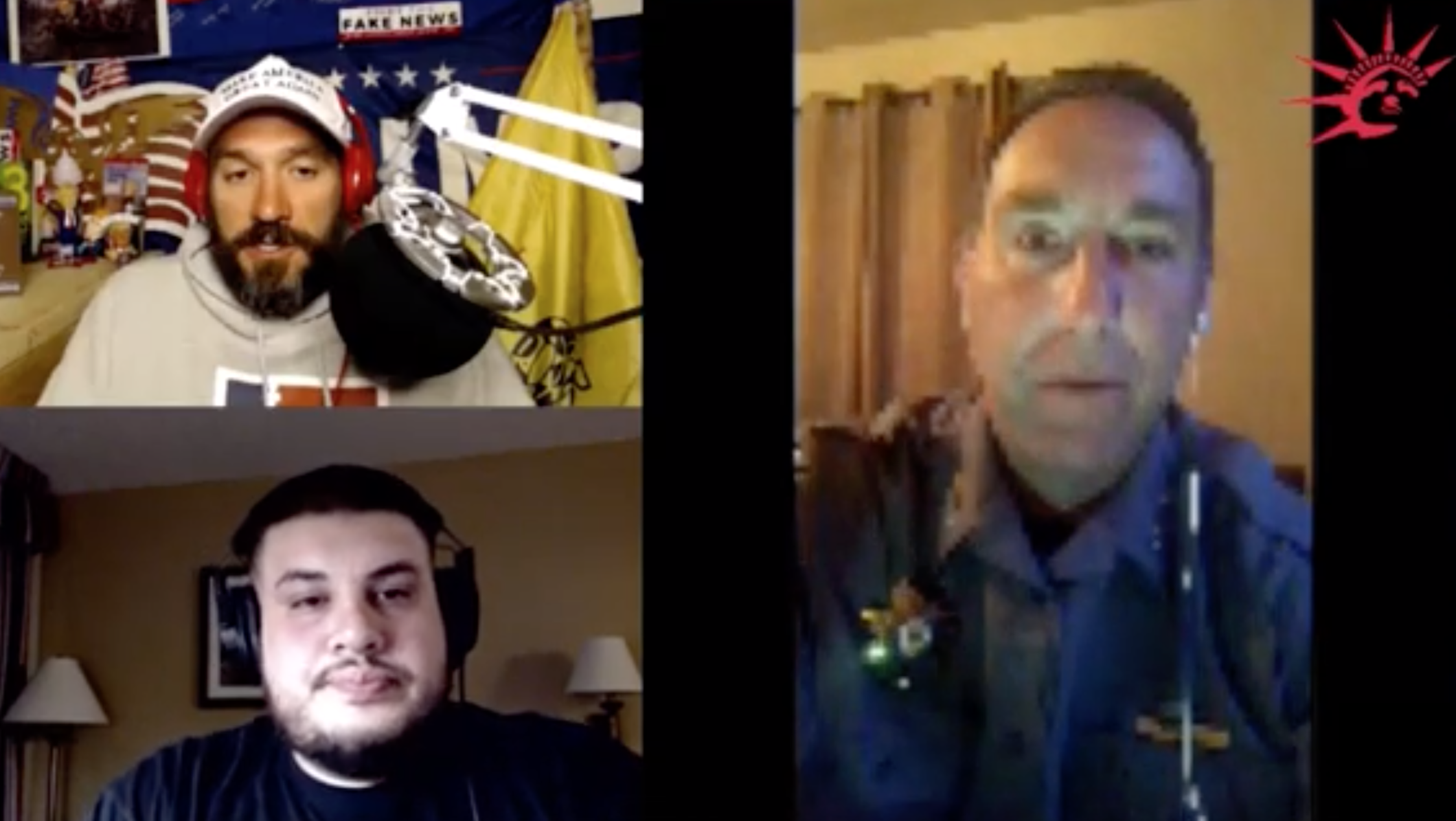 “I don’t ever look for an armed confrontation with the federal government, but you can understand when people have been pushed too far. Take this red flag bill for instance,” Reams told conservative podcast Major League Liberty last week. “The Bundys have been life-long ranchers on that land and they were basically going to be told, ‘you’re going out of business.’ The way they went about it, was that the best way of doing it? I guess that’s up for debate.”

Reached for comment, Sheriff Reams corrected this story’s earlier inaccurate statement that he is a member of the Constitutional Sheriff and Peace Officer Association- he is not. He also clarified his interview remarks to say explicitly that he did not think the Bundy family and its supporters should have resorted to armed resistance and he would never encourage an armed standoff with any law enforcement, nor does he think such action is appropriate.

Nevada rancher Cliven Bundy’s dispute with the BLM over his decades-long refusal to pay grazing fees came to a head in 2014, when law enforcement arrived to remove his cattle from public land. Bundy and numerous anti-government supporters took up arms against BLM staff and rangers. With rifles aimed at them, law enforcement decided to stand down and release the cattle.

During the legislative debate over the “red flag” bill, which allows judges to authorize the confiscation of guns from dangerous people, Reams told CNN he would rather go to jail than enforce the new law.

Appearing on Major League Liberty, Reams was asked by host Ty “Freedom” Winter if he believed moving the Bureau of Land Management (BLM) to Colorado would allow the “stewards of the land who are the land owners” to manage the land.

Reams stated his support for moving the BLM to Grand Junction, a position he shares with most of Colorado’s congressional delegation, including U.S. Senators Cory Gardner and Michael Bennet. Noting that Colorado doesn’t have the same problems with the BLM as other Western states, Reams followed up his comments about the Bundys and the red flag bill by stating that more contact and closer relationships between federal officials and local ranchers “makes perfect sense.”

Colorado is currently competing with several other western states to become the new headquarters for the federal agency. The Department of the Interior says it will announce a new location in September.

Reams also promoted his upcoming campaign fundraiser with Ted Nugent. The aging rock star has remained in the news in recent years largely due to his inflammatory political statements such as calling Parkland student shooting survivors “soulless” and saying that journalists and Democrats should be shot like “rabid coyotes.” Nugent is billed as the keynote speaker at Reams’ June event. According to Reams, he’s not allowed to advertise the event as a concert, but he says Nugent will be bringing his guitar and amplifier.

CORRECTION: An earlier version of this story incorrectly stated that Sheriff Reams is a member of the controversial Constitutional Sheriff and Peace Officer Association (CSPOA). Reams is not a member of the CSPOA. The Colorado Times Recorder regrets the error.