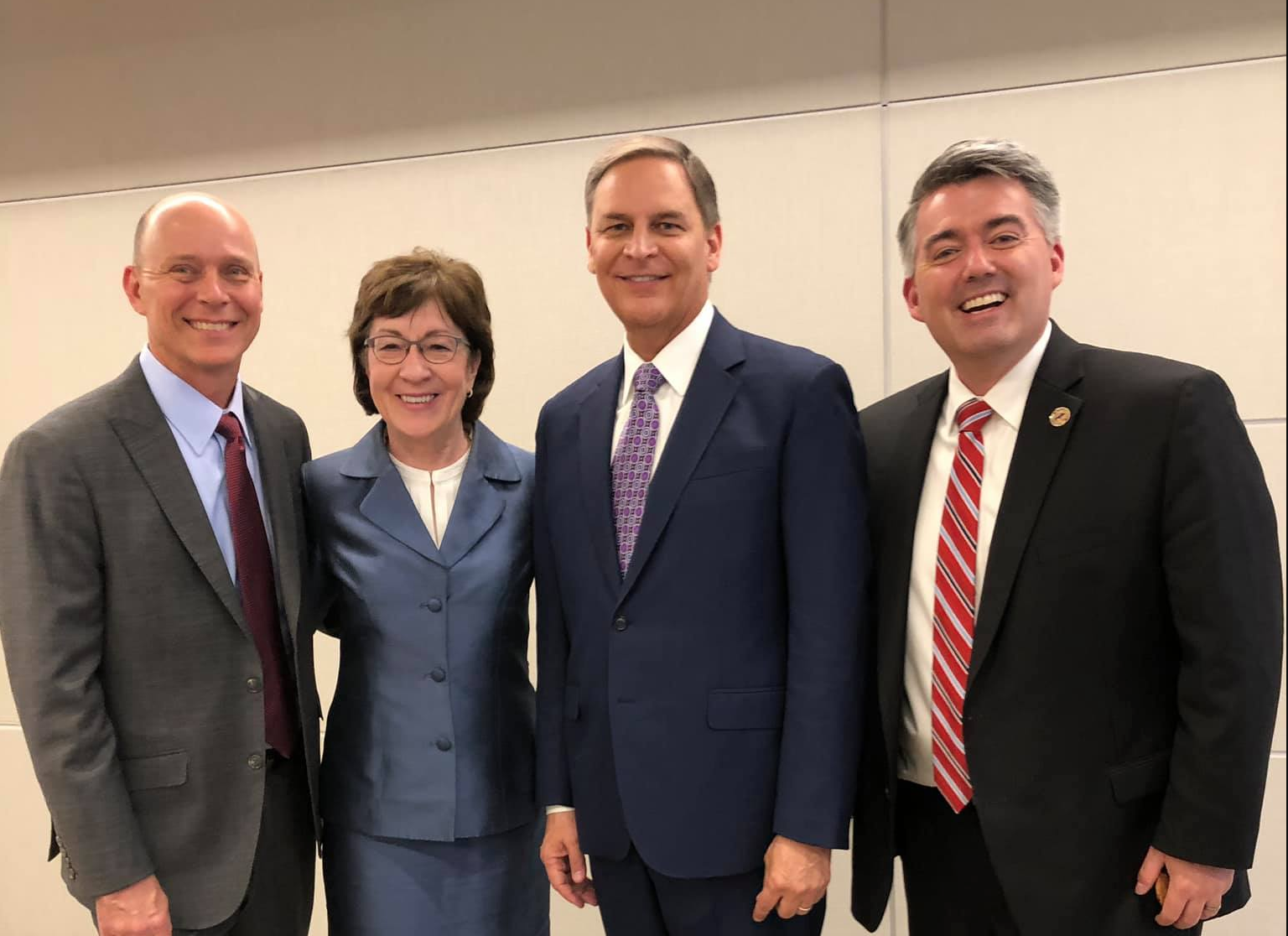 First reported by North Carolina conservative blog the Daily Haymaker, AUF hosted the $250 per person event on Tuesday at the Washington D.C. office of Hogan Lovells, a white shoe law firm with a large Denver presence.

Longtime AUF supporter Jay Timmons, president of the National Association of Manufacturers, posted a picture of Gardner and U.S. Sen. Susan Collins (R-Maine) posing with Timmons and his husband at the event.

Last month Timmons and his husband were honored by Equality Virginia for their advocacy for the right of same-sex couples like themselves to become parents. In 2007, then-State Rep. Cory Gardner voted against a bill to allow Colorado gay and lesbian couples to adopt children.

Reached for comment, Daniel Ramos, Executive Director of One Colorado, the state’s leading advocacy organization for LGBT and queer Coloradans and their families, offered this statement:

“Let me be crystal clear – Senator Cory Gardner is neither a friend nor an ally for LGBTQ Coloradans and their families. In the last eight years during my time at One Colorado, he has never reached out to discuss policy or legislation, and has never attended one of our events. If he was the LGBTQ ally that he claims to be, he would be enthusiastically supporting The Equality Act. He would be standing with the 15,000 transgender service members who are now unable to serve in the military. He would be working to strengthen Title IX protections instead of weakening them. As a nonpartisan organization, we are proud to support our Republican allies, and he is no ally to our community.”

Neither Gardner nor the American Unity Fund responded to a request for comment. This story will be updated with any statements they provide.