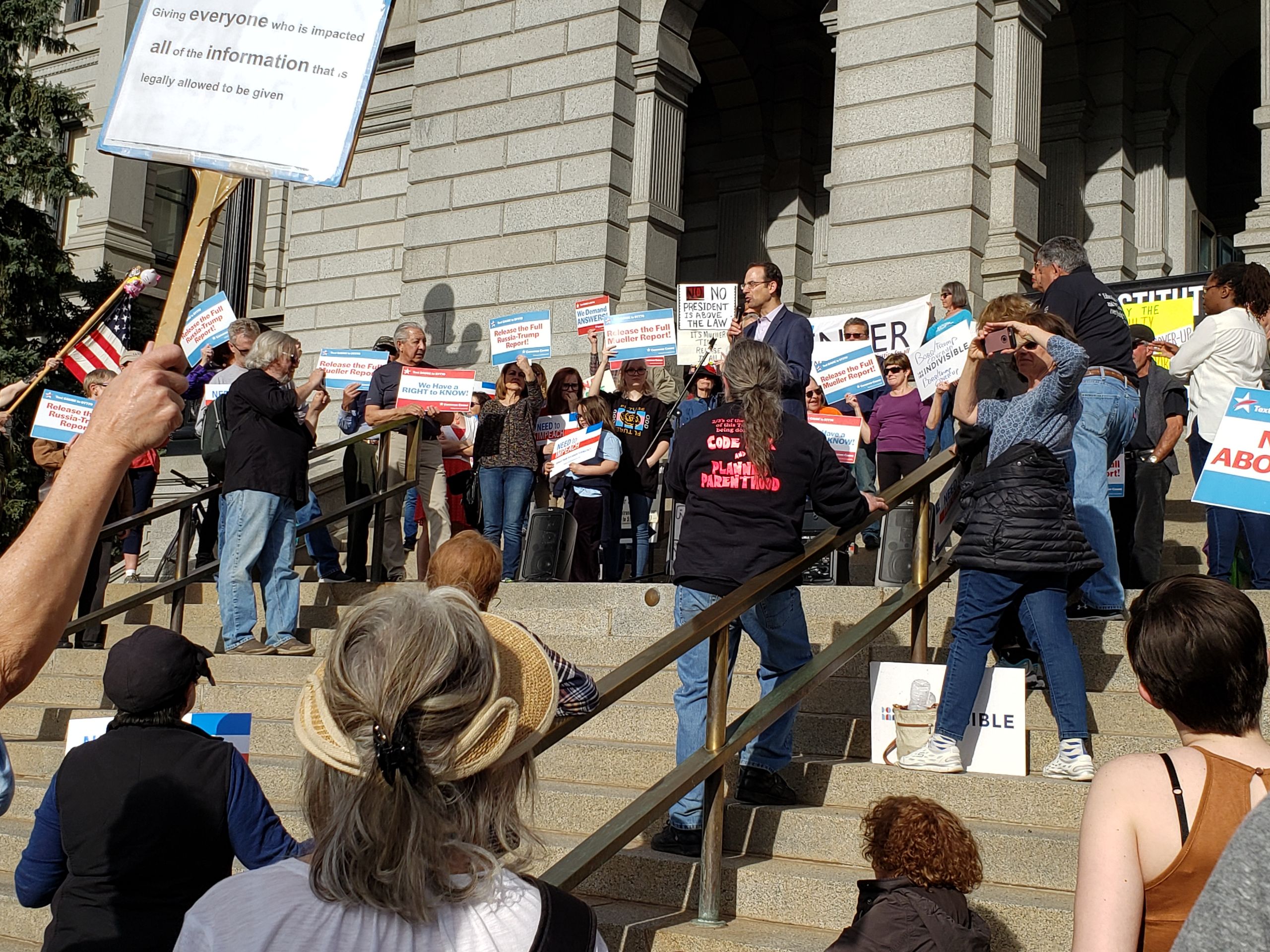 That was the message delivered yesterday by about 50 people in front of the Colorado Capitol on a balmy afternoon.

The rally, featuring speeches by, among others, former state lawmaker Joe Salazar, Colorado Common Cause Director Amanda Gonzalez, and Colorado Attorney General Phil Weiser, came as Congress is stepping up pressure on the Trump Administration to release Special Prosecutor Robert Mueller’s full report, as opposed to the four page summary provided so far.

Other signs referenced the theme that no one, even the president, isn’t above the law, and the citizens deserve to know all the facts uncovered by Mueller. Trump supporters have argued that details of criminal investigations, when charges are not brought, are not necessarily made public.

Rally sponsors included Common Cause, Moveon.org, and others.