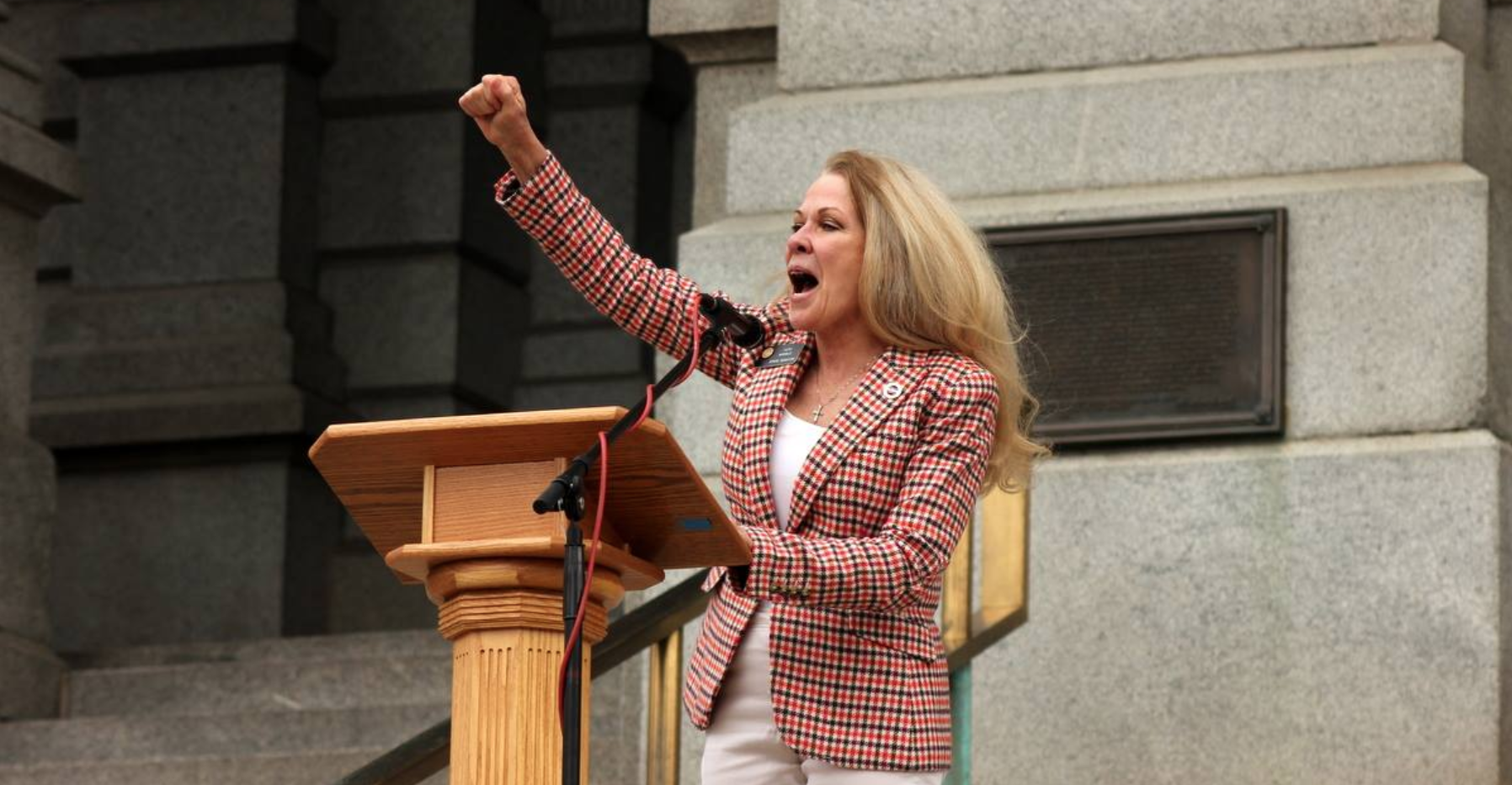 State Sen. Vicki Marble (R-Fort Collins) made national headlines over the weekend for appearing to threaten 9News anchor Kyle Clark after he highlighted her calls for parts of Colorado to secede over what she views as overreaching oil and gas regulations.

Today, she doubled down on her comments going after Clark, saying in an interview with KNUS radio host Peter Boyles, “I am coming after him to find him, and I’ll ambush him with my camera crew!”

In case you missed it, here’s Marble’s ranting Facebook post from Friday, in which she tells Clark, “Don’t think for one minute you are ‘Ambushing’ me I’m coming after you,” and to “thank God” for “how warm and cozy you and your family are tonight”:

In her interview with Boyles today, Marble clarified what she meant by “ambush”:

“I am coming after him to find him and I’ll ambush him with my camera crew,” Marble added.

In a weekend press statement, the Colorado Senate Republicans clarified that Clark’s team expressed plans to show up to the Capitol to interview Marble over her secession remarks after she was unavailable to comment on Friday.

This is, of course, not what “ambush” means, given that Marble was informed of Clark’s plans to interview her beforehand. The term “ambush interview” refers to a situation in which a reporter shows up unannounced to interview someone.

In the same press statement, Marble pushed back against the characterization of her Facebook post as a threat of violence, calling those charges “unfair” and “untrue.”

“If you’re offended at the characterization of an ‘unscheduled interview’ as an ambush, then I would encourage you to get over it,” she added in her statement.

Explaining her comment that she’d have her camera crew ready for Clark, Marble told Boyles, “I’m not gonna do an interview with that man without my people there to also record what’s happening because of his lying capacity and fake news agenda. It is so clouded, his ability to do real reporting.”

Marble also expanded on her comments about secession, saying that anger against progressives in the state was “simmering and coming to a boil” and that she’d “one hundred percent” support secession “if it were a citizen movement.”

Of particular concern to Marble is a bill to strengthen health and safety rules for the oil and gas industry, but she also expressed disdain for Democratic proposals for a paid family and medical leave program and tighter gun laws.

Marble has been no stranger to controversy over the course of her career as a lawmaker. You might, for example, remember her remarks linking the black population’s life expectancy to chicken and barbecue during a meeting on poverty. And then there was the time when an 11-year-old cub scout was kicked out of his den after asking Marble about those comments, which she told him “made up by the media.”

Marble is the member of the Senate Republicans’ leadership team, serving as Minority Caucus Chair.