Boebert Claims Her Outburst During Biden Speech Was ‘Spontaneous’ 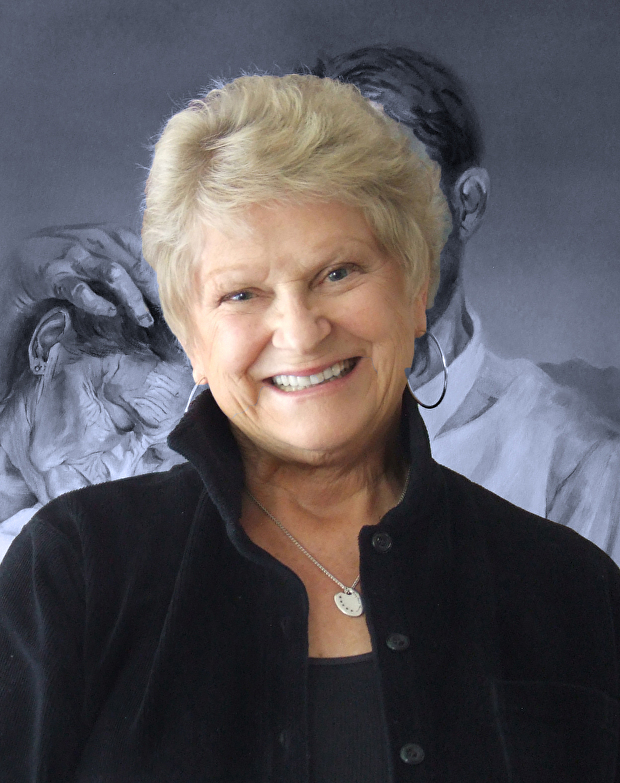 After a successful fundraising drive last year led by local Republicans, Colorado Springs portrait artist Sarah A. Boardman was commissioned to paint a portrait of President Donald Trump for the Colorado Capitol. She’s putting the finishing touches on her work, which she says will done by the end of the month. Boardman also painted a portrait of President Barack Obama, which hangs at the Capitol. Read more about Boardman here.

Boardman took time over the weekend to answer questions, via email, from the Colorado Times Recorder.

The first set of queries is about her artistic process on the portrait and her work as an artist; the second set addresses the response to the Trump portrait in particular. Boardman’s sketch for the Trump portrait, as well as her selection of the photo underlying it, were first reported in a Colorado Times Recorder article last year.

Thank you again for taking time for this interview.

I’ve got questions about the art itself and the response to your sketch.

How’s the painting process going? Are you finding President Donald Trump harder or easier to paint than President Barack Obama?

Neither harder nor easier. I love painting portraits, and each one brings different challenges and highlights. I approach each one as an individual project and prefer to avoid comparing them as I go along.

Do your personal feelings about Trump affect your work on his portrait?

Not at all – when I start to paint a portrait, it is the portrait, likeness, and “essence” of the subject which I strive to portray.  Any personal feelings about any subject are not relevant and are left outside the studio per my training to “leave those emotions at the door”.

You told me that you’re painting by daylight only, as opposed to artificial light. Why?

Yes, I do paint portraits in natural daylight. Light from the north is indirect light and produces the most consistent, cool, environment with the fewest changes in shadows and values throughout the day. Natural, northern, daylight does not change in temperature during the day as sunlight does, so the atmosphere remains much more controlled and I do not have to continually readjust colors because the sun is moving and changing the light.

Artificial lighting creates a painting which may not appear the same in a differently lit environment.  Northern daylight avoids this.

Judging from your statement that the “artistic purpose” of Trump’s red tie is, partly, to complement the presidential portraits in the gallery, you seem to be aiming for a specific feel or visual balance in the portrait area, with Clinton and Bush, your portrait of Obama and the Trump portrait playing off each other.  Can you describe this?

I talked about this in the previous article you wrote about the photo choice.  In the grouping of four presidents (in their current configuration) there is an imbalance. The portrait in top left, of President Clinton, has a vivid flag in the background. By including President Trumps red tie, the four portraits in the group become more balanced. I selected the plain red tie, which is overwhelmingly the most common tie seen in photographs of President Trump throughout many years, and consistently his choice.  It also denotes the Republican Party and the red is considered a “power color” by many.

What parts of a portrait do you paint last, and when will you be finished?

The portrait evolves in its entirety with no special place for the ending.  I do, however, always work from the large shapes and end with the details.

I am planning on being done by the end of March.

NOW, A FEW QUESTIONS ADDRESSING THE RESPONSE TO THE TRUMP PORTRAIT DESIGN AND PROPOSAL

Were there any protests or public anger (public or private) over your portrait of Obama?

Definitely. There will always be anger at a president from one side or the other. It is human nature.  However, that anger was directed at the subject, not the actual piece of art, as it is/will be with this portrait of Trump.

What do you have to say to people who are opposed to hanging the Trump portrait at the Capitol?

I believe everyone is entitled to their own opinions, and opposition is one aspect of that.  All presidents from the first to the last are entitled to have their portraits in the Rotunda as it is the “Gallery of Presidents”.  There are all sorts of personalities, parties, issues and views represented by those presidents, but those factors are not relevant as to whether or not their portrait hangs in that gallery.  Being president is the qualification for entry into the gallery, and I respect that qualification on face value as I did with the portrait of President Obama.

I would ask each person for their reasoning, and ask them to differentiate between the Obama and Trump portraits and why each should/should not hang in the gallery. Their answers, in my experience, cause the viewer to begin to reflect on the true purpose of the gallery as a visual representation of history, and not the issues and stances taken by the people portrayed in the paintings.

Some of our readers are objecting to your decision to portray Trump as “non-confrontational” and “thoughtful,” because they say he’s known to be confrontational and rash. What is your response to this criticism?

I agree that some people think of him that way now, but it is not a universal view which will endure into the future. There are presidents in the gallery, as it stands, who had very volatile histories, yet we do not look at the portraits in that light today. My choice of references comes from my decision to remain neutral, and let the criticisms stand on their own throughout time.  The portrait is not designed for just one faction of the population. The commission for which I was hired, as with Obama’s, is to present a portrait for all viewers regardless of their stance on the issues related to the subject.  There will always be dissent, so pleasing one group will always inflame another. I consider a neutrally thoughtful, and non-confrontational, portrait allows everyone to reach their own conclusions in their own time, in addition to that approach being more durable over time. Personal views about a subject do not define, and are separate from, a piece of art in the Gallery of Presidents.

Are you, as an artist, personally offended by people who don’t think a Trump portrait should hang in the Capitol? Why or why not?

I am not at all offended by the views of others. Everyone has the freedom of expression, and, as the artist, I am employed to focus, only, on the portrait painting aspect.  I painted President Obama with the same neutral mindset on my part, and heard similar objections, at the time, to his portrait being hung, albeit from a different group!

What’s the most supportive comment you’ve gotten about the Trump portrait or design so far?

The most supportive comments I have heard are in reference to the neutrality of his expression, and how it should appeal to viewers of all stripes, over time. A portrait is not a political statement, but a representation of a human being.  I have, also, heard positive comments on the choice of President Trumps tie – from my research it is probably his favorite!

The Presidential portraits in the Rotunda have in the past, and will in the future, elicit a wide variety of responses because of the histories behind each one – their affiliations, their views and their legacies. This is always subjective and based on the personal filter of each individual viewer.

Perceptions of presidential power change with the times and official portraits are merely portals to those lives, to be accepted or rejected by each viewer.  Formal official portraits, over generations, have stood on their own merit, leaving the legacy of the subject for the viewer to accept or reject.