Wilburn is another possible candidate for state GOP chair 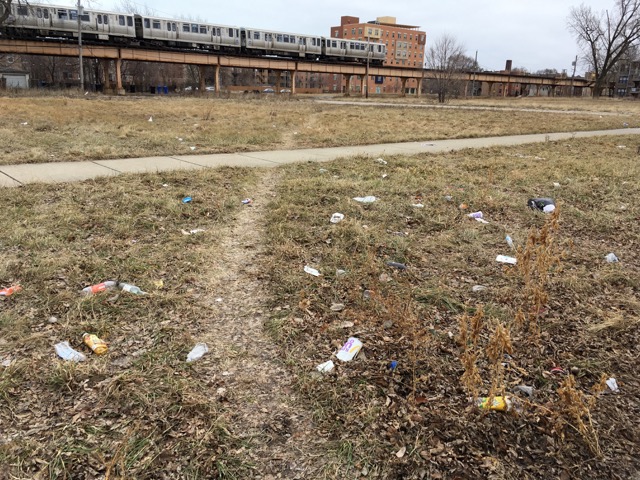 A plot of land, open to any possibility, then ordered by a set of intentions:  the town plan. The city street pattern represents the most basic of those intentions. It’s a powerful, resilient element, one too often overlooked as we make our way through our cities and towns. The street plan represents first principles.  It’s a template, arising from ideas about how to live:  widths of streets, sizes of blocks and neighborhoods, green spaces, functional divisions.  All these will govern daily life to a remarkable degree.  In the plan resides the resonant structure of the city; its harmonics, a steady hum over which the discordant tune of city life plays.  To know a city at the level of the grid and plan is to see the x-ray skeleton of a flesh and blood being.

To come to terms with these basic ideas of the city, walk the streets and try to imagine that every structure is gone.  Far from an apocalyptic horror, such an exercise is a logical starting point, one leading to a deeper appreciation of place.  It’s a pleasure to understand a city at this level–necessary, even, to its full apprehension.  By necessity, buildings develop above the root ideas represented by street patterns.  Eliminate the buildings and you come closer to understanding those ideas.

In walking a city’s grid we find a connection between past, present and future.  The street plan precedes development, governs the structure of present, and persists after redevelopment, disaster and decay.  Street plans survive the inevitable rebalancing that time brings to civilizations.  After evolution–or devolution–the plan.

When apocalypse comes for a city, the city’s root patterns emerge through the debris and devastation of tragedy, dusty avenues of hope:  all is not lost, perhaps.  Though the structures are gone, the structure remains.  In Dresden, Hiroshima, Johnstown, entire cities were lost, but resilient frameworks remained on which to build anew.  Those frameworks are physical–and by extension, cultural–manifestations of the idea of ‘Dresden’, ‘Hiroshima’ or ‘Johnstown’.

In a city that comes to a full stop, the grid remains as a totem, an archaic code.

Pompeii, destroyed by chance rather than vengeance, preserves a foundational grid, binding together the rich evidence of a city arrested in time. The moving artifacts of lives ended in a moment by Mt. Vesuvius make more sense in the full context of that organizing pattern.  To remove the pattern is to diminish the meaning of those artifacts.

Even a city that never gets off the ground leaves a context.  A subdivision cancelled during an economic downturn leaves a bankrupt network of street names, sewers and stop signs, though there are no homes, no life.  It inscribes the idea of a neighborhood on the surface of the earth for visitors to see, a mystifying, shallow cipher, modern Nazca Lines, a schematic of lost dreams, of hopes tempered by circumstance, a ghost of an idea–the anti-Pompeii.  Pompeii and Spoiled Shores.  What was, and What wasn’t.

A street plan doesn’t just reflect the passage of time, it suggests the pace of time as well.  It persists regardless of the rate at which the city transforms around it.  In examining the plan we make a connection to that pace. In Beijing, for example, vast neighborhoods were bulldozed in the 1990s and 2000s to make room for new developments.  A twenty-first-century city was overlaid on the shadowed imprint of centuries-old Beijing. Time passed as a hurricane.

By contrast, time seems to pass much more slowly in Desert Heights, a quiet neighborhood north of Twenty Nine Palms, California.  Here the Mojave Desert was stamped like a waffle with a network of hard dirt roads decades ago.  But the neighborhood has been slow to follow, arriving house by low-rise house as residents gradually fill in the grid.  Development comes at the languid pace of the Mojave.

Residents of both Desert Heights and Beijing can expect lives of about the same length.  The physical cues for the passage of time rush by in Beijing while they trickle past in Desert Heights.  Are lives in these places really the same length? If the world rushes by do we live more, or less?  What remains constant here is the grid, the root pattern, a guide not only to place but to time.

Elsewhere, time seems to flow backwards.  Consider the 8800 block of Knodell St in Detroit, where three houses remain on a block designed for forty homes.  Or the three square blocks bounded by Wolcott, Washburne, Wood, and 14th St in Chicago.  Laid out in the nineteenth century for 150 homes, not a single structure remains on any lot. For these neighborhoods time has reversed. The city has reverted to basic patterns established in the nineteenth century, but which are not relevant to the present.  Place is dormant here.

Blindfold and walk with an imaginary resident who has returned for the first time in decades to a city that has changed dramatically.  You will find her confidently wandering a familiar grid while richly envisioning a place that no longer exists, a previous incarnation of her city.  Hers is a city of memory.  The street pattern is the last remaining physical element of that city.  If you remove the blindfold she will have only one option if she wants to make physical contact with the city of her memory:  to lie down and embrace the street.

Ralph Walsh is a freelance writer based in Chicago. He shot all the photos for this post.