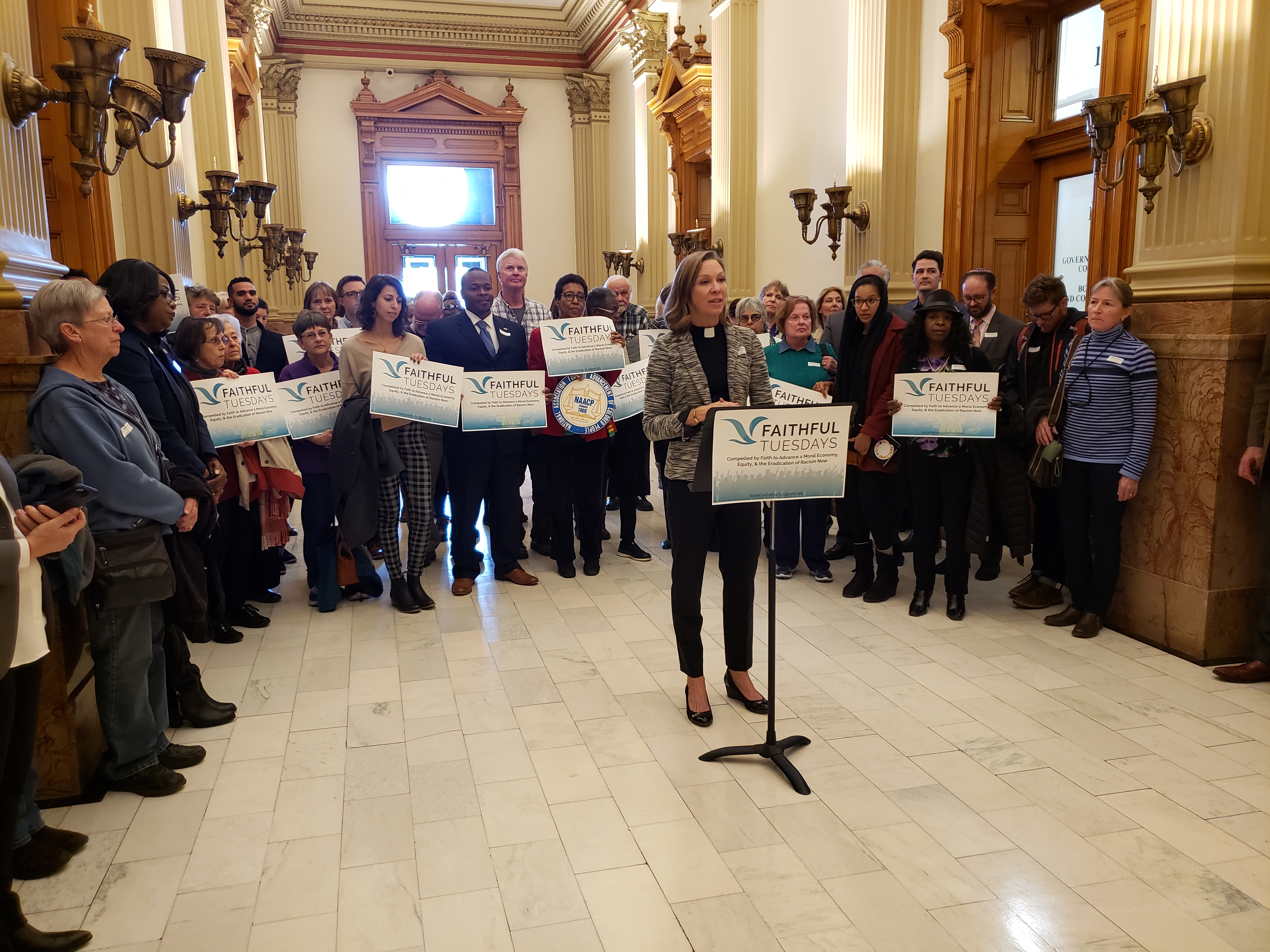 The second “Faithful Tuesdays,” a weekly event at the Capitol intended to “advance a moral economy, equity, and the eradication of racism now,” took place Tues. with speakers from advocacy groups calling legislative action for criminal justice reform.

“We are committed to the short term and long term work of bringing people across differences to fight for rights, and equality, and opportunity for all people,” said Rev. Amanda Henderson, Director of Interfaith Alliance, a multi-faith organization that advocates ensuring the protection of freedoms for every individual.

The event highlighted proposed solutions to the problems inmates face upon their re-entry to a normal life.

In Colorado, the recidivism rates of offenders one year after their release are lower than 10 percent. This means that over 90 percent of offenders who served time do not return to incarceration.

“None of us are defined by our worst actions, including those of us who have been found guilty of them,” said Majid Mohammed, a Metro State University student. “This is why a rehabilitation-focused approach to criminal justice reform is much more valuable and humane than the narrative of .”

The Interfaith Alliance supports two bills introduced this legislative session, and hopes a third bill will be offered as well.

One of the bills, HB 1025, better known as the Ban the Box bill, aims at removing the requirement of admitting to criminal convictions on job applications.

This would allow greater chances of getting an initial interview, but opponents don’t like the idea of regulating business in this way.

The second bill, SB 108, better known as the Juvenile Justice bill, aims to mental health screening and other support for youth offenders, with the ultimate goal of keeping young people from cycling in and out of the penal system.

“If we can restructure it [the criminal justice system] to the benefit of those coming out, being more effective and positive, then we’ve done our job.”

Colorado Attorney General Phil Weiser, a Democrat, called on citizens to fight for a more “inclusive democracy” that would result in a “more perfect union.”

The Faithful Tuesdays events will continue every Tuesday at the state C until April 30. For more information on Tuesdays and the Interfaith Alliance mission visit their website.