Christine Jensen Turns And Walks Away When Asked, ‘Where Do You Stand on Trump?’ 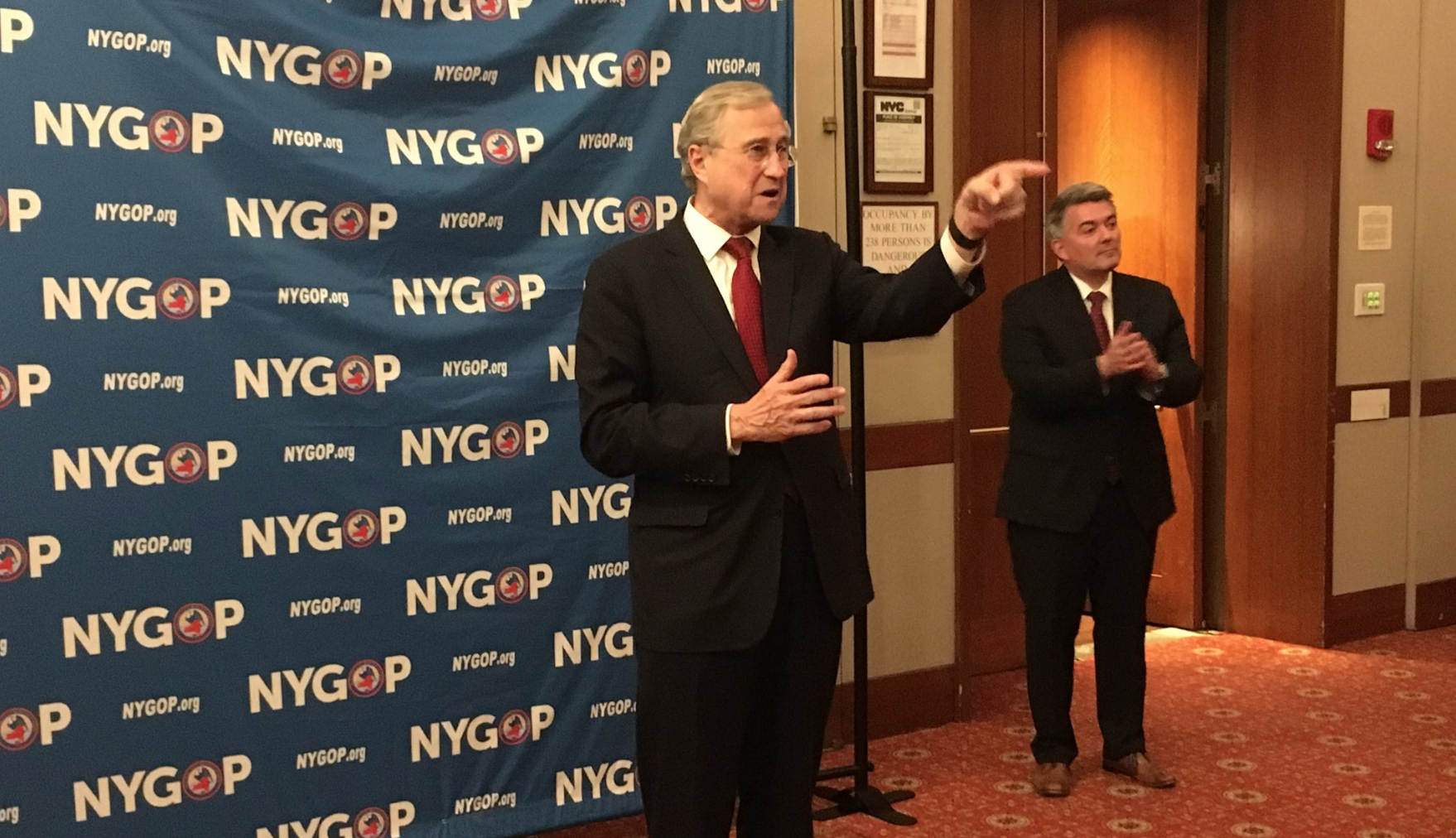 Senator Cory Gardner has had a busy fundraising schedule so far this year. In addition to a pair of high-dollar events last month, his official campaign kick-off luncheon takes place Wednesday at an undisclosed Washington DC location, where he’ll be joined by Majority Leader Mitch McConnell and the entire Senate leadership team. But Gardner isn’t just holding his own hand out, he’s helping other Republicans in need as well.

Just one week ago he was in New York City to help the New York GOP squeeze a few dollars out of their high-rolling members. Speaking at an exclusive reception for the party’s Empire Club, Gardner entertained the crowd with tales of NRSC victories from the 2018 election.

He was introduced by New York Republican Party Chairman Ed Cox, who is also known as President Richard Nixon’s son-in-law.

The private event was “limited to current members of the Finance Committee & Empire Club.” Annual membership in the Empire Club costs $1,000, though the price includes a pin and one’s choice of either a tie or scarf.