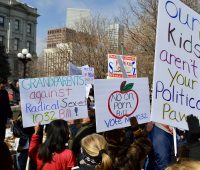 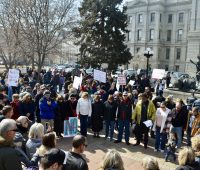 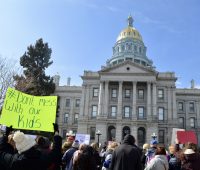 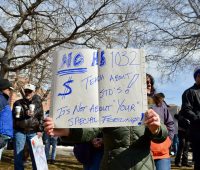 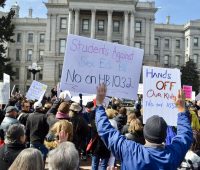 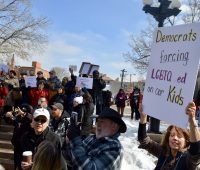 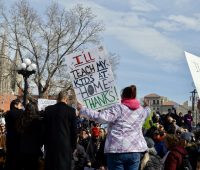 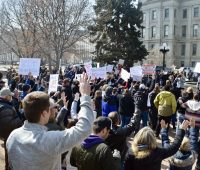 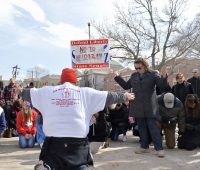 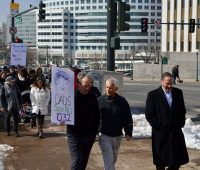 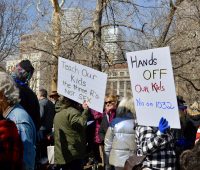 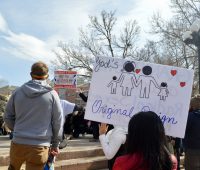 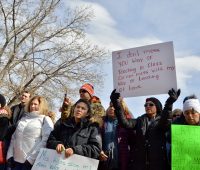 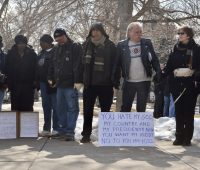 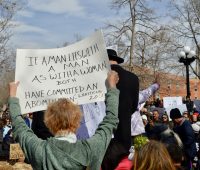 Hundreds of people gathered at Colorado’s Capitol to partake in a prayer circle and march to oppose a bill aimed at improving public school sex-ed programs Wednesday.

The Youth Wellness Act, which will be heard in Senate committee tomorrow, would make sex-ed more inclusive for LGBTQ kids and require that students be given medically accurate information about contraceptives, rather than only teaching abstinence.

Colorado Republicans have been mobilizing in full force to oppose the bill, and have successfully riled up their base, as evidenced by the massive turnout at the bill’s House committee hearing.

Jason Salzman cleared up some of the falsehoods being disseminated in a Colorado Times Recorder post from last month:

FALSE: State Rep. Mark Baisley (R-Teller) was quoted as saying: “It’s a violation of the First Amendment to the constitution by telling the school districts that you won’t talk about anything having to do with religion.” Former State Sen. Kevin Lundberg put it more bluntly on Facebook post. where he called the bill a “manifesto for rigidly requiring all schools receiving public funds to a new morality that is bereft of any actual morals.”

TRUE: The bill states specifically that it does not “prohibit discussion of moral, ethical, or religious values of individuals as they pertain to human sexuality, healthy relationships, or family formation.” Plus, parents can opt-out of sex ed for their kids, under Colorado law.

TRUE: The bill states that information should be “age-appropriate.”

False: A prominent sub-headline in The Denver Post Stated, “‘If you’re for House Bill 1032, then you’re for exposing 9-year-olds to sexually explicit techniques,’ one father said.’

TRUE: As reported by ColoradoPolitics’ Marianne Goodland: “Several witnesses incorrectly said HB 1032 would require teaching sexually explicit techniques to children as young as 9 years old (it wouldn’t) or that schools would teach sex ed without input from parents (state law already allows parents to opt out).

TRUE: No mention of Planned Parenthood in the legislation.