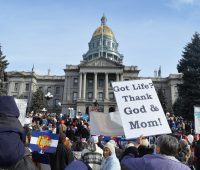 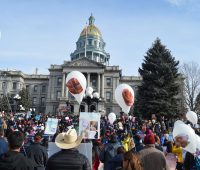 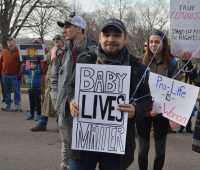 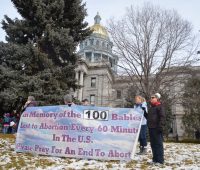 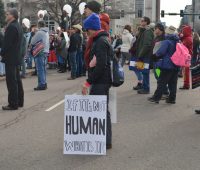 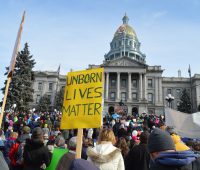 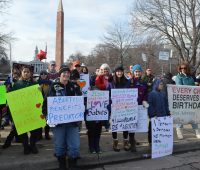 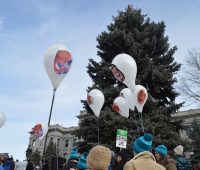 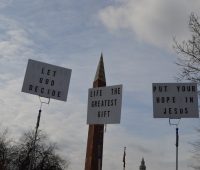 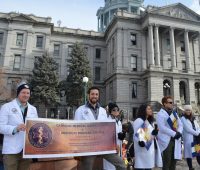 Thousands showed up to the Celebrate Life Rally and March at Colorado’s Capitol Saturday, which occurs annually in cities across the U.S. around the anniversary of the monumental Roe v. Wade decision, which legalized abortion nearly half a century ago.

This year, anti-abortion advocates saw cause for celebration given the confirmation of Justice Brett Kavanaugh to the U.S. Supreme Court, which tipped the court’s balance of power in conservatives’ favor and put abortion rights in peril.

“The days of Roe v. Wade are numbered,” said emcee and founder of 40 Days for Life David Bereit, drawing huge cheers from the crowd. “Abortion is going to end.”

Rachel Guerrera, who occasionally protests outside Planned Parenthood and has been attending the rally for the last few years, said she’s looking forward to seeing if the court can overturn Roe v. Wade.

“It’s very hopeful to me,” said. “There’s still a strong current against that, but I have hope.”

Referencing what is for the anti-choice movement a dark stain in the state’s history, Bereit noted that Colorado was the first state to legalize abortion, several years prior to the Roe v. Wade decision.

“What began here has led to the slaughter of millions of American children,” he said.

Bereit then led a chant of “We are the pro-life generation,” pointing out the large number of young people who attended the rally.

Mackenzie Ross, for example, attended the rally with her husband and their four children in tow.

“We want to show them from a young age how important this is to our family,” she said.