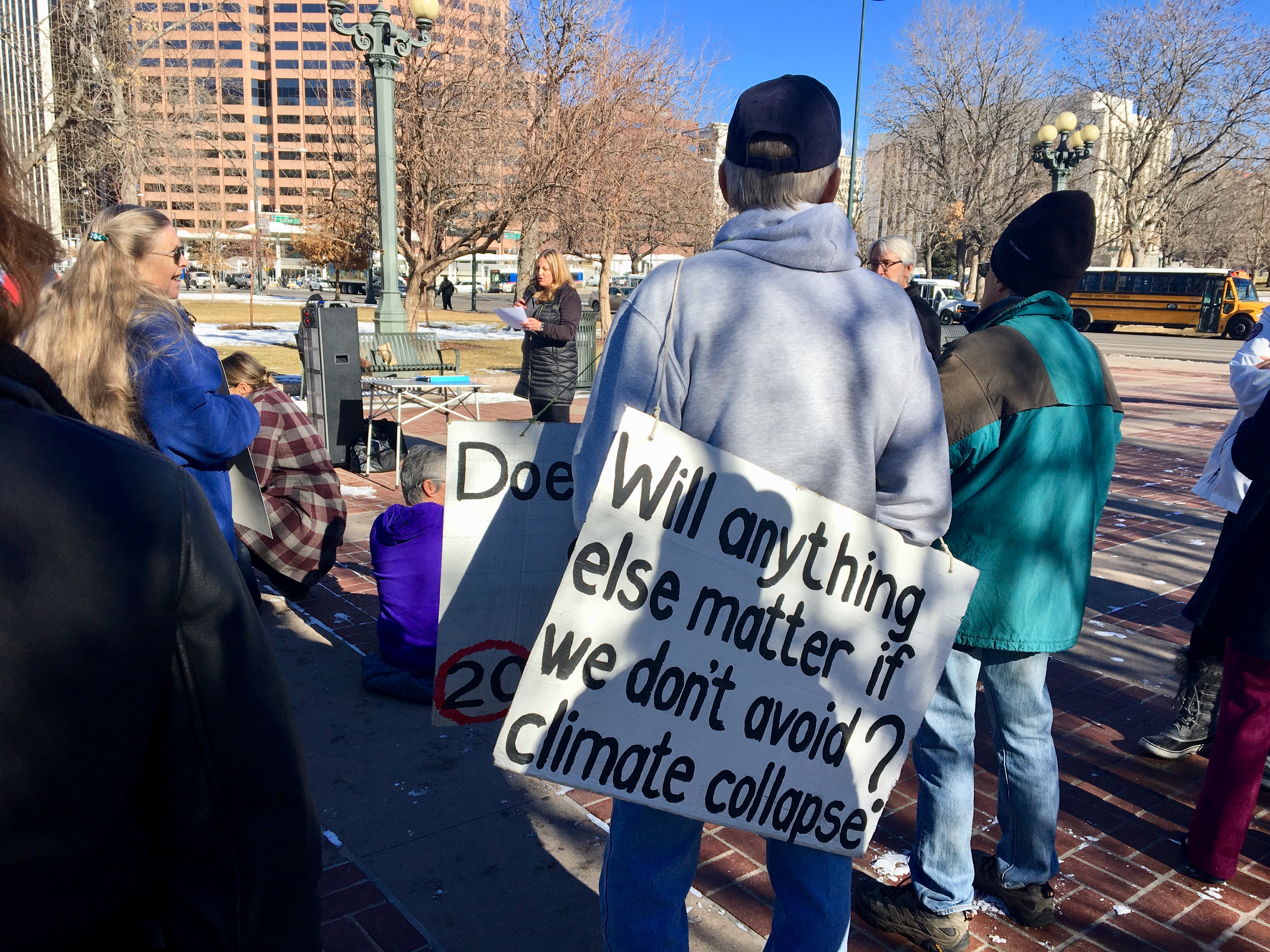 Community activists called for bold policy change to address the coming climate crisis and hold the oil and gas industry accountable at a rally in Denver’s Civic Center Park Thursday, the day before Democrats took control of the state legislature and kicked the 2019 legislative session.

Chief among their proposals was a request that governor-elect Jared Polis use his executive power to enact a moratorium on all new drilling in Colorado.

It shows anti-drilling activists aren’t backing down after suffering a blow during the 2018 election, when Colorado voters rejected a ballot measure that would have required new oil and gas operations to be situated at least 2,500 feet distance from vulnerable places like schools, water sources, agricultural areas, and residential neighborhoods.

Activists say that the acceleration of oil and gas development is outpacing the ability of regulatory agencies like the Colorado Oil and Gas Conservation Commission (COGCC) to effectively ensure that drilling won’t harm nearby communities.

Andrew Forkes-Gudmundson of the Paonia-based non-profit Citizens for a Healthy Community told the crowd that the Roaring Fork Valley, which has the state’s highest concentration of organic farming, relies heavily on “clean and uncontaminated irrigation water,” which is “under threat from massive oil and gas development proposals.”

“If the oil and gas industry gets their way, we could be facing 1,200 new oil and gas wells in our watershed alone,” he said.

In 2017, oil and gas drilling caused 615 spills in Colorado alone, and of those spills, 146 are reported to have impacted ground or surface water.

“There are many miles of poorly constructed, uninspected, and exempt from regulation pipelines crisscrossing the watershed that fills our irrigation ditches and waters our crops,” said Forkes-Gudmundson. “Undetected leaks threaten not just [farmers’] livelihoods but everyone who relies on them for clean and healthy produce.”

A letter sent Thursday to Polis, which was signed by 26 community groups and many rally-goers, urges him to “enact an immediate nine-month moratorium by directing the COGCC to put on hold all pending and new permit applications and related infrastructure approvals.”

The rally also featured twelve-year-old Haven Coleman of the Sunrise Movement, a youth-led organization that has been pushing for the Green New Deal, a set of policies meant to curb climate change while creating jobs.

“Us youth, us kids are fighting for our lives,” said Coleman. “We are actually out of time. Climate change is here and it is affecting us now.”

“The Green New Deal will protect us from climate breakdown,” she said. “It will stop climate change’s worst effects and create an economy that works for everyone.”

Calderon said the policy “promotes gender and racial justice,” and that “women and communities of color are disproportionately impacted by the costs of climate change.”

Salazar said Colorado lawmakers have a history of inaction on climate change.

“We need to hold people accountable,” said Salazar. “And although he is my friend, that includes the governor of the state of Colorado.”

The rally was part of a nationwide string of actions organized by the progressive grassroots group Indivisible to mark the beginning of the new Congress.