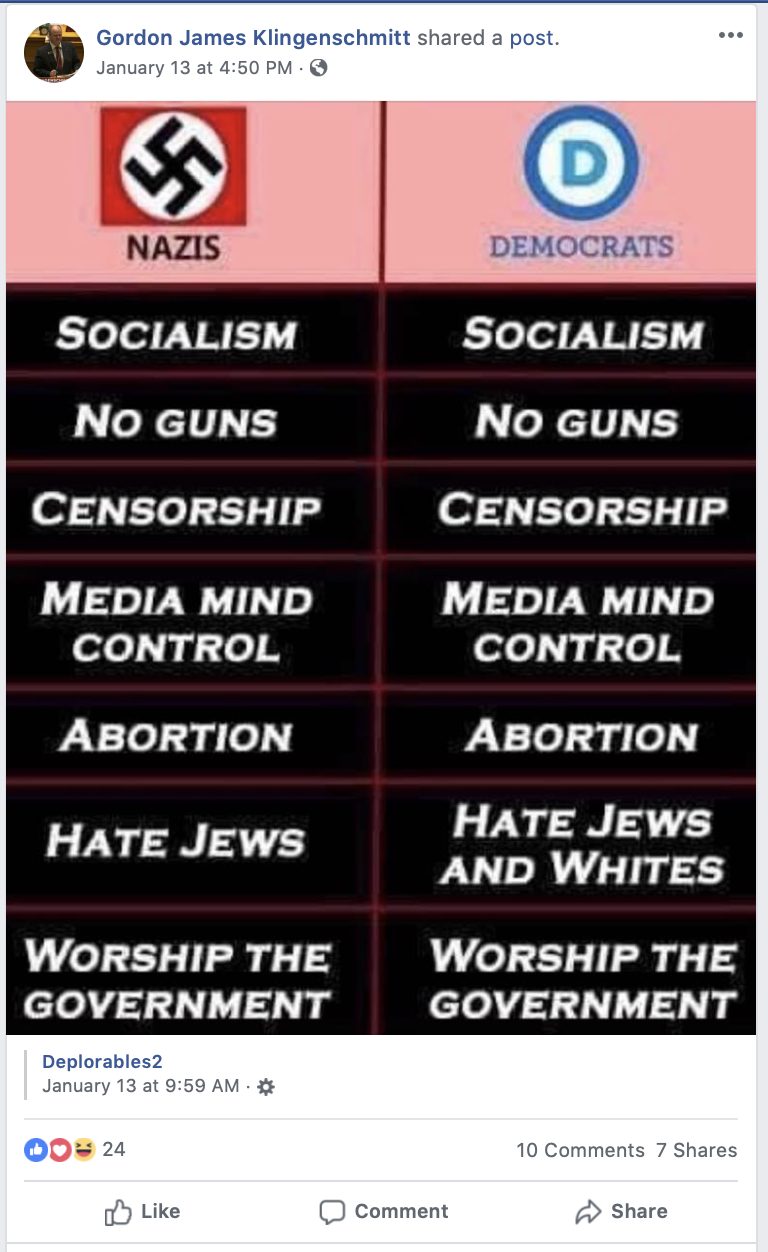 Former State Rep. Gordon Klingenschmitt (R-Colo Springs), who is in the race for Colorado Springs City Council, shared an image on his Facebook page this week that appears to equate Democrats to Nazis.

The image advances a distasteful notion that Democrats “Hate Jews And Whites”, a step up from the Nazis, who only “Hate Jews.”

Here are some of the other common characteristics of Nazis and Democrats, according to the post: socialism, no guns, censorship, media mind control, abortion, and worship the government.”

With a long history of controversial posts and statements, the city council candidate does not shy away from getting attention.

After the midterm elections in 2018, “Dr. Chaps” equated Democrats to Nazis in a video on his website.

“Five anti-Semite Democrats have been elected to the new Congress.”

According to The Denver Post, in 2015, after a woman had her baby torn out of her in a grotesque criminal act, Klingenschmitt had this to say:

“This is the curse of God upon America for our sin of not protecting innocent children in the womb and part of that curse for our rebellion against God as a nation is that our pregnant women are ripped open.”

Gordon Klingenschmitt promotes himself as the “twice voted #1 most conservative legislator.”

Colorado Times Recorder reached out to Klingenschmitt for comment, and he did not call back.