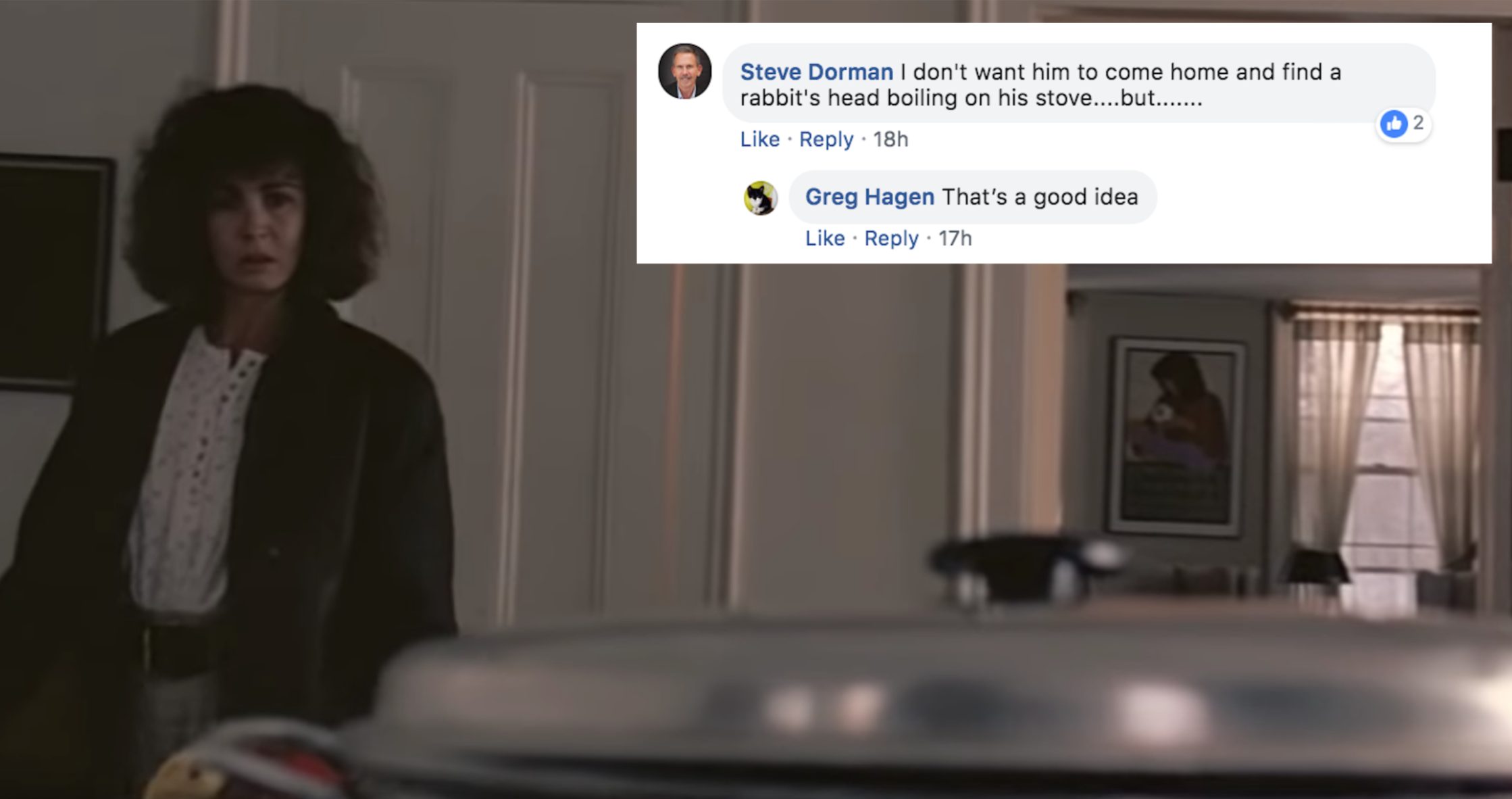 Colorado’s conservative activists are furious at U.S. Sen. Cory Gardner’s call to end the government shutdown without funding for President Trump’s wall. County GOP officials and Tea Party leaders are talking openly about the need for a primary challenger in 2020.

One official went so far as to joke about boiling a bunny on Sen. Gardner’s stove.

Dorman replied “this betrayal is too huge. I don’t care about 99.9% of the time. And yes….the wall and border security are very important.”

In another comment, the JeffCo GOP Vice Chair added “I don’t want him to come home and find a rabbit’s head boiling on his stove….but…….”
The author of the original post replied, “That’s a good idea.”

Though presumably tongue-in-cheek, this quip is particularly dubious in light of a threatening video of a beheading Gardner’s wife received via text message back in October.

Our RINO U.S. Senator Cory Gardner just announced that he would vote to re-open the complete federal government, with no money for a wall. I think it’s time that he gets ready for a primary in 2020. He won’t win in blue Colorado by trolling for Democrat votes.

Mathai also accused Gardner of acting out of a need for money and power:

House Minority Leader Patrick Neville also disagrees with Gardner. Informed by radio host Chuck Bonniwell on Friday of Gardner’s willingness to forego funds for Trump’s wall prior to reopening the government, Neville replied “Did he say that? Oh that is disappointing.”  He then mocked opposition to the shutdown by musing about its apparent insignificance:

“I don’t know about you, but the world sure has just come to a total stop since shutdown happened. Right? People are dying in the streets.”

The South JeffCo Tea Party called for its members to use the ballot box as leverage against Gardner’s position. 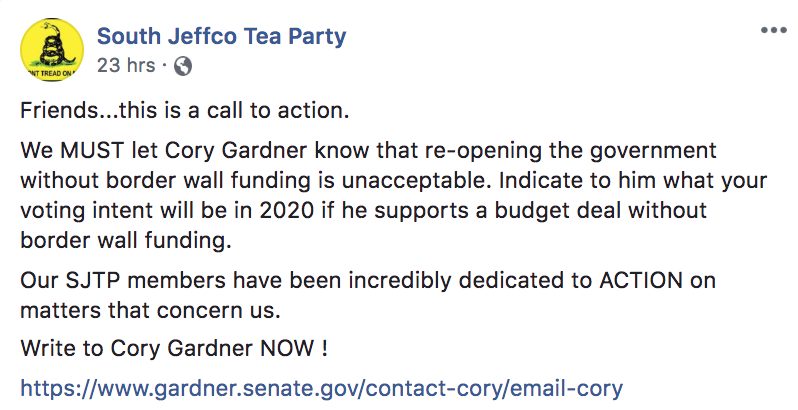 Gardner fared no better on the Western Slope, where the Mesa County Patriots also declared his shutdown statement to be “all the proof needed to ‘primary’ Gardner.”

Despite voting with President Trump over 90% of the time, Senator Gardner has always had a tenuous relationship with his base. Gardner’s reluctance to take public positions or address controversial issues routinely frustrates the far-right, particularly hardcore Trump supporters and members of anti-immigrant groups. 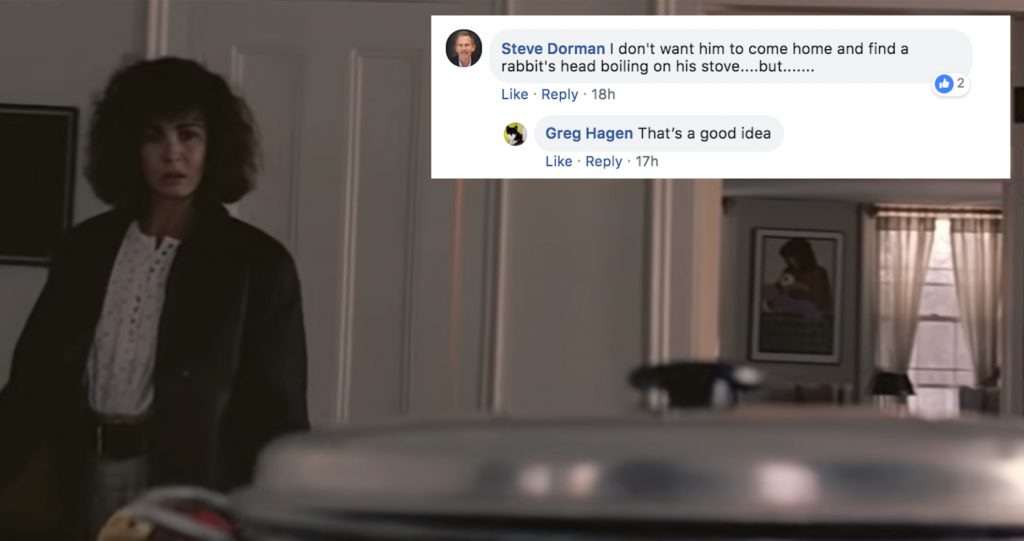