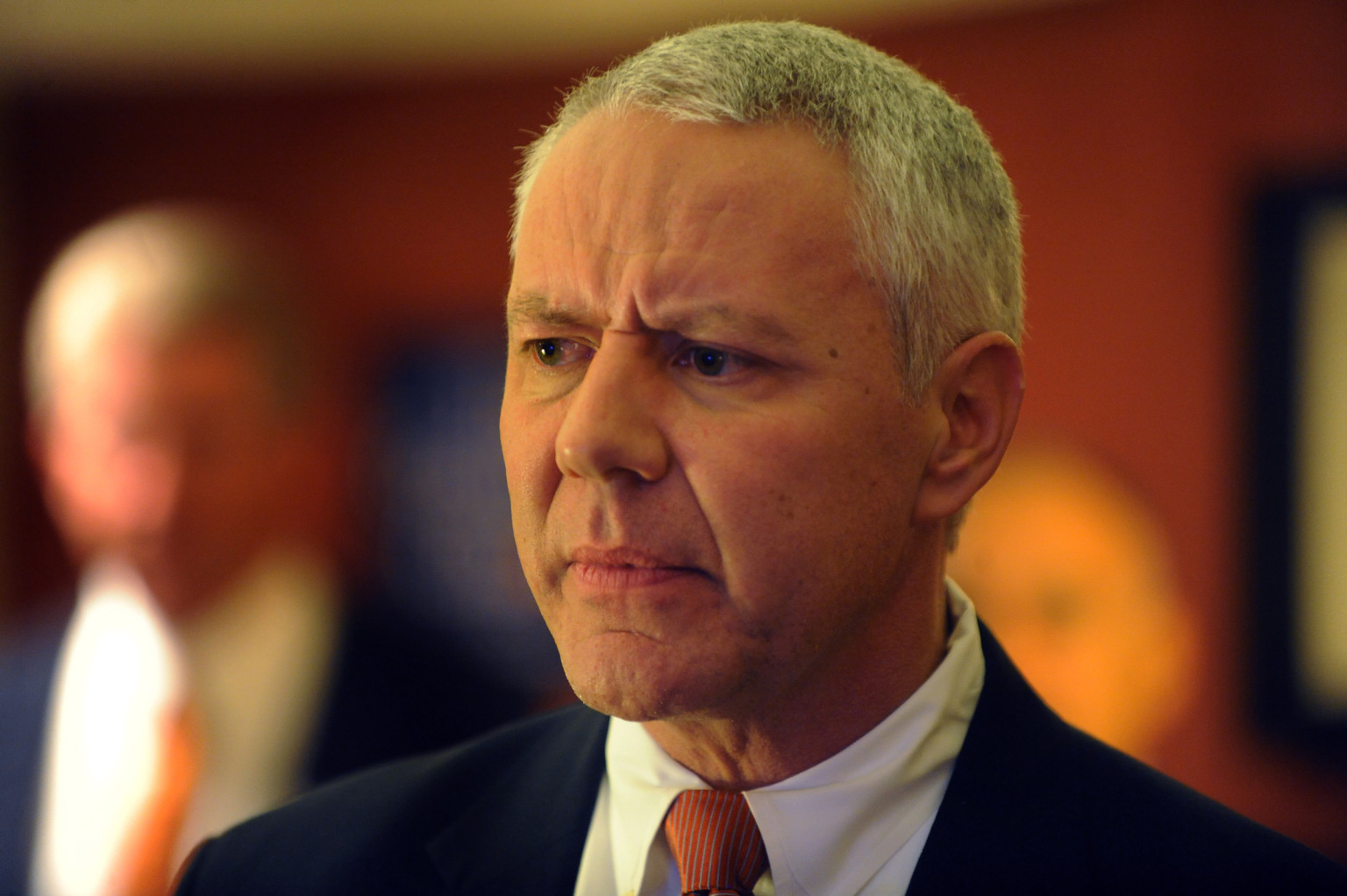 Shortly after calling Democratic Congressman Joe Neguse Boulder “another Cory Gardner,” as in a “ray of sunshine,” U.S. Rep. Ken Buck (R-CO) took shots at one of his opponents in the race to be leader of the state Republican Party.

“I understand that Susan Beckman wants this job. It pays a lot of money. And I understand that she is concerned about competition for this job. Susan Beckman cannot get return calls from a lot of the donors that are friends of mine, who have donated to my campaigns in the past, and who are a staple of this party,” Buck told KNUS radio host Craig Silverman Saturday, in a meandering and entertaining interview. “Susan Beckman has never run a statewide race, or a race outside of a small jurisdiction in Arapahoe County. And I look forward to offering a contrast with her for the State chair position.”

Beckman has said the Colorado GOP should not be lead from someone who spends so much time in Washington DC. Buck

Buck had kinder words for Neguse than Beckman, who’s a Colorado state representative.

“The one Congressman who I’ve gotten to know a little bit better, a freshman Congressman, is Joe Neguse, who took Jared Polis’ position,” said Buck on air. “And I am thoroughly impressed with Joe. Joe is a – just a – he is a ‘Cory Gardner.’ He is a ray of sunshine. He just has this bubbly personality. He is really friendly and a nice person. And I think, while we disagree politically, and we disagree on policy, he’s exactly the kind of person that you want to see in politics.”

“I think the bottom line was that Jason Crow is an outstanding candidate.” said Buck, adding that “moderate Democrats” like Crow will be “forced” to the left once they enter Congress–or watch their Democratic colleagues.

It’s unclear if Buck would count talk radio as a valid news source, given his response to Silverman’s question on where people should get news.

“I think the best place to get our news is to actually go and watch what goes on,” replied Buck. “If you’re interested what goes on in Congress, watch C-SPAN. If you’re interested in what goes on in, you know, the Denver Broncos game, go watch the Denver Broncos game. I don’t think that having people who claim to be journalists, who are actually editorial writers and write in ways that are misleading — I think — is positive.”