In addition to the usual gathering of elected officials and Republican party volunteers, several disability rights activists with the group Atlantis ADAPT joined the festivities.

The group wanted Gardner to grant them a meeting to discuss his reason for being the only member of the Colorado congressional delegation who has not yet signed on to the Disability Integration Act (S. 910).

The bipartisan civil rights bill was introduced by U.S. Sen. Chuck Schumer (D- New York) and U.S. Rep. Jim Sensenbrenner (R-WI). As of August the bill has 24 Senate and 114 House co-sponsors. It would protect the rights of disabled people who require Long Term Services and Supports (LTSS) to live and receive services in their own homes, rather than being forced into institutions.

Dawn Russell, one of the activists pictured below (center), confirmed that they received a photo with Gardner, but no firm promise on sponsorship or a date for an in-person meeting. Prior to the Friday, they talked with Gardner’s state director Andy Merritt, whom they say promised to follow up with the group this week.

Gardner and his staff know the ADAPT activists well. Russell was among those arrested and forcibly removed from Gardner’s office last year, along with Jordan Sibayan (right). 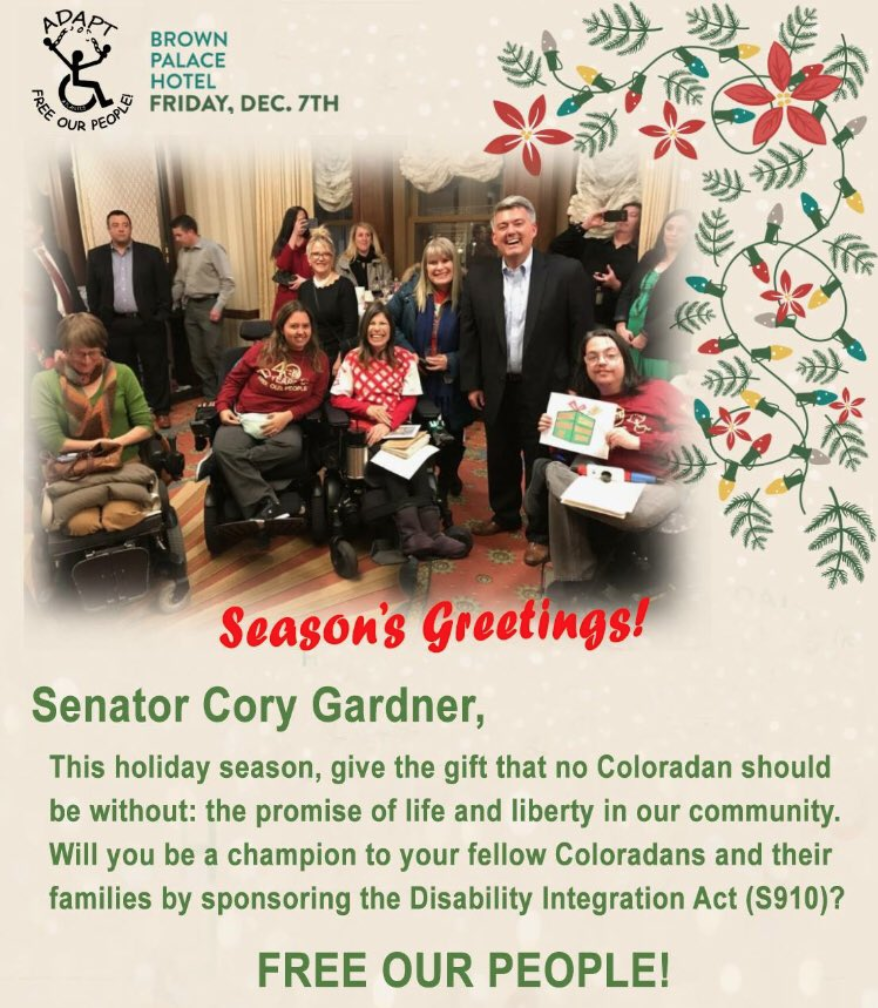 In years past the evening has typically featured speeches by Senator Gardner and others. Gardner delivered his speech via video last year as he was stuck in Washington. This year however, despite a microphone and stand set up in the suite, not one speaker addressed the crowd.