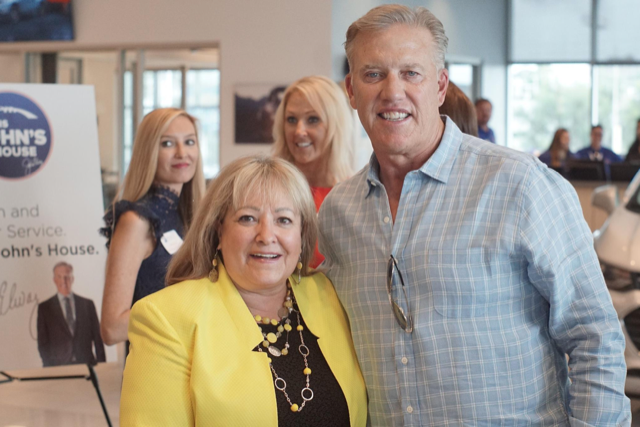 One reason political analysts think the waters of the blue wave won’t be leaving Colorado anytime soon is the absence of a Republican candidate who appears to be able to win.

Bronco legend John Elway has been thought of as such a candidate in the past, even though he’s apparently never really wanted to run.

And, even if he did, he appears to be on a deep losing streak, presiding over both a losing football team and endorsing failed GOP candidates.

Apparently trying to jump to an early lead, the Superbowl quarterback gave $10,000 in August to Better Colorado Now, which spent heavily on behalf Walker Stapleton, who was blown out by Democrat Jared Polis by over 10 percentage points.Whether that entity was playing by the rules when Stapleton helped collect early donations has been questioned.

Elway later handed off $1,150 to Stapleton for Colorado.

Even late in the game, when things were looking bad for Republicans, Elway lobbed in thousands of dollars to state Republican groups, which supported Stapleton, Neville, Jensen, Humenik, and others.

Elway’s mounting losses on the field surely add insult to injury during a painful election season.

Elway has not issued a statement about the election losses, according to a Broncos spokesman, who said the donations have nothing to do with the football team.

For Elway, the guy he picked for governor won’t be getting the job, and his head coach looks like he’ll be gone soon, writes the 247Sports blog, after Bronco’s coach Vance Joseph lost 17 of his 25 games.

But to be fair, many of Joseph’s losses were a lot closer than the Republican collapse in Colorado this year.