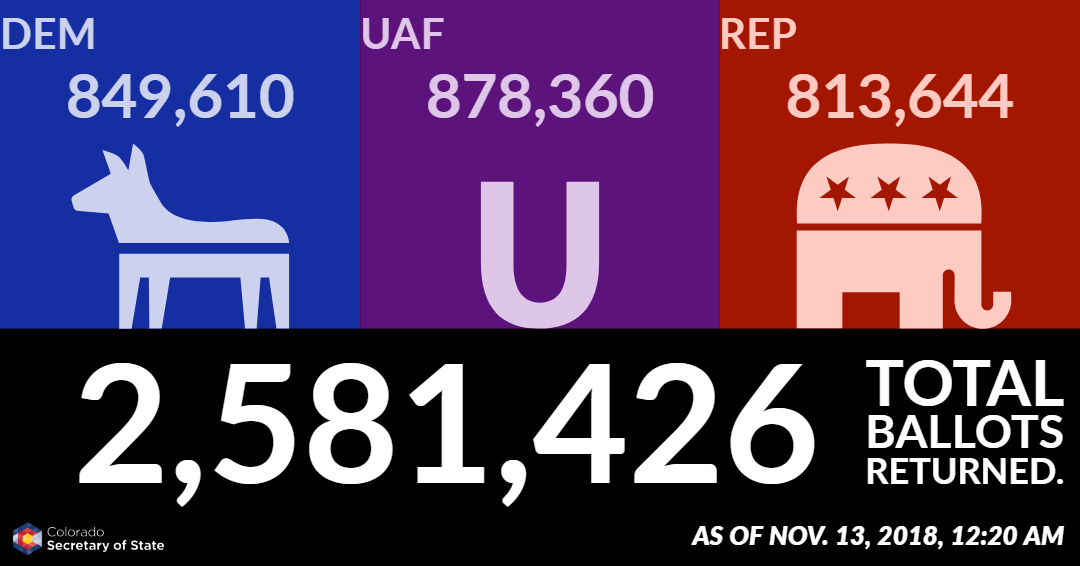 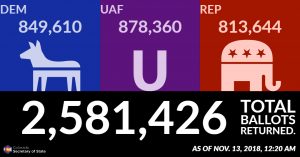 About 62 percent of Colorado voters turned out in the Nov. 6 midterm election, placing Colorado second among all states, according to figures released today by Colorado Secretary of State Wayne Williams.

Minnesota was first, with about 64 percent of voters casting a ballot, followed closely by Oregon, Wisconsin and Montana.

About 71 percent of Colorado voters turned out in 2016, which ranked fourth in the country. Nationally in 2016, the figure was about 58 percent.

Colorado drew 75.5 percent of registered voters to the polls in 2008, the first year Obama won. That was 71.6 percent of eligible voters.