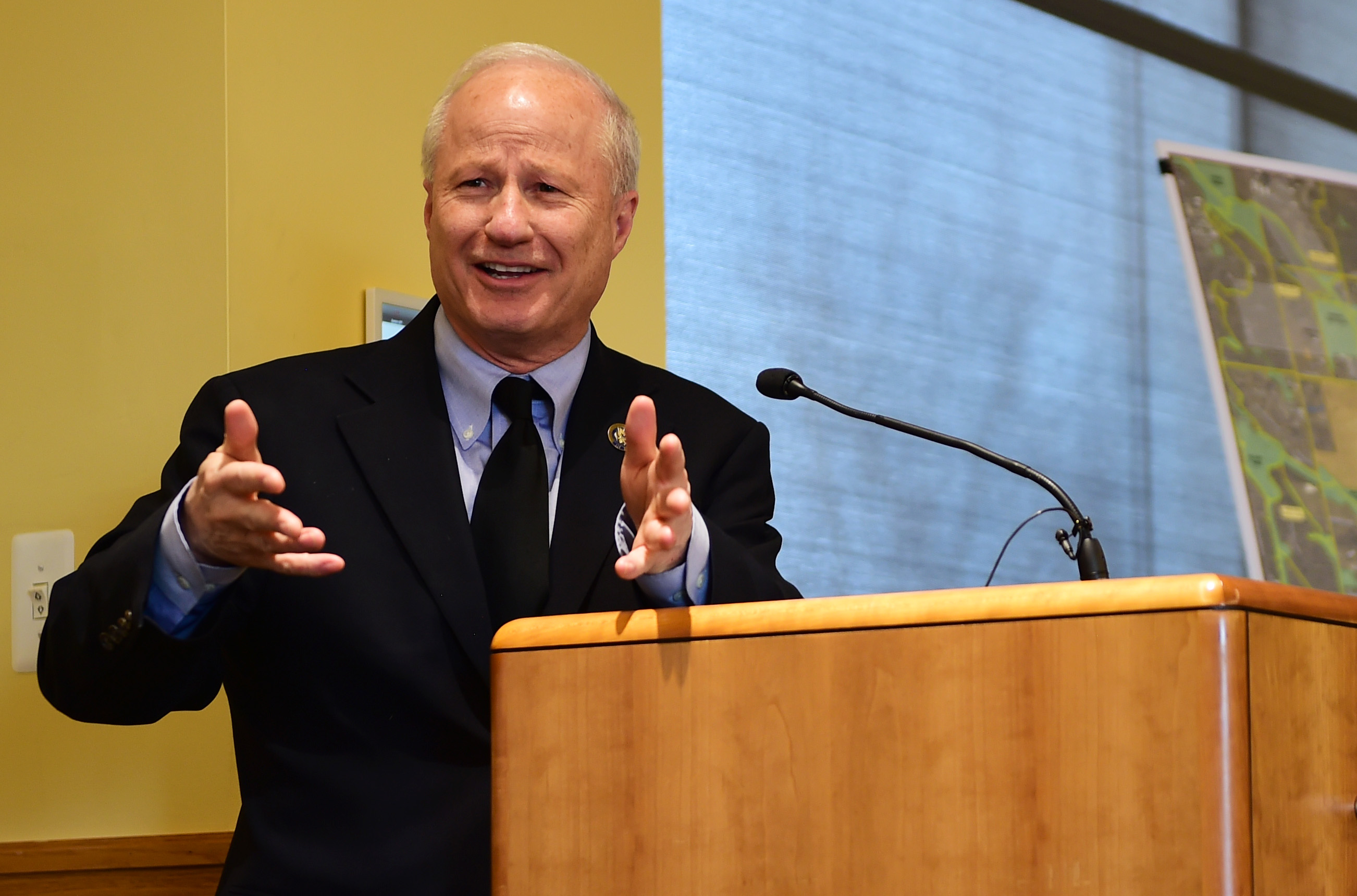 After U.S. Rep. Mike Coffman won re-election in 2016, prevailing in a district carried by Hillary Clinton, even the liberal blog ColoradoPols wrote that the Republican’s “ability to survive so many very different electoral climates and the complete refashioning of his congressional district make another serious run at Coffman increasingly difficult to justify.”

Two years later, Coffman has been voted out, replaced by Democrat Jason Crow.

The difference this year is Trump.

Coffman’s increasingly desperate attempts to define himself as an anti-Trump Republican weren’t believed by voters who apparently saw him as a pawn in Trump’s GOP army. A pawn with a 96 percent pro-Trump voting record, as Democrats repeated throughout the campaign.

Actually, Coffman was more Trump-like during the first 18 years of his political career than he was when he was voted out today. He began migrating away from his hardest-hard-right social conservative stances after his congressional district was redrawn after the 2010 census.

Unlike some flip-flopping politicians, Coffman’s migration was achieved by adopting multiple nuanced positions on controversial issues–with variations emerging over years.

On abortion, for example, he went from proudly opposing all abortion, even for rape and incest, to withdrawing his support for a personhood abortion ban. Later, he voted for abortion ban exceptions, infuriating his personhood supporters.

On immigration, his spectacular metamorphosis took him from calling the Dream Act a nightmare to embracing it, even though he blocked the country’s best shot at immigration reform when he opposed a comprehensive immigration bill, passed in 2014 with bipartisan support in the U.S. Senate. The bill died in the House, and Coffman went on to learn Spanish.

Coffman said his softening on the immigration issue came after getting to know Hispanic people in his Aurora area district, which is 20 percent Latino.

In similar fashion, Coffman once called the expansion of Medicare under Obamacare “very radical, and voted against it multiple times.” Yet, last year he claimed to want to protect it.

In the final weeks of the campaign, as a final act of sorts, Coffman took a bold stance, for a Republican, in appearing to stand against Trump’s denunciation of birthright citizenship.

But Coffman had been previously been full-on against it too, like Trump!

His old conservative stripes would leak out sometimes, but he’d be forgiven. Famously, Coffman said he didn’t know if Obama “was born in the United States of America.” But Coffman did know that Obama “in his heart, he’s not an American.” Coffman apologized.

That’s how he kept his seat, swinging in multiple directions, with real movements to the center mixed in, until Trump defined Coffman’s Republican Party as so offensive and dangerous that it didn’t matter what Coffman said–or how he made himself appear to run to the center.

He was still a Republican in an election that was about Trump, representing a district that apparently has had enough of the president. And Coffman paid the price.

Perhaps trying to deny this reality, Coffman said last week, with no evidence, that The New York Times rigged a poll against him. The Times was right.