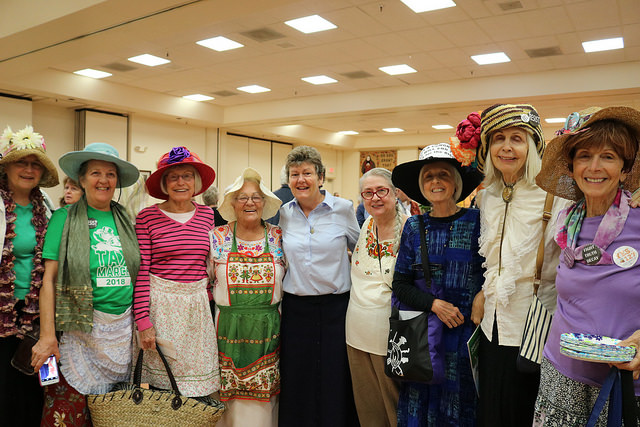 A cross-country bus tour organized by a group of Catholic nuns passed through Denver over the weekend to educate the public about the new tax law.

“Last year, Nuns on the Bus stayed in Washington to keep relentless congressional attacks on the common good at bay, but this year we’re going on the road to hold members accountable for their votes,” said Sister Simone Campbell, director of NETWORK Lobby for Catholic Social Justice, which is sponsoring the Nuns on the Bus tour. “Instead of investing in our shared future and ensuring that everyone contributes their fair share towards the common good, Congressional Republicans enacted a tax law that is disastrous for workers, middle-class families, small businesses, and our economy.”

The Nuns’  ‘On the Road to Mar-a-Lago’ tour will hit 21 states over the course of 27 days, concluding at Mar-a-Lago in Florida with a “Fiesta for the Common Good.”

Thirty Catholic Sisters from across the country travel on the bus.

In 2014 the Nuns on the Bus tour released “We the People, We the Voters!” — parody of Meghan Trainor’s “All about that Bass.” Watch it here: