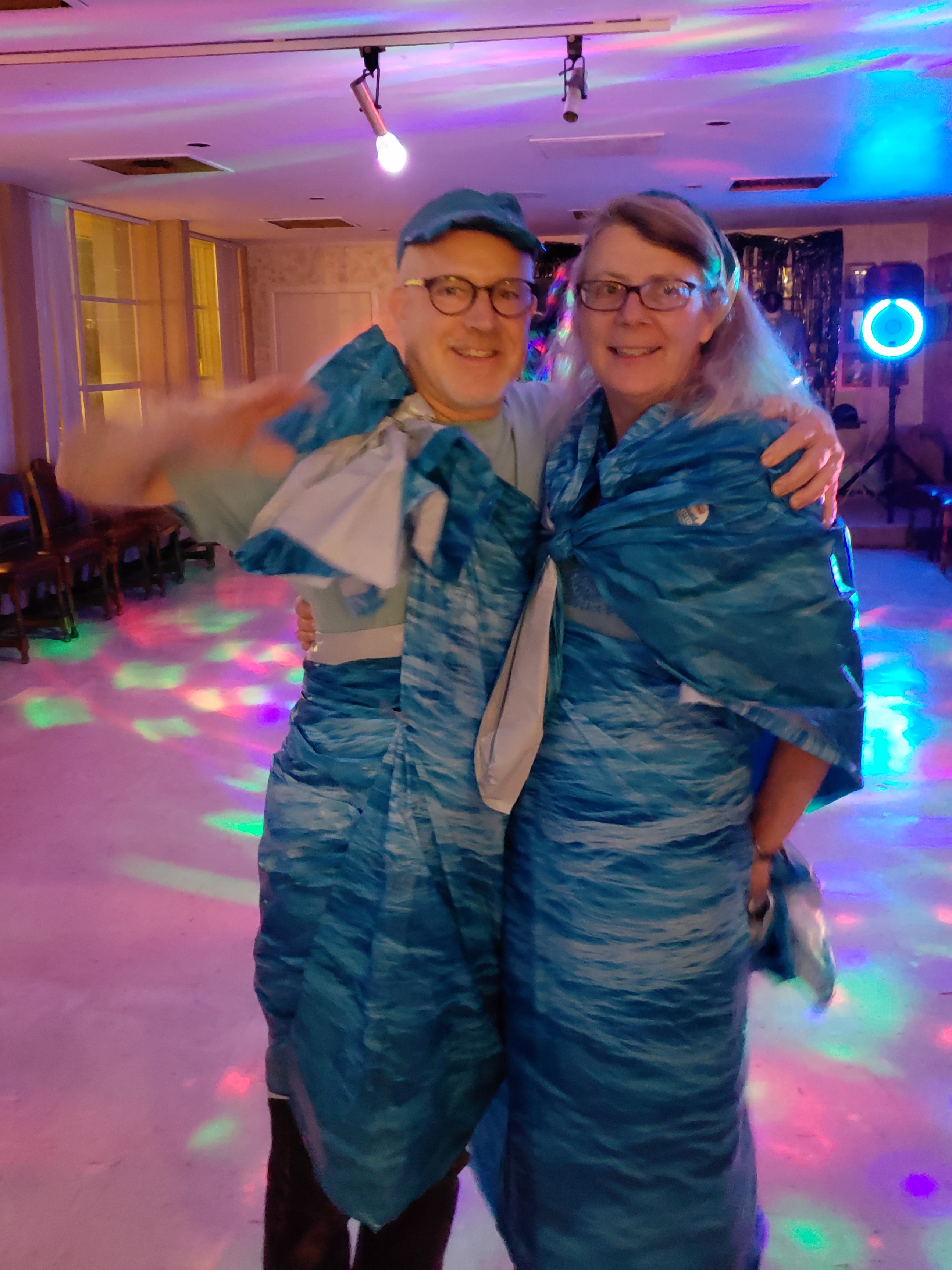 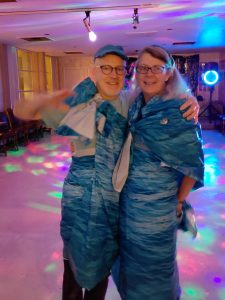 Politics will undoubtedly be well represented on Halloween this year.

At parties over the weekend, Trump made numerous appearances, as did a bloodied Uncle Sam, Fake News, Melania Trump, and more.

Your editor’s favorite costume (bias fully revealed and acknowledged, since it was his and his wife’s costume) was the Blue Wave, which appeared in Denver.

The Blue Wave costume was made of table cloth material with an ocean design on it.

We added “I voted” stickers and made waves for emphasis. 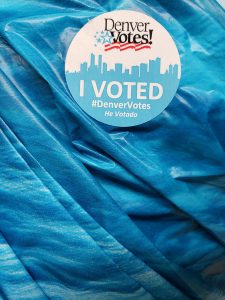 The Blue Wave costume is a politically inspired Halloween joke, and does not imply support for Democrats–but in any case, this article reflects opinion of the writer and is not attributable to the Colorado Times Recorder.