Do GOP Donors Want Their 2018 Election Contributions Used on Recalls? 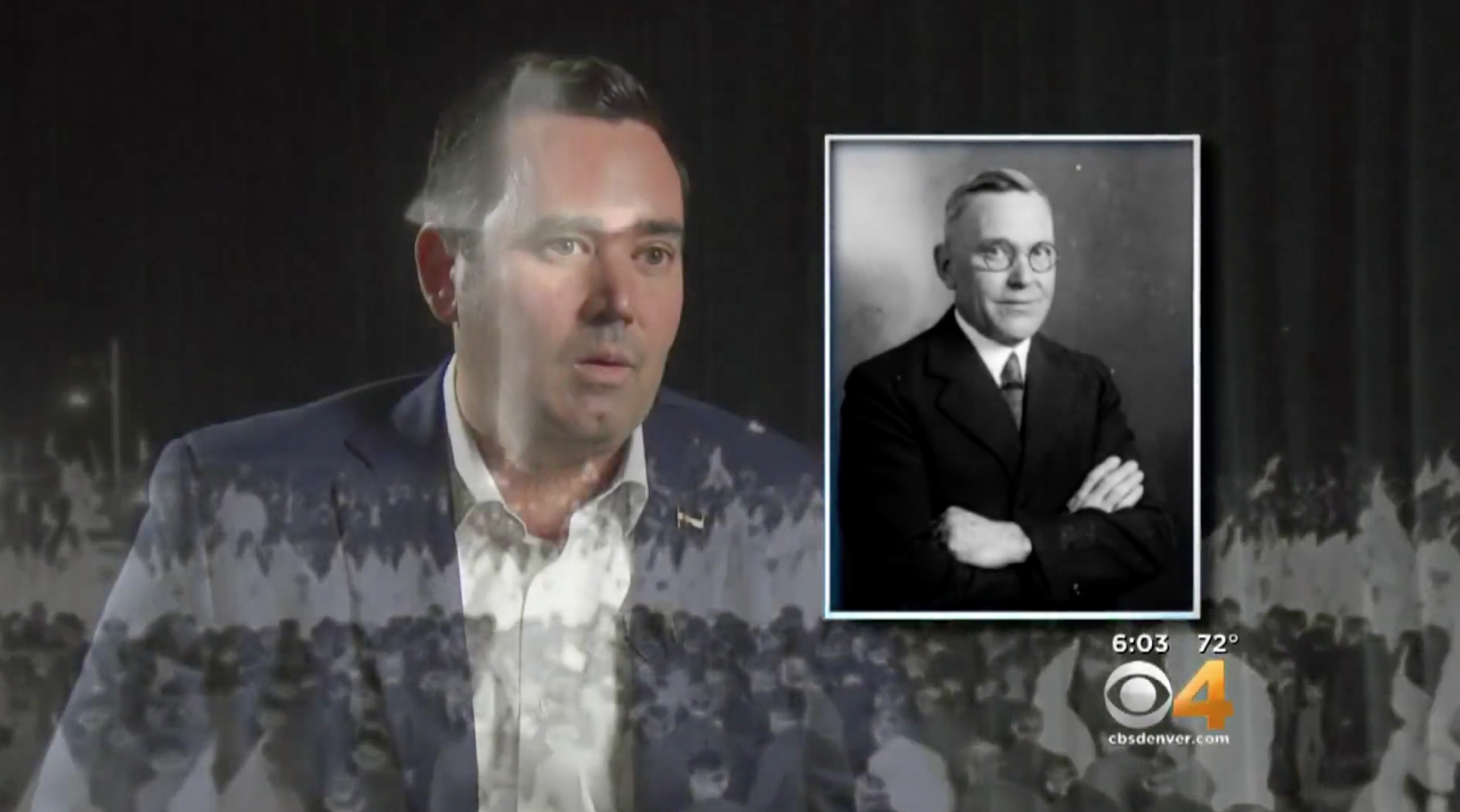 Back in 2011, when Walker Stapleton was freshly elected to be Colorado’s Treasurer, he took time to complain to then Denver Post reporter Curtis Hubbard about how painful it was to get “special permission from maintenance to hang pictures, even if there are already nails on the wall.” 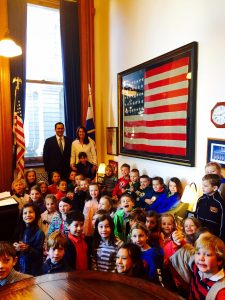 Stapleton eventually got permission to hang his pictures, as you can see in the 2016 photo from his Facebook page on the right.

It turns out that one of Stapleton’s office pictures, just to the left of the American flag in the photo, was apparently a framed newspaper clipping featuring his great-grandfather, Benjamin F. Stapleton, who was mayor of Denver and a leader of the Ku Klux Klan here in the 1920s.

Here’s the headline from an edition of a Denver newspaper called The Monitor: “Denver Must Have Stapleton to Keep Denver Great and Growing.”

You can’t see the newspaper clearly in the office photo, but you get a good idea of what it looks like in the enlarged view below on the right. 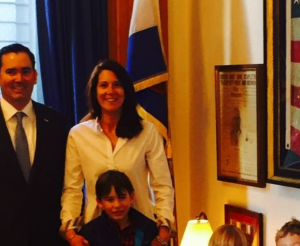 It appears to be the same newspaper clipping that’s featured in Stapleton’s 2009 campaign ad, in which he brags about his great-grandfather’s “accomplishments” (parks, airport) without mentioning the fact that he was one of the state’s leading members of the KKK.

In that 2009 video ad, narrated by Walker Stapleton, the camera passes over the old newspaper while Stapleton refers to his great-grandfather and says, “His accomplishments include building the first civic center in Colorado…”

“Denver Must Have Stapleton”

Below on your right, you can see a still frame of the newspaper clip shown in the Stapleton 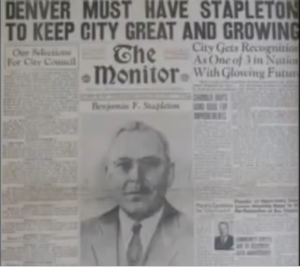 It’s almost certainly the same clip that Stapleton framed and hung in his office, but the Republican nominee for governor didn’t return an email seeking verification and comment.

News reports confirm that the framed article still hung in Stapleton’s office at the Colorado Capitol as late as last year.

CBS4 Brian Maass aired a news story in March 2017, with stinging criticism of Stapleton’s management of the Treasurer’s Colorado Payback program, which aimed to return unclaimed valuables to Colorado residents but was beset by delays and lapses.

In the photo to your right, you can see the newspaper clip hanging on the wall.

But sometime during the last year, Stapleton removed the framed newspaper from his office wall, as you can see in a photograph below on the right, obtained from a source. 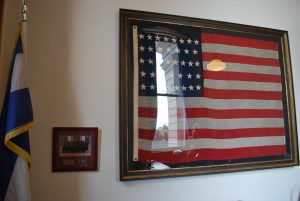 What to make of this? Walker Stapleton’s great-grandfather apparently wasn’t a born-long-ago nobody for Stapleton, as the Republican has been saying, but an inspiration whom Walker Stapleton wanted to be reminded of every day at work (on the days he was there).

But sometime during the past year, possibly in the last few months or weeks as the KKK story grew, Stapleton apparently began to see his great-grandfather as a liability. Perhaps this change of heart occurred suddenly, because this time Stapleton didn’t get “special permission from maintenance” to move the pictures around, according to information obtained via Colorado’s Open Records Act.

Yet, for many weeks, even as he may have been scrubbing his office of newspaper clips, Stapleton refused to talk to reporters about his family’s KKK legacy.

He finally talked last month, telling CBS4’s Shaun Boyd that hate groups and individuals like Tom Tancredo, whose endorsement Stapleton welcomed earlier this year, will “have no place in my administration as governor.”

But he still dismisses his great-grandfather as being irrelevant to his life, as someone who died 25 years before Stapleton was born.

If you visited Stapleton’s office at the Capitol recently, and noticed the framed newspaper clip hanging on the wall, you’d know that’s not true.