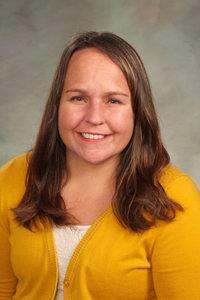 A conservative blog in Colorado responded to a talk radio host’s assertion that Colorado state senate candidate Faith Winter is “overweight” by asserting that, “We don’t know if she’s overweight or not as we have not weighed her.”

The blog, called ColoradoPeakPolitics, opined yesterday that KNUS 710-AM radio hosts Chuck Bonniwell and Julie Hayden should apologize for being “intellectually lazy”–not for calling Winter, who’s an elected state representative, “overweight” and “unpleasant,” as Boniwell did last week.

Then the blog, whose writers are anonymous, went on to list the attacks on Winter that Bonniwell and Hayden should have mentioned if they weren’t so lazy.

They should apologize. No, not because they offered opinions of her. (We don’t know if she’s overweight or not as we have not weighed her and as for her demeanor, we’ll leave that up to you.) But because they’re intellectually lazy…

Chuck and Julie can apologize to Faith Winter if they want. It would be the nice thing to do. But, more importantly, they should apologize to their listeners for being so lazy.

The snarky “dynamic duo” comment may reflect the blog’s lingering anger at Bonniwell, who said of ColoradoPeakPolitics earlier this year:

Bonniwell: “You might as well read press releases and fall asleep, unfortunately.”

Jason, to be fair, we did say that it would be nice if they apologized. But, truly, we have no idea what her BMI is, so any such speculation is simply an opinion.

A second tweet stated that “nobody should care what her BMI is. Vote on her policies, which are terrible.”

Republican bloggers and talk radio hosts are focused on Winter because the outcome of her Adams County race could determine which party controls the state senate. Her race is one of two top state senate seats from which Democrats hope to dislodge Republicans, who effectively hold a one-seat majority in the chamber. The other is a Jeffco race pitting State Sen. Tim Neville (R-Littleton) against Democrat Tammy Story.