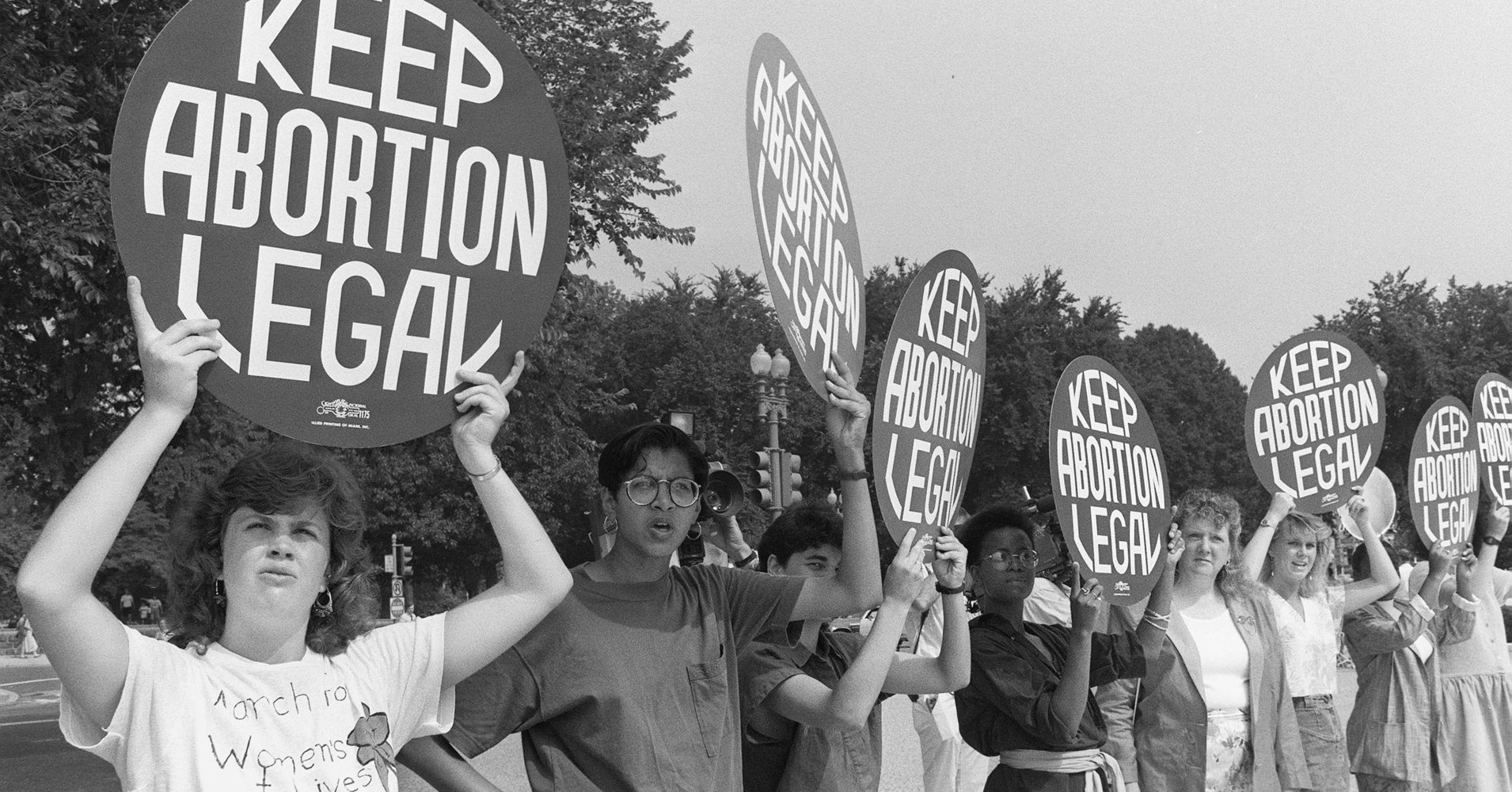 The news of Justice Anthony Kennedy’s retirement from the U.S. Supreme Court represents a nightmare scenario for supporters of reproductive justice, bringing to fruition their worst fears of the Trump administration’s ability to make a long-term impact on abortion rights.

Without Kennedy, who repeatedly affirmed abortion rights despite siding with conservatives on many issues, the future of the monumental Roe v. Wade decision, which legalized abortion in 1973, is incredibly fragile.

A vacant court seat represents an opportunity for President Trump to carry out his campaign promise to appoint pro-life Supreme Court justices who would do away with the constitutional right to an abortion.

States could once again have the power to decide when and whether to allow abortion, just as they did before Roe.

So where does Colorado stand?

In many states, conservatives have long been leading a successful effort to pass as many restrictions on abortion as possible, and some have so-called “trigger bans” that would immediately spring into effect to make abortion illegal should Roe be overturned.

But other states have been taking proactive steps to secure abortion rights through state laws that are completely independent of Roe.

Unlike states where abortion rights would immediately be at risk, Colorado has no laws that could significantly restrict access to abortion in the absence of Roe. In fact, the only restrictions on abortion in the state are a ban on state funding for abortion and a requirement that parents of minors be notified before their children receive abortion care.

Colorado’s legislature has never adopted anti-abortion policy language, either. Neighboring Utah, by contrast, has a state law that recognizes the legal personhood of a fetus and expresses the legislature’s intent “to protect and guarantee to unborn children their inherent and inalienable right to life.”

But this doesn’t mean that abortion rights are totally secure in the state of Colorado – only that they’d be secure immediately following the overturning of Roe. Because while there’s nothing on the books that could restrict abortion in Colorado, there’s nothing protecting it, either.

“We would be better positioned if we had affirmative protections for abortion care in the state in the long run,” said NARAL Pro-Choice Colorado’s Karen Middleton. “Because we have nothing affirmative on the books, we really are at risk of either federal law or court cases that could roll back any protections we have by having an absence of law.”

Colorado could follow suit with many coastal states that have recently moved to pass laws protecting abortion, but that all hinges upon whether Colorado elects a pro-choice governor and a pro-choice majority in the state legislature in November.

While Democratic nominee for governor Jared Polis is a strong supporter of reproductive rights, advocates see a foe in his Republican opponent Walker Stapleton.

“We already have Walker Stapleton on the record saying that he wants to be a pro-life governor,” said Middleton, “and that should be a disqualifier for most voters in the state.”

If Stapleton were elected governor, it’s highly unlikely that he’d sign a bill protecting access to abortion into law. But as it stands, the state Senate, which is narrowly controlled by Republicans, wouldn’t let a pro-choice bill move forward either.

“I cannot stress the importance of how critical it is at this point in history that we have a pro-choice majority in our state government,” said Sarah Taylor-Nanista, the Executive Director of Planned Parenthood Votes Colorado. “Holy cow does this illustrate how much elections matter.”

And not only does the upcoming election matter for Colorado, said Taylor-Nanista, but it will have a huge impact on surrounding states as well, where the risk of losing abortion rights is high.

“It’s extremely important that Colorado remains free to serve as a home base for abortion providers and medically safe care for women who are going to be traveling here,” said Taylor-Nanista, adding that Planned Parenthood saw an influx of women seeking abortion care in New Mexico after Texas shuttered many of its abortion clinics due to harsh regulations. “We absolutely saw women crossing state lines.”

Colorado is surrounded by states with anti-choice state legislatures that could immediately move to ban abortion, including in Wyoming, Utah, Arizona, Kansas, Nebraska, and South Dakota. Some of those states have already passed laws banning abortion after 20-weeks, laws that are sometimes deemed unconstitutional by the courts, but would be fair game without Roe. And most of those states have adopted policy statements that reflect fetal personhood.

These state laws are part of an insidious strategy for ending abortion that’s been in the works for years.

“Instead of overturning Roe v Wade, they may do through the Supreme Court what they’ve been doing state by state in chipping away at the rights effectively without having to overturn that precedent,” said Taylor-Nanista. “So regardless of what happens, this is going to be a states fight.”

Middleton agreed that conservatives could simply continue restricting abortion until Roe is essentially meaningless, a strategy that’s more secretive than taking out Roe in one fell swoop.

“What’s very concerning is that you’re hearing this narrative from the right that Roe is not on their agenda, but we firmly believe that this is not the case,” said Middleton. “If you look at the narrative and the work that Americans United for Life (AUL) has been doing, this has been their strategy.”

AUL has been acting as the legal arm of the pro-life movement for the past several years, crafting state legislation that imposes everything from bans on abortion after just 6 weeks to required funerals for fetuses. In a 2015 interview with The Atlantic, Charamine Yoest, the CEO of AUL at the time, explained that her organization aimed to lay the anti-choice groundwork in states with the eventual hope of Roe being overturned and states once again being in charge of regulating abortion.

In 2017, President Trump appointed Yoest to serve as a high-ranking member in his Department of Health and Human Services, proving to conservatives that he’s all-in on their strategy for stopping abortion.

“This is why a lot of people voted for President Trump,” Jeff Hunt, the Director of the conservative Centennial Institute at Colorado Christian University, told Fox 31 Denver’s Joe St. George after news of Kennedy’s retirement broke. “We would like to see ultimately repealing Roe v. Wade — allowing states to make those decisions.”

Thanks to a Democratic majority in Colorado’s House of Representatives, efforts to pass anti-choice model legislation here have been repeatedly thwarted. Just this year, Republicans in Colorado’s Senate failed to advance a bill that would have required doctors to give patients scientifically inaccurate information about abortion. Another bill went so far as to ban nearly all abortions.

But these bills typically don’t get much attention, given that they’re never likely to pass. Still, they indicate that preventing women from getting abortions is still a top priority for conservatives in the state.

“It’s important for understanding the larger strategy of the other side,” said Taylor-Nanista, adding that such legislation is passing in other states, and occasionally making it up to higher level courts.

Despite the uphill battle ahead, Taylor-Nanista said she still has hope given that Colorado voters repeatedly rejected fetal personhood at the ballot box by a wide margin.

“That 71 percent that supports Roe needs to be heard loud and clear now,” said Taylor-Nanista. “You don’t get to show up for one march and go home. This is a long-term fight.”