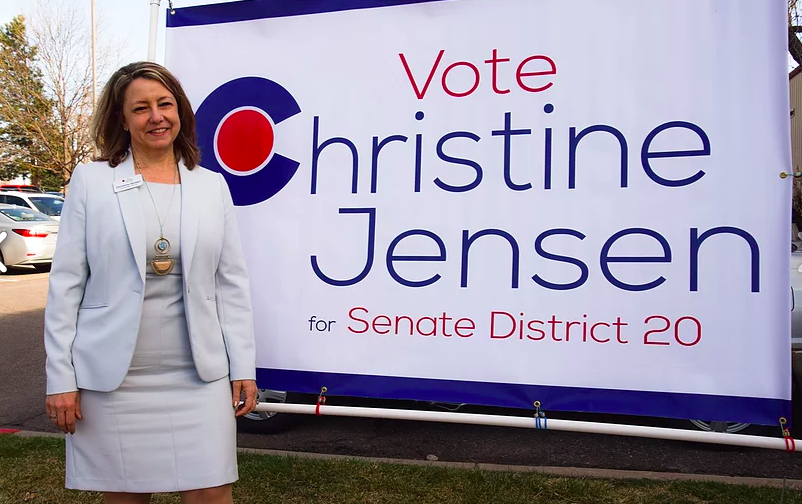 At a campaign stop last month in Wheat Ridge, Colorado State Senate candidate Christine Jensen said “abuses abound” in Colorado’s health insurance program for the poor, which she said is a significant cause of Colorado’s budget woes.

“There are some that would much rather drive a nicer car than pay for the health care for their own family,” said Jensen, a Republican, in a Facebook video of the event.

Asked yesterday to clarify how many such people are in the Medicaid program, Jensen said she didn’t know the specifics but it “needs to be investigated.”

The Colorado Times Recorder was unable to identify records that illuminate how many Medicaid recipients are doing this, and how much money could be saved from taking away their health insurance.

Jensen also said that the state has a “moral obligation” to provide health insurance for poor people who “truly need it,” but she said in the video that there are “not nearly enough” efforts to crack down on Medicaid abuses.

That’s a critique frequently leveled at Obamacare recipients, and Jensen told me she favors repealing Obamacare and replacing it with an unspecified “better system that would drive down the costs of health care.”

Jensen, who’s in the mortgage business, said she didn’t track efforts by congressional Republicans to repeal Obamacare last year closely enough to be able to say whether she supported any of the Obamacare-repeal bills offered.

Jensen is correct that many folks on Colorado’s Medicaid rolls have jobs. In fact, state officials say about 75 percent are working.

The employers of these low-income people often don’t offer health insurance and sufficient wages or hours to allow them to meet their basic needs in Colorado, where about a quarter of workers earn less than $12.48 per hour, according to the left-leaning Fiscal Policy Institute.

Like Jensen, many conservatives express frustration with “able-bodied” adults receiving Medicaid. State officials don’t know how many Medicaid recipients could be called “able-bodied,” in part because many have unreported mental or physical challenges. In any event, they say, it’s a small fraction of Medicaid recipients in the state.

But Medicaid backers say it’s irrelevant how many “able-bodied” people are on the rolls anyway, because Medicaid exists to help struggling citizens who can’t afford health insurance. The program represents the commitment to help anyone who’s hit hard times, even if they are able-bodied, they say.

“’Able-bodied adult’ is the new ‘welfare queen’ – a mythical, undeserving American who is somehow not worth helping,” said Wood via email.