A Portrait of a Mass Murderer 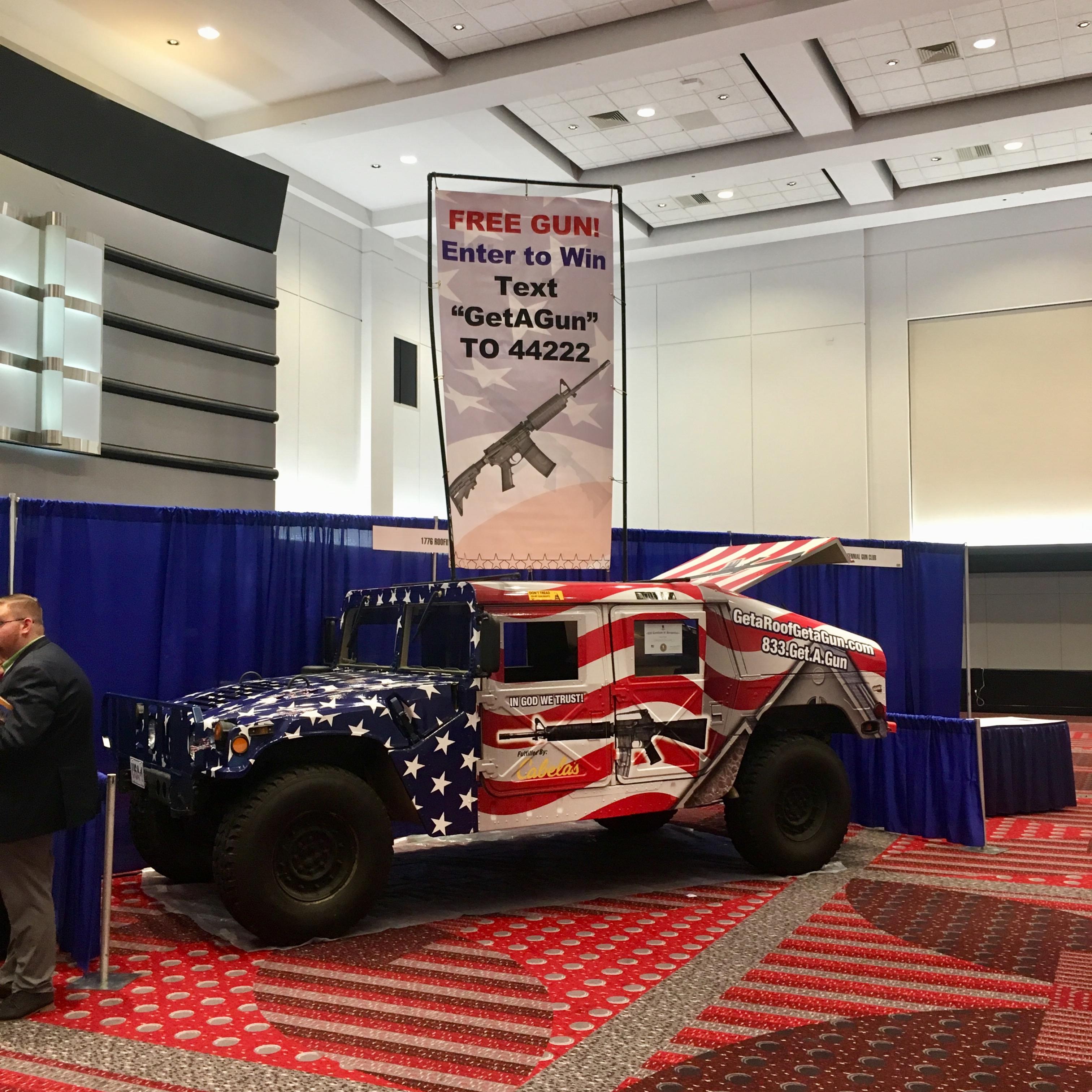 I bounced around the Western Conservative Summit, which is billed as the “largest gathering of conservatives outside of Washington DC,” and I kept thinking, how can this colossal event possibly help the conservative cause, much less the Republican Party?

My first stop was the exhibit hall, where I found a booth for the “Association of Mature American Citizens.” Exactly what the right-wing needs, I thought.

But it turned out to be an alternative to the AARP, because the AARP is considered a leftist entity!

But the AARP is one of the most popular mainstream organizations in our country, I told the woman at the desk.

No, she replied, it needs to be replaced with a group that will protect health care from government control and balance the budget.

I was passing the “NRA: Stand and Fight” booth when I saw Raymond Garcia, a Republican candidate for Colorado State House. He made the Denver Post a while back for his extreme Facebook posts, like, “Hillary Meal Deal: Two Fat Thighs, Two Small Breasts, and a Bunch of Left Wings.”

At a time when women appear to represent the decisive force in American politics, it’s hard to see how Garcia can be anything but a destructive element for conservatives. But the former Marine didn’t flinch, telling me, “You have to fight fire with fire,” and promising to battle the left with the same tactics it uses on the right.

Next stop, the Colorado Right to Life table, which is also likely to grab the attention of all those mobilized women in America.

Colorado Right to Life is a no-holds-barred group that opposes all abortion, even for rape, arguing that the crime of the father has nothing to do with the acceptability of abortion.

I picked up the group’s brochure, which read in part: “In 1973 the Supreme Court ‘legalized’ abortion. None of the states defied this tyrannical decree. The murder of children became commonplace in the most Christian Nation on Earth. Pro-life fundraising groups and politicians arose with the promise to fight abortion. Yet, here we are 45 years later–and children still die by the millions.”

I then walked past the table of Mitt-Romney-Nephew Doug Robinson, who’s one of the leading gubernatorial candidates and who recently said he voted for the personhood initiative, which would have enshrined the abortion position of Colorado Right to Life in the Colorado Constitution–and banned abortion even for rape.

Not surprisingly, the personhood amendment that Robinson voted for was overwhelmingly defeated by Colorado voters. Three times!

At this point in my day at the Western Conservative Summit, I was wondering how these conservatives think they can win in America this year, with the blue Tsunami rolling across the country from my beloved California?

So it was beautiful, in the most ironic way, when I saw a workshop on how conservatives can learn talk to people who disagree with them. It was titled, “Politics over the fence: engaging with our neighbors.”

Just what these people need!

On my way to the workshop, I see anti-government KHOW radio host Jon Caldara. He can’t walk five steps without being greeted or hugged by someone, as if he’s a celebrity. And this is a guy who thinks every gun-safety regulation, no matter how basic, marks the near collapse of the U.S. Constitution. Do his fans at the WCS realize how off-putting this man is to real people who actually want to do something about gun violence?

At my workshop about talking to the other side, the moderator is telling hundreds of people in the room that he and the other three white male panelists will teach them “how to be good stewards of conservative ideas.”

Some of their advice made sense, for them. But it was mostly non-substantive or untrue, and, even worse from their perspective, it seemed to contradict what I was seeing outside the confines of the workshop.

At the end of the workshop, a man told the panelists that he didn’t think any of their advice would work, because the other side doesn’t care about facts at all. This was greeted with applause.

“It’s all about emotion with them,” he went on to say.

“I completely agree,” said the moderator.

At this point, I’d had my hand raised for a while hoping to ask the panelists why they didn’t include a progressive on their panel–or possibly someone who disagreed with them an itsy bitsy bit. How about a reality check?

But the moderator said, “I see some hands out there. But I’m sorry. They are kicking us out of this room in three minutes.”

I left, looking forward to the cool blue waters of the wave boiling and forming now–and heading our way in November.

CORRECTION: An inaccurate description of a banner was removed from this post.