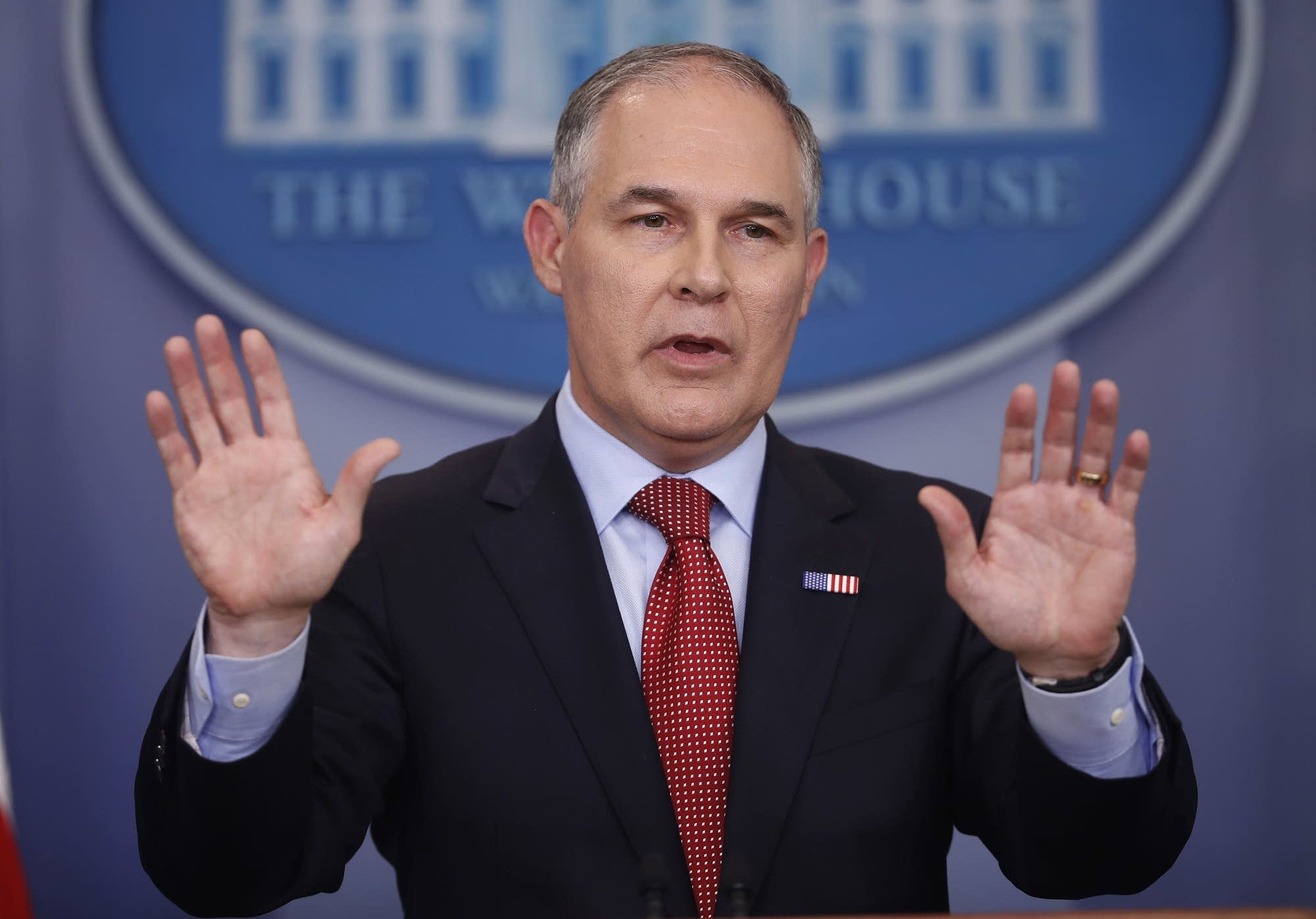 Scott Pruitt, appointed by President Trump to head the Environmental Protection Agency, was in Denver Friday to give the keynote address at the Western Conservative Summit, and he spoke with local talk radio host Steffan Tubbs (KNUS, 710am) earlier that afternoon, anxious to deflect criticism of his short tenure.

Scandals have surrounded Pruitt at the EPA, including allegations of exorbitant expenditures on kitsch, travel, and security detail, as well as using government employees for personal errands, wrangling a crony deal on his rent from a DC lobbyist, and approving disproportionate raises for two of his own EPA appointees.

Tubbs acknowledged Pruitt’s “controversial” image out of the gate.

But Pruitt preferred a characterization of “consequential.”

When asked about the controversy surrounding him, Pruitt quickly deflected by promoting the popularity of President Trump and his agenda, suggesting that criticisms directed at himself and Trump are products of cynical resentment from political opponents.

“The President gets it. […] We’re living in a transformational time. He deals with criticism and difficulty all the time because he’s charging the hill.

Pruitt believes that previous to the Trump administration, the EPA overstepped its authority, while pursuing policy objectives that were ineffective and undermined the competitive viability of American industries and the economy.

“[The] Paris [Climate Accord] was not about CO2 reduction. It was a bumper sticker. It wasn’t about action. It was truly to put America at a disadvantage with the rest of the world. And [President Trump] fixed it. He stood in the Rose Garden and said, “We’re going to get out of the Paris Accord.” And we’ve been, obviously, taking steps to do that at the [Environmental Protection] Agency.”

Reiterating the guiding principles of his leadership (shrinking government, deregulation and rolling back environmental protections, and ceding control to localized government entities) Pruitt asserted that private business and property owners are responsible stewards and partners in protecting natural resources and public lands.

He also claimed that environmental outcomes have improved, such as accelerated clean-ups of superfund sites and carbon dioxide emission reduction.

And he didn’t miss the opportunity to cite his now-familiar tagline:

“You truly can have your cake and eat it, too.”

Seeming sympathetic to Pruitt’s plight as a piñata for environmentalists, Tubbs asked Pruitt if he had seen PBS’s Frontline story on the EPA under Pruitt’s direction.

Listen to Pruitt’s entire interview with Steffan Tubbs below: