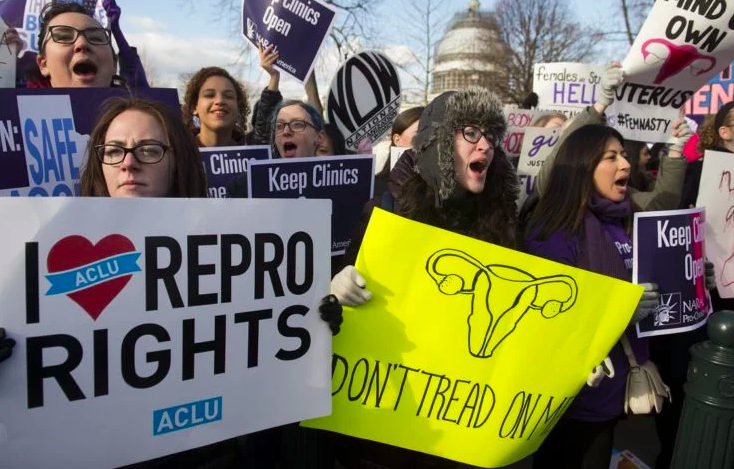 Democratic state lawmakers introduced a bill yesterday that aims to increase access to all reproductive care and protect Coloradans from the Trump administration’s rollbacks.

The Reproductive Health, Rights, and Justice Act would require all public and private health insurance plans regulated by the state of Colorado to cover the entire gamut of reproductive care, from cancer screenings and prenatal care to contraceptives and abortion, at no cost to the patient. And the bill guarantees that coverage for everyone, regardless of gender identity, income, or immigration status.

According to the Colorado Organization for Latina Opportunity and Reproductive Rights (COLOR) it’s a “proactive bill with some real teeth,” and the bill aims to address a key barrier to reproductive care: affordability.

“When it comes to marginalized communities, affordability is one of the biggest hurdles,” said COLOR’s Karla Gonzales Garcia. “You can have the right to seek reproductive health care and abortion, but if you can’t afford the care, you can’t access that right.”

In addition to improving access to services like abortion and contraception, the bill also seeks to improve maternal health, a critical undertaking given that the U.S. has the highest maternal mortality rate in the developed world by a wide margin. And that rate continues to rise while other countries have managed to make childbirth safer.

“A lot of it is due to complications in labor and during pregnancy, but a lot of it is also happening postpartum when people don’t have appropriate care for healing or post-delivery complications, when they frankly don’t have health coverage and then they’re having long-term health consequences and even dying,” said Garcia. “And so we see this legislation as really important to addressing maternal mortality and maternal health issues for women of color.”

As it stands, women who receive Medicaid coverage during pregnancy also receive 60 days of postpartum care. This bill would extend that coverage period to 180 days.

It would also rid the state of the 5-year waiting period for Medicaid coverage imposed on immigrants.

“It really says a lot about Colorado’s values to protect and affirm the health and dignity of immigrants,” said Garcia.

In accordance with federal and state laws, government funding generally cannot be used to pay for abortions, meaning that women on Medicaid will continue to have to pay out of pocket if they choose to terminate their pregnancies. But the bill would expand Medicaid coverage for other reproductive care.

NARAL Pro-Choice Colorado’s Karen Middleton says the bill is partially a response to attacks on reproductive health from the Trump administration, which has moved to roll back the Affordable Care Act mandate for employers to cover contraceptives under their health insurance plans.

“The current federal administration continues to add and adjust restrictions that are coming down and being implemented,” said Middleton, adding that she’s spoken with several women who have been denied coverage for IUDs that were covered by their insurance plans before Trump began making changes.

“That’s the effect of the Trump administration rollbacks,” said Middleton. “They are beginning to say you don’t need to cover these things, even though our state has been a leader in long-acting reversible contraception and in lots of areas of protecting access to women’s health care.”

Colorado has historically been a trailblazer when it comes to reproductive health care. Colorado was the first state to legalize abortion more than 50 years ago, before the Supreme Court granted abortion rights to all Americans. In 2008, the state began its long-acting reversible contraception (LARC) program, which provided IUDs to low-income women in the state. That program was extremely successful at preventing unplanned pregnancies, cutting both the teen birth rate and the abortion rate in half. And just last year, Colorado Democrats succeeded in pushing legislation that improved access to contraception by allowing women to pick up a year’s supply of their birth control prescription, rather than just one to three months worth.

And Colorado voters have repeatedly shown support for reproductive rights, as evidenced by their rejection of three ballot measures that would have enshrined fetal personhood in Colorado’s constitution, most recently in 2014.

But Republican lawmakers in Colorado have repeatedly introduced legislation restricting access to abortion, including a bill this year that would have resulted in a near-total ban on the procedure. They’ve also pushed measures that add hurdles like mandated ultrasounds and waiting periods for abortions. Such legislation continues to be defeated in the Democrat-controlled House of Representatives.

By contrast, the measure currently being proposed by Colorado Democrats is one of the most progressive reproductive health care policies in the country, building off of similar measures passed in Oregon and Washington.

With the 2018 legislative session nearing its conclusion, and with a Republican-controlled Senate, it’s unlikely the bill will pass this year. But Middleton says she had “grave concerns” about waiting until 2019.

“We’re beginning to have this dialogue with the community now and beginning to point out where things aren’t covered around reproductive health care that can really make it dangerous for women,” Middleton said.

The bill, which is sponsored by state Rep. Daneya Esgar of Pueblo, currently awaits action in the House Health, Insurance, and Environment committee.